If you haven’t noticed from the surge of Canberra pride, it is Canberra Day long weekend on Monday. Thinking of a stay-cation and wondering what cool things Canberra has to offer? Check out Festival Muse. 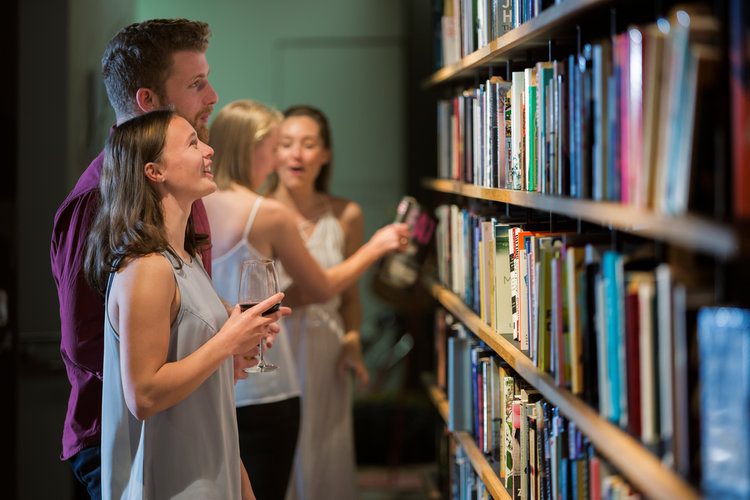 Well, quite a lot; the Cupping Room takes over the kitchen one night – the Muse head chef is apparently excited and delighted to take a short holiday, as well as a family friendly burgers and beer style picnic with a chef, writer and gardener at Telopea Park. Stimulating speeches including an interrogation of award-winning author Robyn Cadwallader, a discussion with leading figures in Canberra’s classical musical scene (talking vegetables), behind the scenes with female journalists, a panel of three historians, as well as tales of queer stories and LGBTQI talent.

According to Dan Sanderson, one-half of the Muse business, they had always wanted to do a festival and to build a sense of occasion. They had been looking at a long weekend for the event, then thought, “why not celebrate Canberra Day?”

“We were consistently finding really interesting people who lived in Canberra,” said Dan. “There are people who have created some amazing things.”

When you think about it, Canberra does really have a super cool writing and literati scene. We have four universities and some great minds thinking and writing great things. Just Canberra gets overlooked as a thought capital because authors and interesting people aren’t always badged as ‘from Canberra’ or they need to go elsewhere to gain recognition. Until now, we haven’t had a lot of bookstores and public places for authors and interesting people to discuss their work. But thanks in part to Muse, that is changing.

If you are thinking of attending a Festival Muse event, the big tip is to book early. Two events have sold out already, including the Women of the Press Gallery festival opening, and an in-depth ‘Bipartisan’ discussion about managing work, family and creativity with Virginia Haussegger and Mark Kenny. The picnic finale is free, but Muse recommends registering (especially if you want a seat).

Where: Muse, East Hotel, 69 Canberra Ave, Kingston (except for the picnic, which is at Telopea Park)

Birchy Birchy - 15 minutes ago
A great article 😁 View
Emily Grace - 1 hour ago
Martin McMaster True. What about the casual dates, long distance relationships etc? Are they meant to be the "oppressed" or "... View
Rachel Lemon - 1 hour ago
Karen Baldwin ask them ‘which husband?’ Their faces will be priceless! 😂 View
Food & Wine 7

JS9 - 4 hours ago
Whether they should or not, the markets do care, because the credit ratings invariably drive the interest rate at which insti... View
JS9 - 4 hours ago
To be fair - an implicit guarantee exists in the form of the RBA. Because it can always print money and buy Government bonds... View
Heavs - 5 hours ago
Dear Chewy and JS9. Thanks for pointing out how things actually work inside government finance. But actually, here is another... View
Community 8

Of all the legislation that the Morrison Government has decided to prioritise, its voter identity bill is arguably the least...
News 64

The outsourcing of Australian Public Service (APS) work, including the use of consultants, has been described as an industry full...
Opinion 46

@the_riotact @The_RiotACT
Being caught drink or drug riding an #e-scooter could set you back more than $3200 under new ACT Government legislation introduced on Wednesday https://t.co/BXeTu3ief9 (23 minutes ago)

@the_riotact @The_RiotACT
Draft terms of reference for the #OrroralValley fire inquiry reveal it will likely explore the operation of an Army #helicopter, the light of which may have sparked the devastating #blaze, and the actions of its crew https://t.co/eWk0EVq9B2 (1 hour ago)

@the_riotact @The_RiotACT
RT @Breaking_247: Mrs Kim's Donuts at Kingston has closed amid unconfirmed reports it is the source of dozens of food poisoning complaints… (2 hours ago)