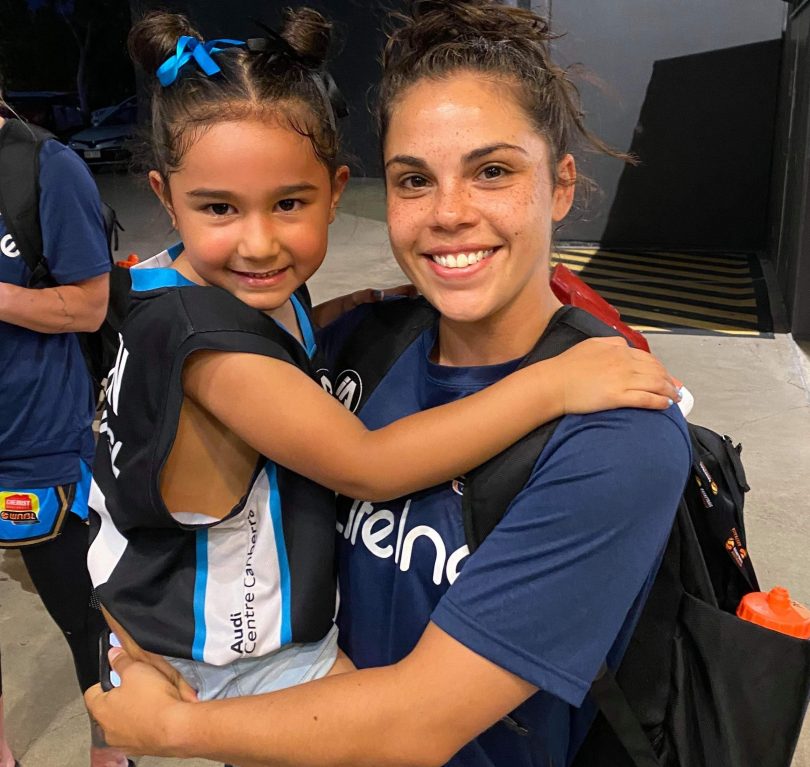 Five-year-old Maia Paku is possibly the University of Canberra Capitals’ youngest fan. She is looking forward to watching her favourite players hit the basketball court during their first home game in almost two years when they take on the Sydney Uni Flames on Sunday, 12 December.

She may be tiny, but Maia’s smile is huge when she’s watching the WNBL players in action at the National Convention Centre Canberra (NCCC), and she hopes to one day play for the Capitals and the Australian national women’s basketball team, the Opals.

She says she’s lucky to have met many of her sporting heroes.

“I love Kelsey Griffin, Abby Cubillo and Jade Melbourne,” says Maia. “I love all the Caps.

“I give them a lot of hugs and play basketball with them.

“I feel really special and happy because they are so nice to me.”

Maia and her mum, Chelsea, often drive or fly to other cities to watch the Capitals in action. 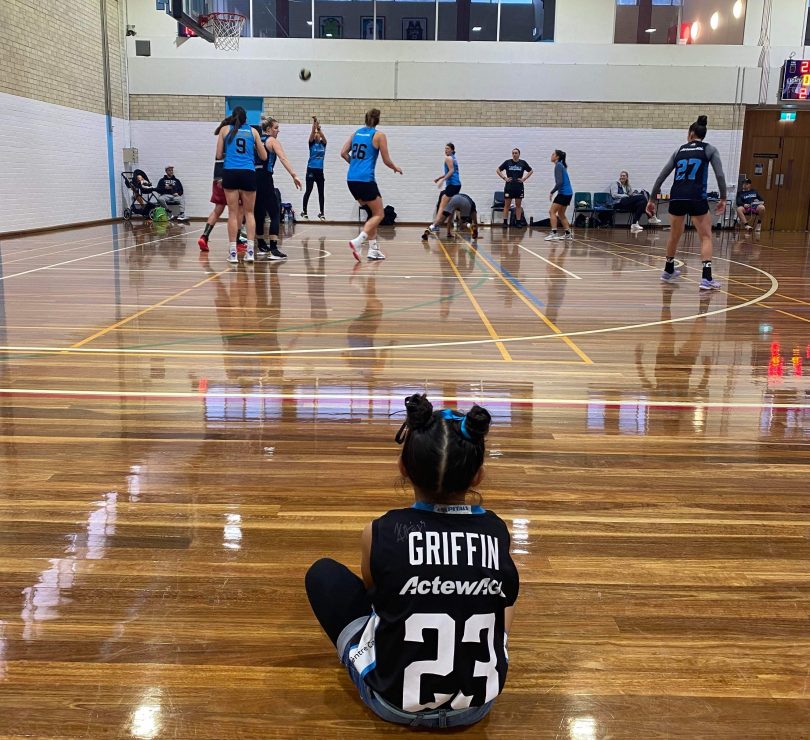 “I like when they shoot three-pointers and when they defend really good,” says Maia.

“When I’m watching a game I feel happy and it makes me smile.”

A long-time fan, Chelsea encourages Canberrans to get behind the Capitals to show their support for the team.

“The Caps are the most successful team in Canberra,” she says.

“They are exciting, talented and inspiring to watch.

“The atmosphere at a Caps game is amazing and it inspires the team to lift during the tough moments.”

Chelsea says a Capitals game is “the best place to be for families or people with young children” and a great way to introduce kids to basketball.

“The players are incredible role models on and off the court and you never leave disappointed,” she says.

“Getting to meet players after a game adds to the excitement, and the whole game-day experience keeps you coming back for more.” 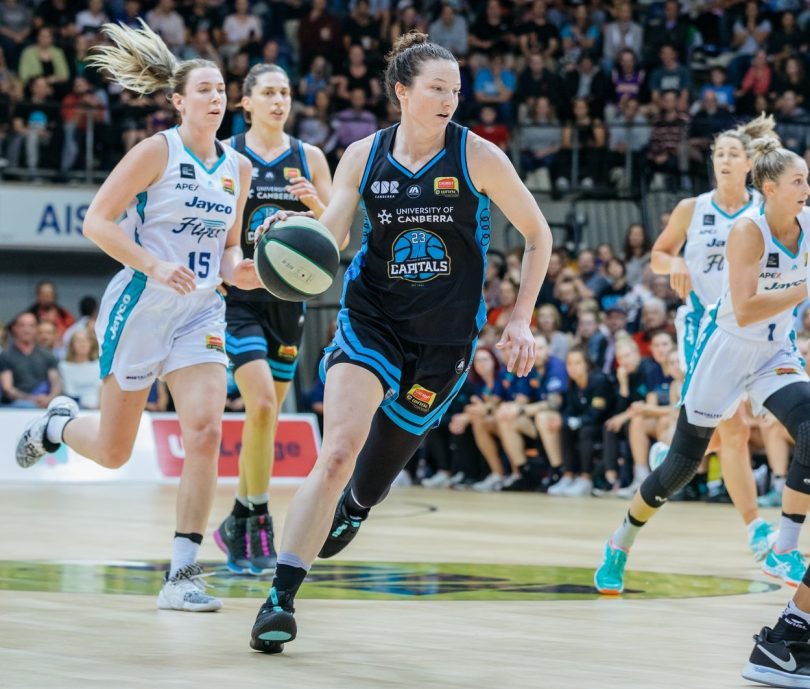 “This Sunday, we start rebuilding the momentum, driving the team to win after win, becoming the toughest team to play at home in the league. And we do it together as only Canberra can.”

The Capitals narrowly beat the Sydney Uni Flames 58-55 in last weekend’s 2021-2022 WNBL season opener in Sydney so Sunday’s game is set to be a thrilling rematch.

Fans will get to watch a number of Capitals players at home for the first time on Sunday, including Jade Melbourne, Brittney Sykes, Alicia Froling, Brittany Smart and Tahlia Tupaea.