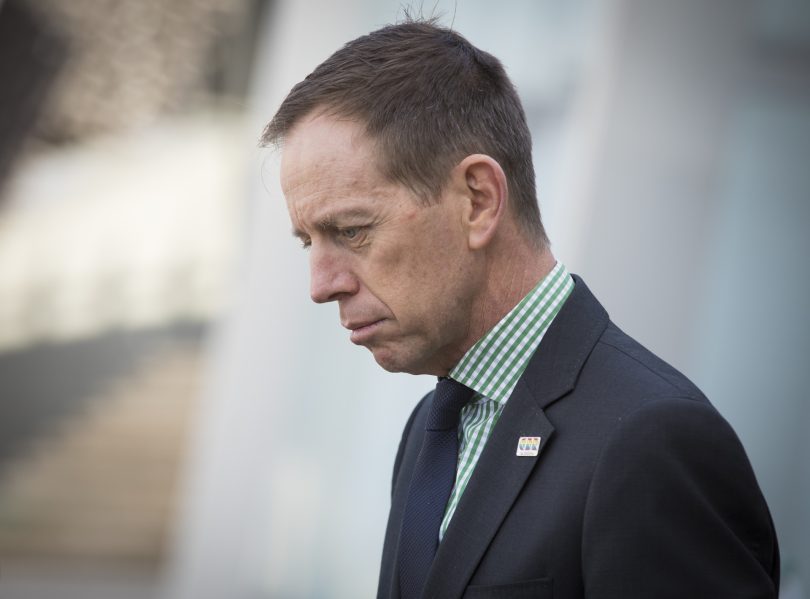 A new five-year mental health and suicide prevention plan has been released by the ACT Government, outlining the need to streamline funding sources, make eligibility and access to services easier for Canberrans, and increase early intervention programs.

The report found that negative perceptions about working in the sector need to be addressed as Canberra experiences a shortage of specialist mental health professionals, forcing some residents to be put on months-long waiting lists or travel interstate for specialised treatment.

“Around one-third of Canberrans will need mental health care at some stage in their lives,” Mental Health Minister Shane Rattenbury said.

“The challenges of COVID-19 have reinforced just how important it is that our community has access to a mental health and suicide prevention service system that works, providing those in need with the right services, in the right place, at the right time.

“Services are receiving increasing requests for support, including requests from people who have never accessed mental health support services before. The issues that people are presenting with are often more complex, requiring multi-agency responses.”

Early intervention and community-based programs are also vital to lowering the high proportion of mental health issues in Canberra compared to the rest of the nation, the plan said.

Community mental health services are contacted twice as much in the ACT compared to the Australian average while there is also a higher percentage of the population in the Territory with mental health problems than the national average.

More than 7 per cent of residents have deferred GP visits due to cost, compared to just over 4 per cent Australia-wide.

“The ACT Plan outlines the challenges facing us as a community and what we will do in partnership to improve mental health outcomes for Canberrans,” according to the Chief Executive Officer of Capital Health Network, Megan Cahill.

“We will ensure that services are person-centred and integrated.”

The Capital Health Network (the ACT’s Primary Health Network), ACT Health Directorate, Canberra Health Services, the Office for Mental Health and Wellbeing and local peak organisations, consumer and carer representatives have committed to work together under the ACT Plan to plan and commission mental health services and deliver capacity building and system improvement activities in the ACT.

The plan comes off the back of the appointment of Australia’s first National Suicide Prevention Advisor last year and the Coalition of Australian Governments (COAG) prioritising the development of a national suicide prevention strategy.

Although only the framework for the five-year plan has been released, the implementation of the strategy is set to be included in Part B of the three-part plan. No date has been released for Part B and C.

An ACT Parliamentary Committee inquiry into youth mental health services in the Territory recently highlighted the need for significant mental health reform predominately in the ACT education, disability and youth criminal justice sectors in its 66 recommendations.

Chris Prentice - 33 minutes ago
Matthew Soall But it is a business. View
James Vetos - 1 hour ago
A committed centre of learning excellence... Nope, a one trick business struggling under a poor business model. Should be ash... View
Liam O'Toole - 3 hours ago
Emphasis on international students. ANU is discovering the results of putting all your eggs in one basket. View
News 22

Elective surgery to resume in the ACT, boosts for mental health funding announced