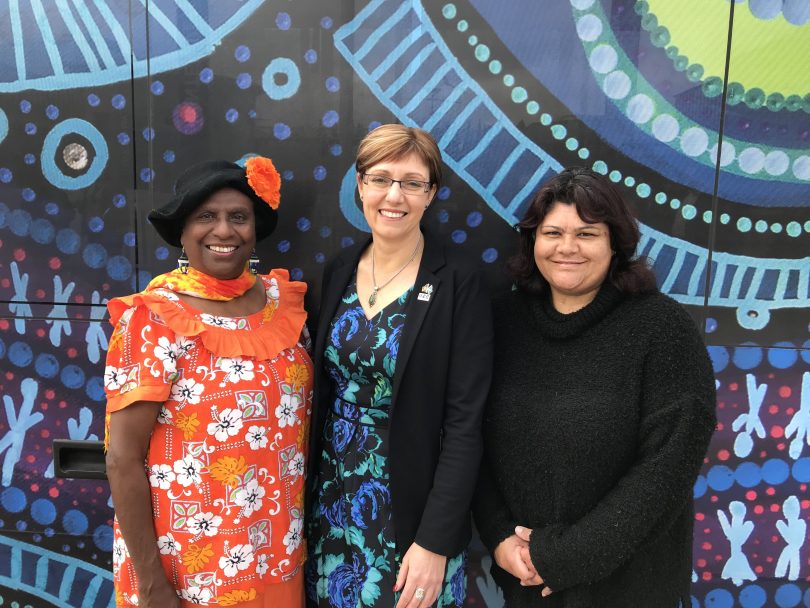 In the bleak Canberra midwinter, the annual NAIDOC flag raising at the Legislative Assembly was filled with warmth, goodwill and good intentions for this year’s NAIDOC theme of Voice, Treaty, Truth.

Ngunnawal woman Selina Walker, who carried the Aboriginal flag in a brief but powerful ceremony, said that “it was an absolute honour to be able to be part of raising the Aboriginal and Torres Strait flags.

“This year’s theme gives us back our voice. It works towards reconciliation and it brings out the truth. My elders and ancestors worked very very hard to bring about the truth. This is another opportunity and platform to do that.” 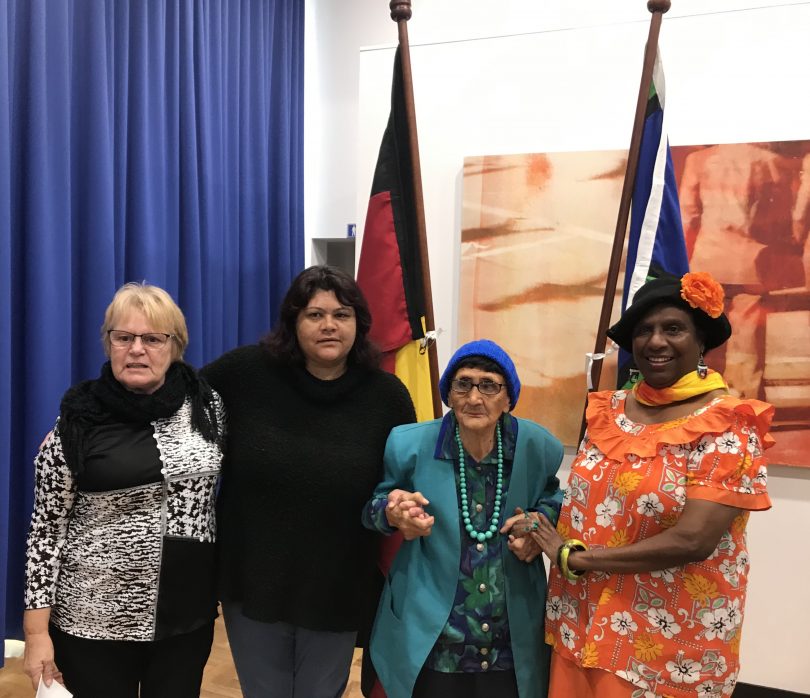 Minister Stephen-Smith said that Canberra had always been a place of gathering and decision making with “incredible cultural and spiritual importance to Aboriginal and Torres Strait Islander people, their families, their ancestors, their stories and their songlines”.

Acknowledging the leadership of the United Ngunnawal Elders Council and the local Aboriginal and Torres Strait Islander Elected Body, she said they had worked tirelessly to support the local community.

But, the Minister said, the Uluru Statement from the Heart asked all Australians to walk in a movement together for a better shared future. “It is up to us to accept that invitation and to build our shared future together.”

“The enduring success of NAIDOC is that it’s driven by the Aboriginal and Torres Strait Islander community,” she said. “The strength of our local community is reflected directly by Aunty Thelma’s win, an inspiration for all Canberrans. So many people have said ‘because of her we can’ about Aunty Thelma.” 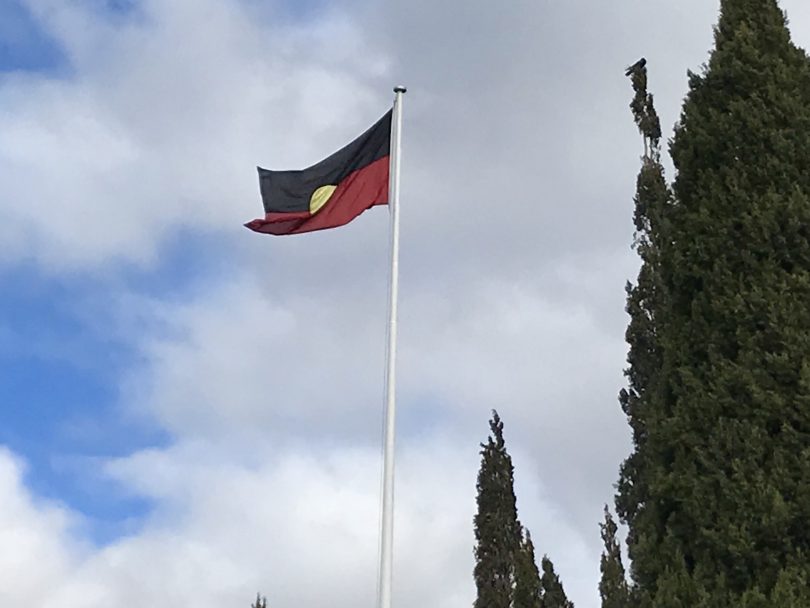 The Aboriginal flag is also flying over City Hill during NAIDOC Week.

Minister Stephen-Smith said that the ACT government’s commitment was demonstrated through the symbolism of the NAIDOC flag raising event. “Flags can stir strong emotions. Flags tell stories and histories, they are full of symbolism. That’s why flying the Aboriginal and Torres Strait Islander flags side by side with the Australian and ACT flags is so important.

“I look forward to continuing to walk and work towards a shared future for all of us here in the ACT,” she said.

Daniel O'Connell - 27 minutes ago
Greater costs for electricity to follow, just like the rises currently being arranged due to 100 percent renewables. View
Capital Retro - 4 hours ago
Bill Gates is the world's richest virtue signaler: https://www.cnbc.com/2021/02/14/bill-gates-on-his-carbon-footprint.html Li... View
HiddenDragon - 15 hours ago
Some cautionary words here about the limits of battery technology - https://www.abc.net.au/news/2021-02-16/bill-gates-zero-em... View
Property 1

Katrina Eadie-Bergin - 17 hours ago
Rowan Bergin I very much look forward to it ❤️... View
News 37

Mateo Furbacchione - 17 hours ago
Yup! My cat meets all the criteria. I built him a cat run where he is 100% enclosed. He has a main cage where he can laze in... View
show more show less
*Results are based on activity within last 7 days

@The_RiotACT @The_RiotACT
How long since you've gone out for authentic Mexican food? Mochachos is bringing the heat to Kingston https://t.co/lsjPa6sCey (15 hours ago)