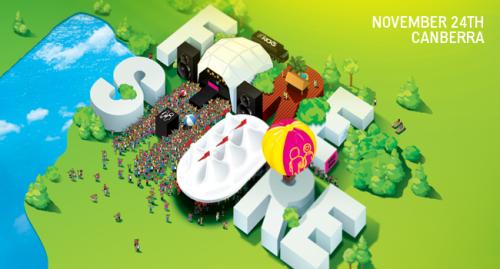 The Foreshore festival have mailed out starting details for this year’s big sales week for Parliament jeans:

Kicks Entertainment is proud to announce Foreshore 2012. On Saturday 24th of November, Foreshore will take over Canberra for the 6th consecutive year.

Kicks Entertainment will announce the extensive Foreshore 2012 line up on the 5th of July.

Tickets will go on sale to the public on the 19th of July at 9am via www.foreshorefestival.com.au, www.moshtix.com.au, www.ticketek.com.au, Landspeed Records & Parliament Clothing.

Limited release VIP tickets will be available only to Foreshore newsletter subscribers on Thursday 12 July.

Keep an eye on your inbox for more information about Foreshore 2012 next week.

Check out all the action from Foreshore 2011 over here

TimboinOz - 39 minutes ago
yes, thanks for expanding on my post!!! View
Nathan Marc - 1 hour ago
Christopher Hara View
Erin Davies - 9 hours ago
Courteney Amanda is this a clue 🕵️‍♀️... View
News 5

phydeaux - 49 minutes ago
Rather my point, JS9. “…without qualification”. With significantly different individual circumstances, to give an answe... View
Kathy Blunden - 2 hours ago
I was also totally shocked with my electricity bill. It is the highest bill I have ever received and I have solar panels!!!... View
JS9 - 2 hours ago
It is a weighted average across a range of plans - so it means some will go up more, some go up less. Over the basket of plan... View
News 6

2902 - 2 hours ago
Imagine the money one could make building apartments on this site, right out the front of the proposed light rail track View
ChrisinTurner - 2 hours ago
There is not enough attention to maintaining services in areas with dense populations. The government seems to be working on... View
JS9 - 3 hours ago
I assume there must be some form of contract that requires the pool to be maintained and provided to the community for a mini... View
News 12

Deborah Gale - 6 hours ago
Nada Krstin The vaccine gives protection and greatly reduce the likelihood of serious disease which is great. But children wh... View
Acton - 8 hours ago
We can’t hide from a virus and although vaccination mitigates the effect on yourself, it doesn’t stop you getting it, or... View
Peter Marshall - 8 hours ago
No Nada, that is not the point of the vaccines.... View
Courts & Crime 1

Katie Painter - 8 hours ago
But the fully Vaxxed rate is 93.3% in Eurobodalla, the second highest in NSW as of 25th Oct. And Bega Valley >95% first dose,... View
Monique Perry - 16 hours ago
Ilysha Perry not this article being recommended for me as if I'm not a local... View
show more show less
*Results are based on activity within last 7 days

@the_riotact @The_RiotACT
Police are investigating a break-in and vandalism at the Jillabenan Cave at #KosciuszkoNationalPark in which the 200-million-year-old wonder was damaged https://t.co/dJDC0BLkB5 (4 hours ago)