Forget digging for coins: fundraising made easy with new tech 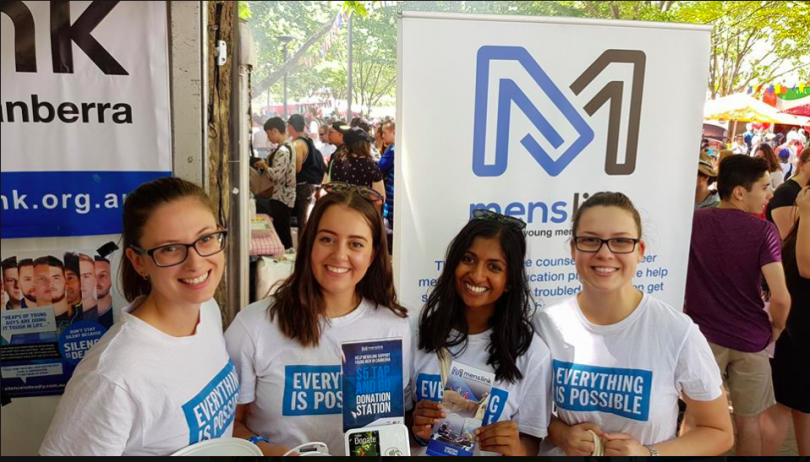 Menslink fundraisers with the new tap and go system.

In a cashless world, fundraisers asking for cash donations or selling raffle tickets are increasingly confronted by an apologetic public who no longer carry coins or notes in their wallet.

Yet without the help of generous individuals, many of these charity organisations would cease to exist, and so would the support they offer to countless people and causes in need.

Enter tap and go fundraising: an ingenious device created by banks that makes it easy for folks to donate simply by tapping their debit or credit card.

Chloe Heath, Branch Manager at Curtin Community Bank® branch of Bendigo Bank, says the nifty wireless facilities have become very popular for charities right across Canberra, and help them get the donations they need.

“We have a number of the tap and go fundraising devices that we can loan to charities for one off events, or they can discuss ordering a permanent facility just for their organisation.

“It’s so much easier for them not to have to worry about asking for cash, or walking around with large sums of cash – everything just goes straight into the organisation’s bank account.”

The tap and go system works like a normal merchant facility, and can be programmed via a mobile phone (using any network – 3G, 4G or Wi Fi) to take donations from $2 and up. The amount can be quickly and easily changed if someone wishes to donate more, and the donator only needs to tap their card, phone or apple watch to make a payment.

“When an organisation wants to use the device, we’ll show them how to turn it on and program it. It’s very user friendly. Essentially, it just gives the fundraising team an opportunity to reach everybody, and potentially raise a lot more money than they would without it. There’s also less risk than carrying cash, and it’s faster than traditional methods which usually involve taking bucket loads of coins into a branch to be processed and deposited into the account.” 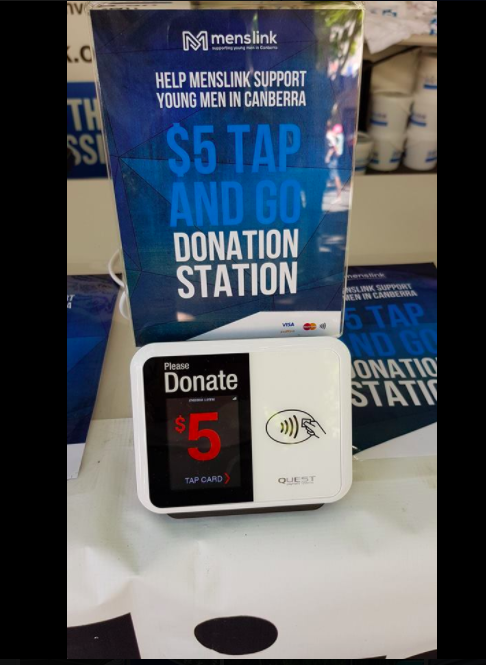 Martin Fisk, CEO of Menslink, says that they have used the tap and go donation device at many of their events, with great success.

“We use it to collect donations for people who might not have cash. We also used it at our recent Big Night Out event to take money for selling raffle tickets in place of cash. The device is mobile, so we can easily walk around a room collecting donations and payments up to $100.

“It goes straight into the account…it’s just fantastic.”

To learn more about the new tap and go fundraising device, or to secure one for your next fundraising event, call Chloe at Curtin Community Bank on 6260 5140.

Gertraud Bell - 5 minutes ago
So don't celebrate it, your choice. View
Gertraud Bell - 9 minutes ago
Carol Stiles So ignore it if that is what you want. Nobody forces you to celebrate! View
David Johnson - 13 minutes ago
Jenny McInnes pretty sure I remember Australia Day 1988 being a big event. View
Opinion 48

Daryll Rae - 32 minutes ago
Mark Katalinic -cyclist by law are under no legal obligation to use cycles paths . View
Il Padrone - 1 hour ago
Mark Katalinic just keep your car on the freeways that we have all paid $$billions for you to use 👍 View
Mark Katalinic - 2 hours ago
It's not unreasonable to question why people are riding 20km down a road when there is a path that goes the same way View
Food & Wine 31

Robyne Mitchell - 5 hours ago
What about the people who lost their livelihoods and houses as a result of this fire? View
Louise Flood - 5 hours ago
Robyne Mitchell and the Blue Mountains fire that started with in Lithgow View
Martin Budden - 5 hours ago
Phill Wall when you realise you've made a mistake the first thing to do is own up to it, then you can fix your procedures to... View
Community 2

Kirsty Ross - 5 hours ago
Fiona and Epilepsy ACT have been a great support to me since my son was diagnosed with Epilepsy. View
Anne Munns - 6 hours ago
Sally Carter....FYI:-) View
News 35

@The_RiotACT @The_RiotACT
A dragway gets the thumbs up from many of you. And on road matters, this week's poll asks if cyclists get a fair go on Canberra's roads? https://t.co/EC199gbmZv (3 hours ago)