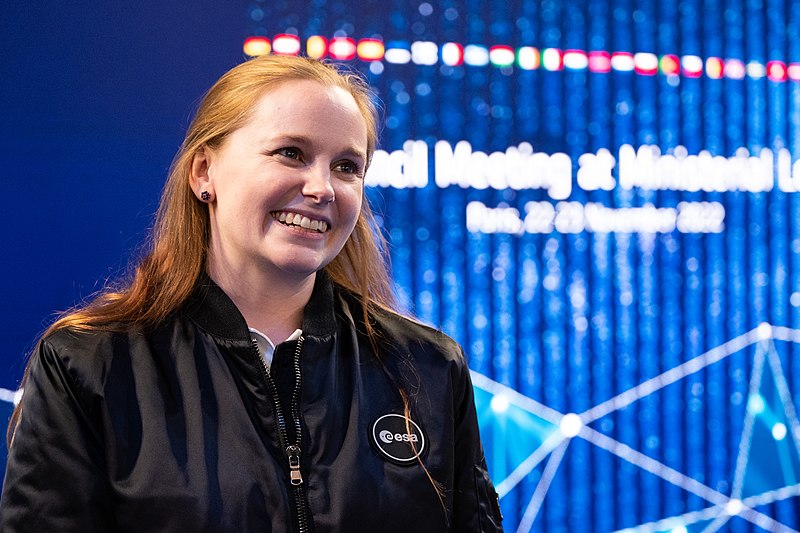 Former Canberran Meganne Christian has been selected as one of 17 for the European Space Agency’s 2022 Astronaut program – out of 22,500 candidates from across the world. Photo: Sebastiaan ter Burg.

When Meganne Christian was singing with the Brindabella Chorus in Canberra in 2014, life was good.

She had just finished her PhD in industrial chemistry, specifically research into hydrogen storage, and had secured a job in Italy working for that country’s National Research Council.

She had the world at her feet. Career-wise, she knew no bounds, while her personal life, with partner Liam Wyatt and their dog Matilda, couldn’t be better. But no-one knew what heights the young scientist was still to reach.

Today, she is one of 17 people chosen by the European Space Agency for its 2022 astronaut team, securing the plum role from a field of 22,500 other candidates from around the world. She is one of the 11 reservist astronauts, backing up the five career astronauts and one parastronaut, the first Australian woman to do so.

“I am very excited,” Dr Christian, 35, told Region from her home in Bologna, Italy.

“I lived in Canberra in early 2014 and I had just finished my PhD. Even before that, I had spent a lot of time in Canberra, in particular in the Reading Room of the National Library of Australia while I was writing up my PhD.”

One of five sisters growing up on the South Coast of NSW in Wollongong, she attended the Illawarra Grammar School before the family moved to Berry.

She went on to study at the University of NSW in Sydney, graduating in 2009 with a Bachelor of Engineering in industrial chemistry – with first class honours. 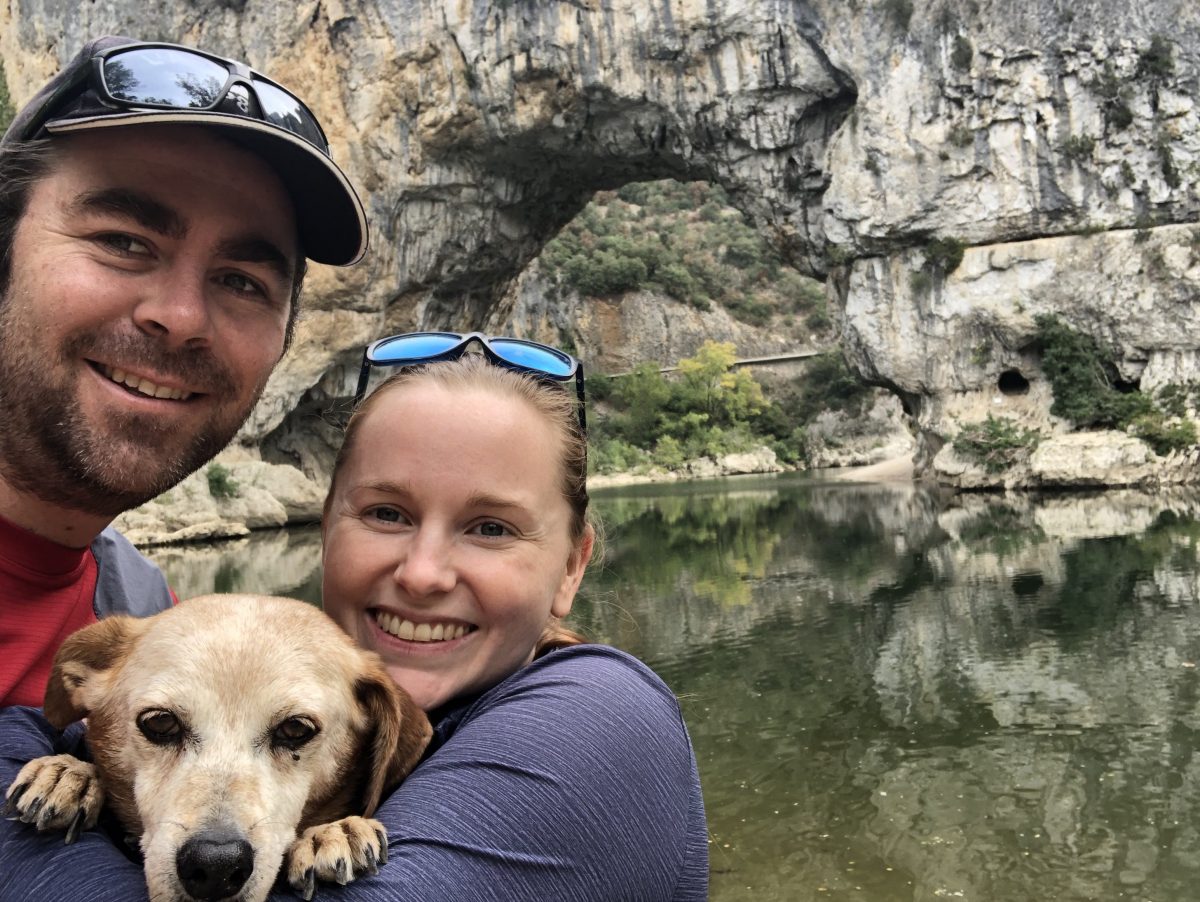 In her downtime, Meganne Christian, partner Liam Wyatt and their dog Matilda love exploring – on the ground. Photo: Liam Wyatt.

From 2010 to 2014, she completed her doctorate at the University of NSW and received her PhD in industrial chemistry along with several scholarships, including the UNSW Research Excellence Award.

Although she now works at the National Research Council in Italy – she speaks fluent Italian as well as French and Japanese – she spent from 2018 to 2019 as a winter-over scientist at the Concordia Station in Antarctica, adding to her already impressive skill set firefighting, medical aid, and rescue and survival in extreme conditions.

So what does she do when she’s not working towards a career in space?

“I guess you could say I’m the adventurous type,” she said, adding that her hobbies included white water rafting, mountain climbing and scuba diving and she also holds a black belt in Hapkido – a Korean martial art. But she has another quieter, artistic side that she leans towards when it’s time to wind down.

“To relax, I love knitting and sewing,” she said, “and I also play the guitar and sing.

“I love singing,” she said. “Having been singing with Endeavour Harmony Chorus when I was in Sydney, I joined Brindabella Chorus and I had a happy few months with them while I was in Canberra. I actually sang with them in Las Vegas in 2017 when we won the Sweet Adelines International Harmony Classic competition too. 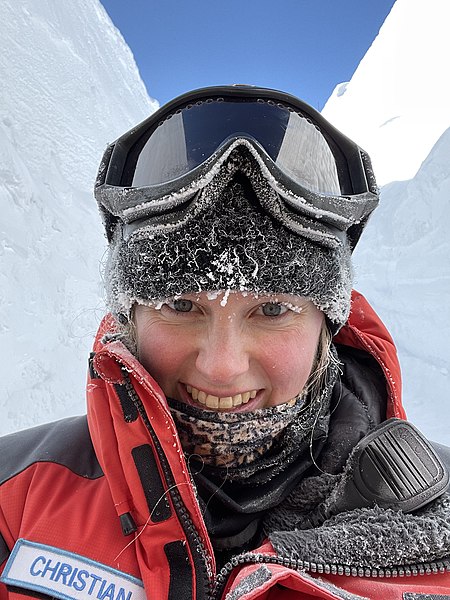 “Depending on my commitments, I might be competing with them again next year in Louisville.”

Those “commitments” could well be training to head into space, which Dr Christian said, was a dream come true.

“I think every kid wants to be an astronaut,” she said. “It started for me when I was a kid and this astronaut came to our school. From then on, I have been completely fascinated by it.”

READ ALSO So hue knew teal would be the word … of the year?

Dr Christian said it had been a long process prior to the announcement that she had made the cut, adding that it was quite “surreal” when she finally received the call. There was a lot of anxious waiting, she said, “but it was so exciting to hear that it was my fate”.

“There are so many things coming up,” she said. “Apart from the space agencies, there are a lot of commercial agencies coming through and a lot of exciting things coming up – including travel to the moon and beyond.”

When asked if she had advice for young people, Dr Christian said, “just follow your dreams”.

“Also, look out for the dreams you didn’t expect as well. For example, when I went to Antarctica, I didn’t know that it was going to be one of the best things that ever happened to me. So look out for all those opportunities as well and take them – grab them.”

Achievements aside. Let’s take a closer look at this “Canberran”.

She “lived in Canberra in early 2014 and I had just finished my PhD. Even before that, I had spent a lot of time in Canberra, in particular in the Reading Room of the National Library of Australia while I was writing up my PhD.”

So when did she “spend a lot of time in Canberra” exactly?

It doesn’t seem to be in this article. Am I missing something?

There is no such thing as “former Canberran”! Once a Canberran, you will always be Canberran!

What an amazing champion for women in STEM. Fantastic to see. Well done Dr Meganne Christian.👏🏻

Congratulations Megan’s, so proud of you after lots of hard work . Well deserved.

Well done Dr Christian, you are an inspiration!

What an extraordinary lady Meganne is! Such a high achiever. I love that she gave the Reading Room at the National Library such a rap. It is a wonderful space. I worked there back when the Library opened, and remarkably had a dream about it just last night. Good luck with everything you do young lady. I will be following your career with great interest! 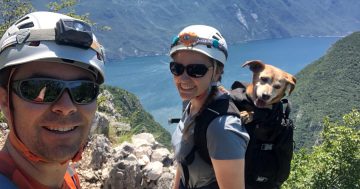 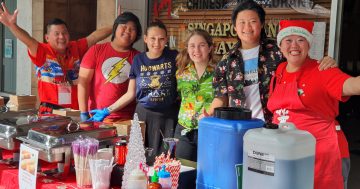