Former church on the market in Bungendore has divine appeal 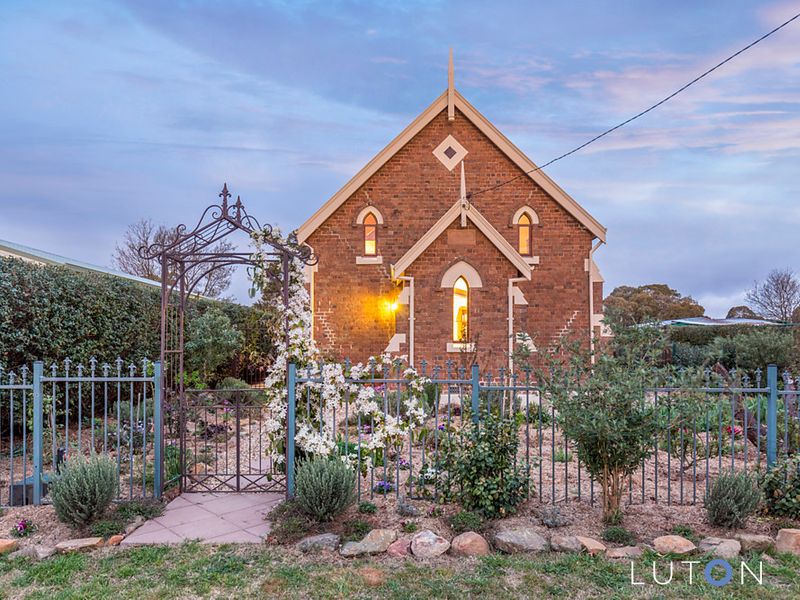 The former St John’s Church at Bungendore has been lovingly restored and is on the market for offers around $770,000. All photos supplied by Luton Properties Gungahlin.

A former church in Bungendore has been lovingly converted into a home with divine appeal.

With a price guide of around $770,000, the property at 48 Butmaroo Street is already drawing strong interest from a range of possible buyers who can see its heavenly potential.

Originally built as a Presbyterian church in 1875, the building has been transformed into a spacious and stylish two-level home with an adjacent chapel-style cottage in the garden. 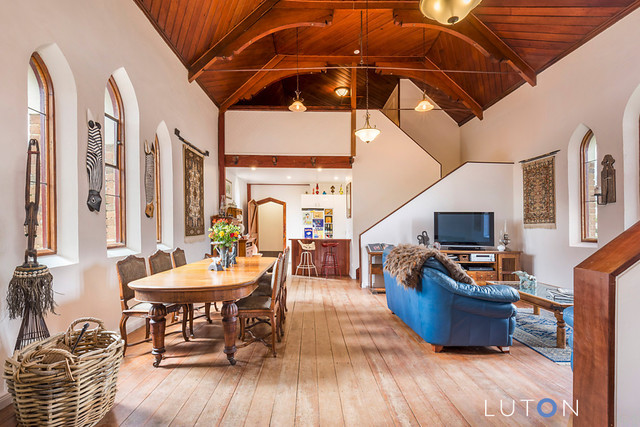 Listing agent Katrice Velnaar of Luton Properties Gungahlin said that while many people are attracted to church conversions, they often involve a lot of work whereas with this home everything has been done.

“I’ve been inundated with inquiries. It’s attracting a lot of professional couples, small families with one or two children, retired couples and people looking at it for Air B’n’B potential.” 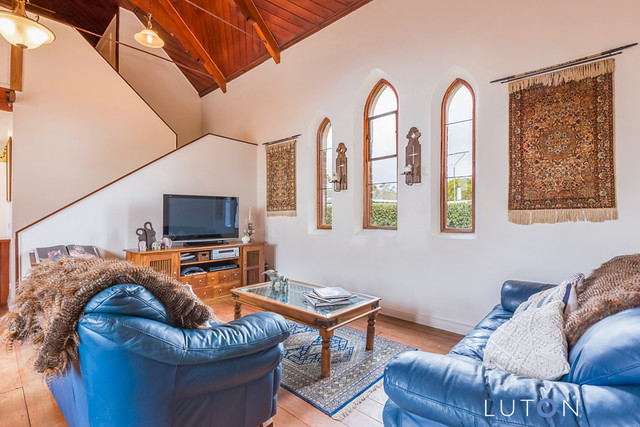 Ms Velnaar sold the converted church to its current owners, Suzie Bedford and Alan Shore, three years ago and said they have spent a lot of money on it since then focusing on the upgrading of structural facets of the building, drainage and repointing of the brickwork.

“They’ve kept all the original features but restored it to the point where it will stand the test of time,” said Ms Velnaar.

“What Alan and Suzie have done is finish it off completely – it’s beautiful.” 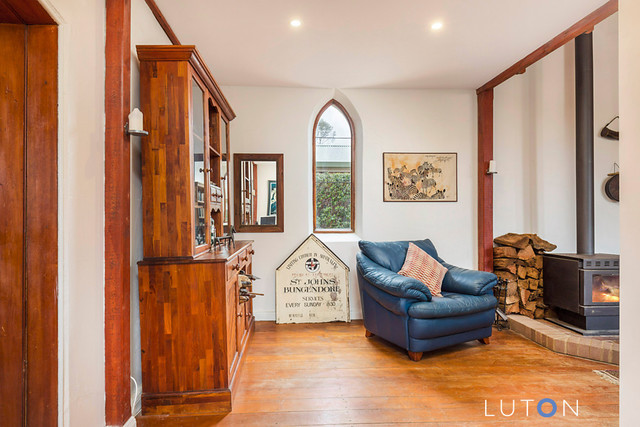 The building has operated as a church – St John’s Bungendore – for most of its history. However, it hasn’t always been in its current location.

Less than a decade after it was built, the government chose to build a rail line through the village and St John’s was relocated brick by brick to its current site.

St John’s continued to be owned by the Presbyterian Church until 1997 when it was sold and converted into a home.

However, the building retains the look, space and feel of a church that is so attractive to people in search of church conversions. 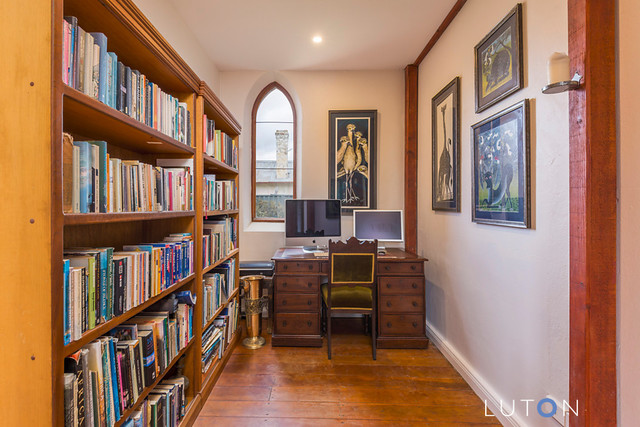 “It’s such a unique building – just something lovely to own,” Ms Velnaar said.

“It’s got high vaulted ceilings, original floorboards and this massive feeling of space.

“It’s also got a lovely calmness to it.” 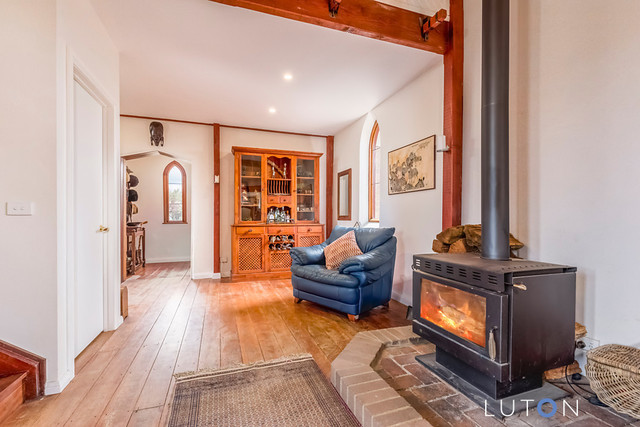 Ms Velnaar described the restored home as “high-end” and said it also benefits from being right in the heart of the village of Bungendore. 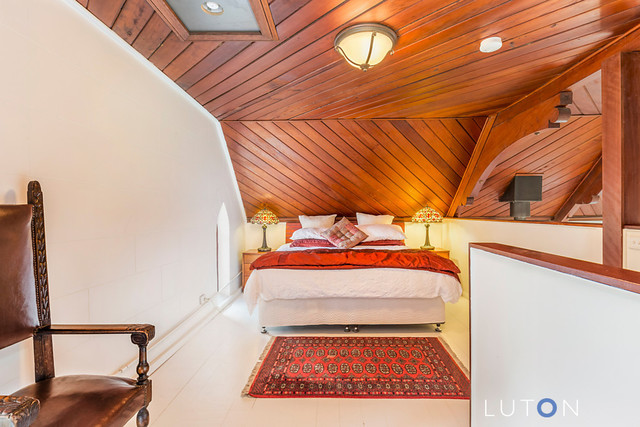 The main home has two large mezzanine bedrooms, while a third bedroom is located in the separate chapel-style cottage at the rear of the property. The cottage also boasts a new bathroom and its own private deck overlooking the gardens. 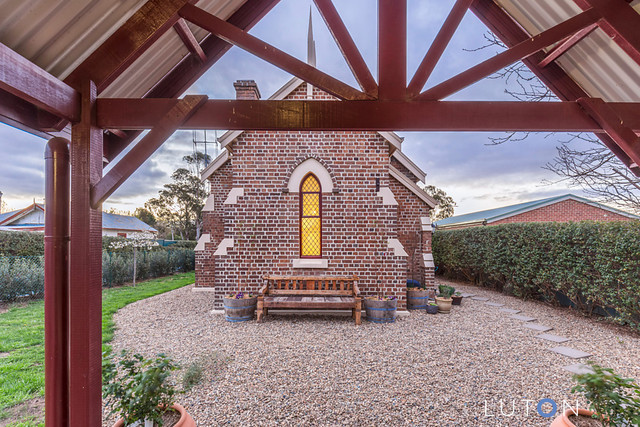 Inside the home benefits from soft-hued finishes which provide a peaceful ambience.

The kitchen boasts an electric stove, pyrolytic oven, dishwasher and great under-stair storage, while the bathroom still has the original fireplace. 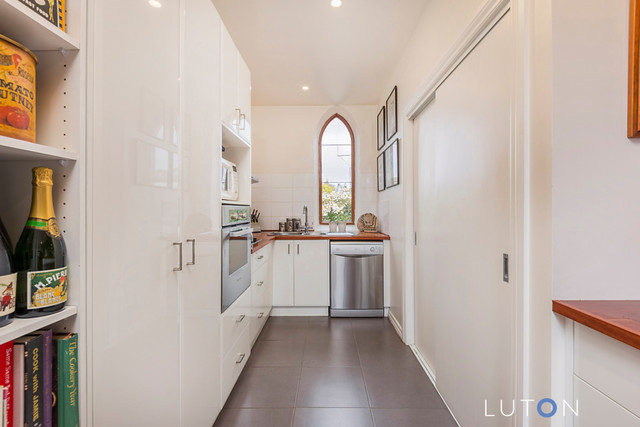 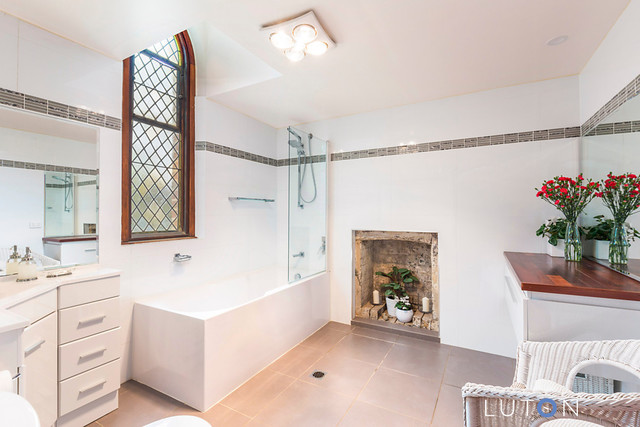 The grounds surrounding the former church are well-planned and include cottage-style gardens, fruit trees and a vegetable patch. 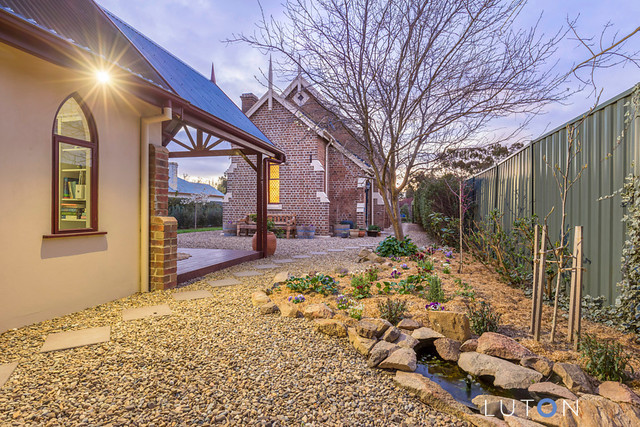 The property is open for inspection tomorrow (Sunday, October 28) at 11 am. For more information please contact Ms Velnaar on 0411 449 071 or click here.

keek - 1 hour ago
Nobody held a gun to the Chancellors head and said "You must rely on income from foreign students and expand to a level where... View
chewy14 - 3 hours ago
JS9, Whilst I would agree that the Federal government has set the framework and playing field that the Unis are operating in,... View
Capital Retro - 5 hours ago
No one seems to know but I heard CM Barr on ABC radio say the $50,000 a year includes the fees to the universities and all th... View
News 19

chewy14 - 3 hours ago
BJ, At a guess, I'd think JC is talking about the Weekday boardings, which are naturally brought down overall by the lower we... View
bj_ACT - 5 hours ago
Where do you get 15,000 per day average from? Start of Light Rail to end Feb 2020, before Covid hits is 11,000 per day.... View
chewy14 - 6 hours ago
JS9, Yes the subsidy on the bus network is massive but the argument that comprehensive public transport is an essential publi... View
Community 12

Capital Retro - 5 hours ago
".... An emblem showcasing medieval queens, crowns, and castles, doesn’t represent 21st century Canberra..." We have all th... View
Stephen Saunders - 10 hours ago
Symbols do matter. The British monarch is the white hereditary chief of the Church of England. An emblem showcasing medieval... View
HiddenDragon - 20 hours ago
"Could the Brindabella Ranges be incorporated into the ACT’s coat of arms,..." An image which combined the mountains and th... View
News 1

Chimes and charm in a light-filled Bungendore railway cottage

178-year-old home once used as church and school for sale 2.5 hours from Canberra