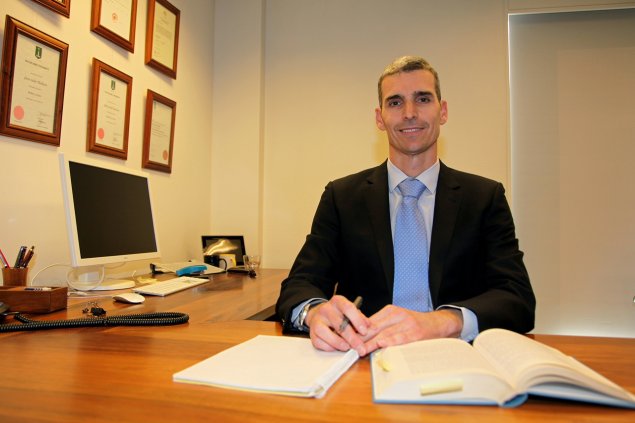 A former counter-terrorism prosecutor has been appointed to the bench of the ACT Magistrates Court.

Theakston will start at the Civic court next week when Dingwall takes leave prior to his retirement following more than 25 years as a territory magistrate.

A lawyer for more than decades, Theakston has practised in family and civil law as a barrister since 2012, and also gained experience in criminal law while working for Legal Aid ACT and the Commonwealth Director of Public Prosecutions as a prosecutor on counter-terrorism matters.

Theakston has been an Australian Defence Force reservist for more than 20 years.

“He is a respected local barrister with considerable experience, particularly in the criminal law jurisdiction, having appeared for both the defence and the prosecution,” Mr Hockridge said.

“Mr Theakston is well-liked, practical and thorough and comes to the role with a military background. The society has benefited from his expertise during his time as the chair of the society’s military law committee.”

Kate Louise - 1 hour ago
Rob Lillie we could be neighbours! View
Judy Gilchrist - 3 hours ago
Scott Firman This could be your plan for a knock down rebuild. Looks nice🤣🤣🤣... View
Sarah Tozer - 13 hours ago
Megan Moss an alternative View
ACT Election 9

Acton - 1 hour ago
In the Canberra Times today Rattenbury says he sees Covid as an opportunity to implement more Greens policies. He does not wa... View
thebadtouch - 19 hours ago
https://citynews.com.au/2020/trees-act-greens-throw-stones-at-themselves/ View
News 44

chewy14 - 3 hours ago
Capital Retro, Firstly, most of the interest rate cuts happened well before the current crisis, so you can't just claim your... View
Brenton Higgins - 4 hours ago
Joshua we’ve had two elections on that already. Canberra decided. View
Jayne Denise - 4 hours ago
Sean Bishop I am a reformed anti-tramer. Northborne is so good now with less cars and less buses. 👌Coincidentally, I work... View
Opinion 7

Stephen Esdaile - 15 hours ago
Can't vote Liberal, not voting Labor or Green. Looking at what the progressive are offering.... View
Frank Koch - 17 hours ago
Phillip Business Community well said View
Martin Miller - 20 hours ago
Charny Barney no 'whackadoodle ideas here . He's just plain arrogant to those who disagree with him. There is no real consult... View
Opinion 1

@The_RiotACT @The_RiotACT
Fyshwick’s Designer Op Shop Emporium is a cornucopia of surprises, and its fabulous Emporium Espresso café is no exception https://t.co/P1xL5LBUJ0 (4 hours ago)