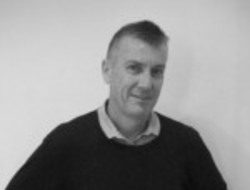 Mick Reid has spent much of the past 30 years tootling from one major sports event to another, laptop in hand, returning from time to time for stints at the Canberra Times news desk and for some R and R in his home town of Melbourne. Mick has been a senior editor at various big sporting events, including the Sydney, Beijing and London Olympic Games, the Vancouver and Sochi Winter Olympic Games and the 2007, 2011 and 2015 rugby World Cups. As a reporter at the Herald Sun and The Age, he covered courts, police rounds and a range of sports, including the VFL/AFL, the national soccer and basketball leagues and Sheffield Shield cricket. Since moving to the UK, he has been published in the Guardian, the Sunday Times, the Sunday Telegraph and the Daily Record. As well as being a news service gun-for-hire, Mick’s talents are sought after elsewhere: he was hired to become the sports editor for the launch of the Brunei Times; more recently, he has lectured in journalism in Glasgow, Manchester and London. Away from his desk, Mick is a mad Manchester United fan and Celtic FC devotee, broken-down marathon runner and lover of northern soul music. Keep the faith.

Seven things to do around Canberra this weekend (22-24 July)

Six things to do around Canberra this weekend (15-17 July)

A Reconciliation Day in ACT?

Are you electing to party?

Nada Krstin - 1 hour ago
Garvin Francis OMG, your comprehension ability is rather lacking...re-read all the posts fully so you actually may understand... View
Nada Krstin - 2 hours ago
Kate Le-Goat yes I get that, and I'm all good with that - showing my covid vaccine status - but that is not the point - maybe... View
Nada Krstin - 2 hours ago
Peter Marshall what? Seriously, so please explain WHAT is the point of the covid vaccine if it is not to keep you from develo... View
News 12

Pauly Berger - 2 hours ago
Fantastic concept, visionary thinking your community should be embracing, congratulations AFC View
Gordon Arthur Truesdale - 2 hours ago
Good one!, Garry, when the machines were first mooted, I asked Lionel James about them, suggesting they would take over the c... View
Denise Bourke - 3 hours ago
Not a blessing for those supposedly buying the homes for aging. Very creative and imaginative but hardly a good match. View
News 12

Denise Bourke - 2 hours ago
insurance'll cover that Shirley View
John Killeen - 3 hours ago
At least the new electric fire trucks will always be first on-scene to a battery fire! View
Colin Mitchell - 3 hours ago
Nick Anderson and they don't have service to... View
Opinion 2

@the_riotact @The_RiotACT
Are you familiar with creepy facts? If so, this ghoulish Ken Behrens #Quiz is for you! It has plenty of spooky stuff for #Halloween, plus a few other bits about Canberra and current affairs https://t.co/kjZY3kTHca (3 hours ago)

@the_riotact @The_RiotACT
Events are making a comeback to Canberra now that lockdown has eased. And the timing couldn't be better! #Oktoberfest, #Halloween and #MelbourneCup Day are just some of the highlights to stick in your diary this week https://t.co/oXZLz4Gybr (4 hours ago)