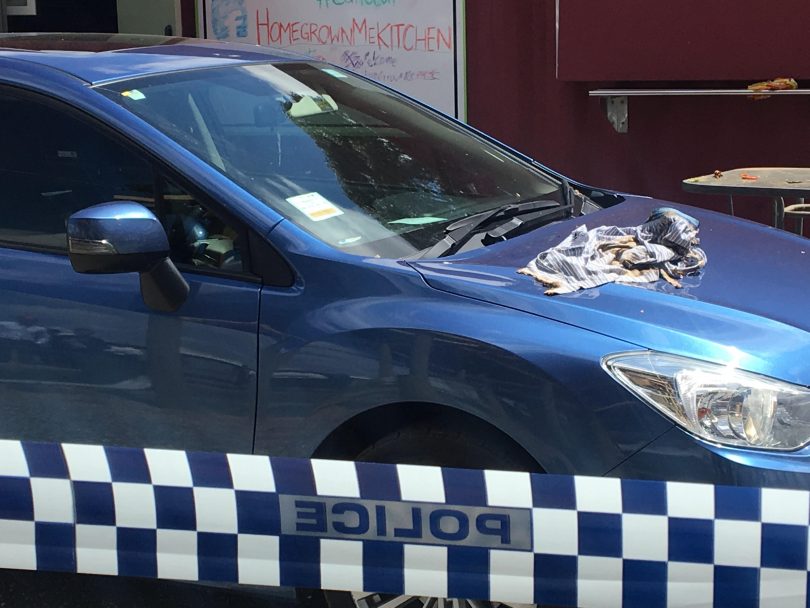 A burnt shirt left on one of the injured chefs’ cars after the explosion last night. Photos: Lachlan Roberts

In a devastating sight, singed and burnt items of clothing were strewn across the scene after a gas explosion in a Fyshwick pop-up kitchen on Wednesday night (24 October) which sent four people to hospital with burns to their legs, faces and upper bodies.

Around 11 pm, emergency services responded to an explosion at The Homegrown Me pop-up kitchen, which is housed in a shipping container on Dairy Road, Fyshwick.

All four people were treated for serious burns before being taken to Canberra Hospital late last night, two in a serious condition and the others in a stable condition.

ACT Ambulance commander Chris Barry said the conditions of all the injured people had stabled this morning.

“These are serious injuries to sustain, the worst being airway involvement, but these patients are now in a stable condition,” he said. “The injuries were on their legs, up to the chest and in some cases the face.”

Commander Barry said one of the people suffered burns to forty per cent of their body. 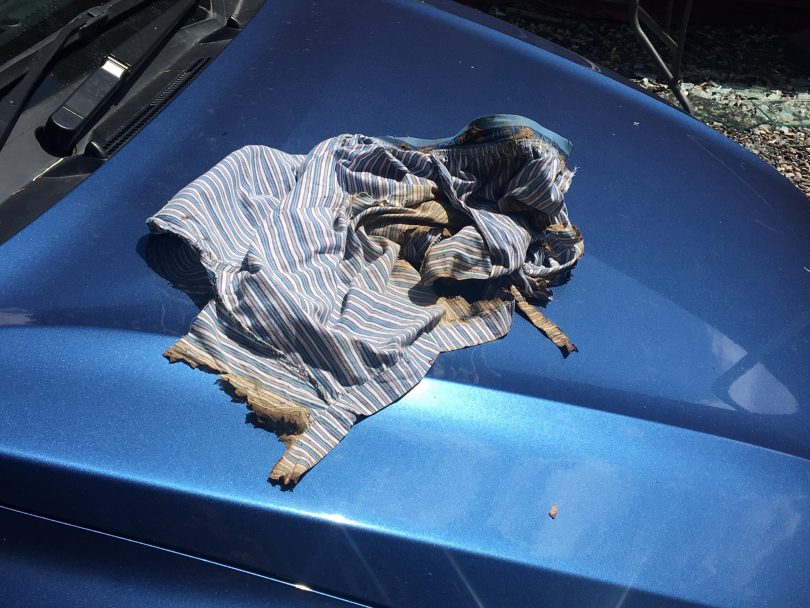 It is believed the group of people were from an emerging small business that had started up in the last few months and specialised in Sri Lankan cuisine. The group had hired out the kitchen and were catering for an event today.

By Thursday morning emergency services had left the scene and police had cordoned off the area while Worksafe continued their investigations.

Singed and burnt items of clothing were strewn across the scene, including a burned shirt, with shoes and cooking utensils scattered outside the shipping container.

A non-disturbance notice has been placed on the site while WorkSafe investigators continue their work. 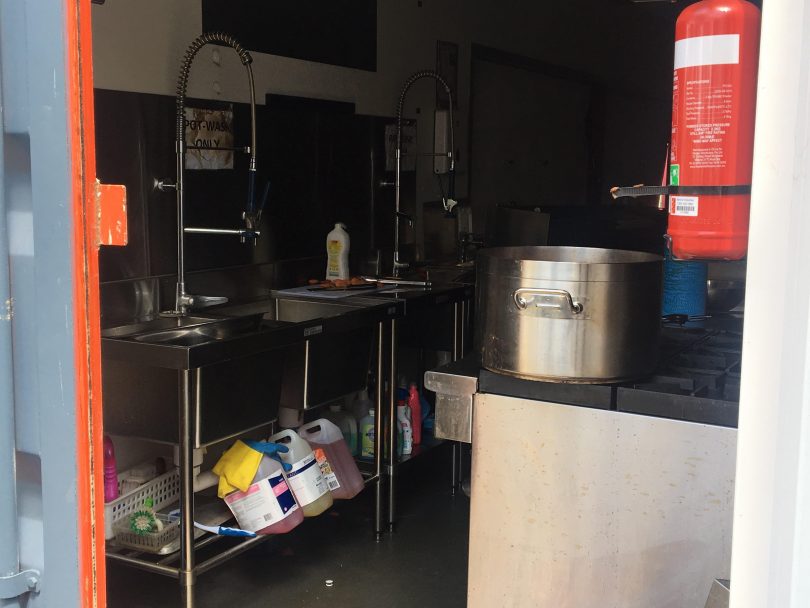 ACT Work Safety commissioner Greg Jones said his investigators were examining the scene, and it appeared the chefs were changing an LPG gas bottle or had just finished changing bottles when the explosion occurred.

Mr Jones said he would be investigating the nature and cause of the explosion and would release further information when able.

The owner of the pop-up kitchen, Georgina Prasad, said she was devastated and was in shock when she received the phone call late last night. Ms Prasad said she knew the people injured personally.

“They have used the kitchen previously, they are a young emerging small business. They were using the kitchen as an opportunity to help establish their business and get them going.”

The Homegrown Me pop-up commercial kitchen has been at its Canberra City Farm location since April last year and is fitted with equipment and utensils. Ms Prasad said the aim of the kitchen was to help kickstart small cooking businesses.

“For people who are looking to start up their food business, there can be some barriers to doing that, so the concept behind this kitchen is to assist with that,” she said.

“I also partner up with some non-for-profit groups that help refugees and marginalised groups establish their businesses and give them an opportunity. So there is quite a variety of people who use this kitchen.”

Ms Prasad said she ensures anyone who hires the kitchen is trained in using it safely.

“No-one can use this kitchen without going through the basics of how to use the equipment safely, where the fire extinguishers are, the blankets, making sure they understand that there are risks in using the kitchen,” she said.

“I do talk to people and make sure that people are responsible for the people that come in.” 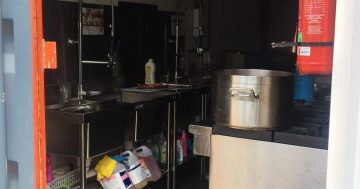