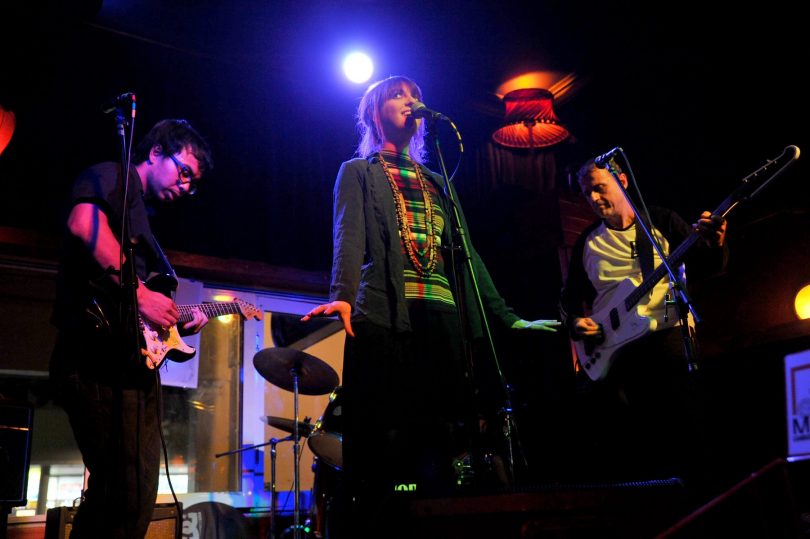 Nic Cage & The Bad Seats was born in November 2017, thanks to the powers of social media. Photos: Tim Floyd.

What happens when you put a 15-year-old schoolboy, an ANU psychology student, a heart-broken guitarist and 50-year-old IT contractor together? You get a funky four-piece band called Nic Cage & The Bad Seats.

The Canberra band bring their eclectic backgrounds to the capital’s music scene, with jazzy chords, funky rhythms, rock guitar solos, and poppy melodies. While their songs may sound happy, they often deal with themes of loneliness, falling out of love and their own personal flaws.

The band was born in November last year when three people who had never met scrolled upon an ad on Facebook by a passionate guitarist.

Satra Kien was a keen guitarist, aiming to emulate his heroes Jimi Hendrix and John Frusciante. After he had his heart broken by his first ever break-up six years ago, he began writing songs and has not stopped.

By the time he had written a massive stack of songs, Kien decided he wanted to release his work’s potential through a band. So he posted ads on Facebook and waited to see who would respond. 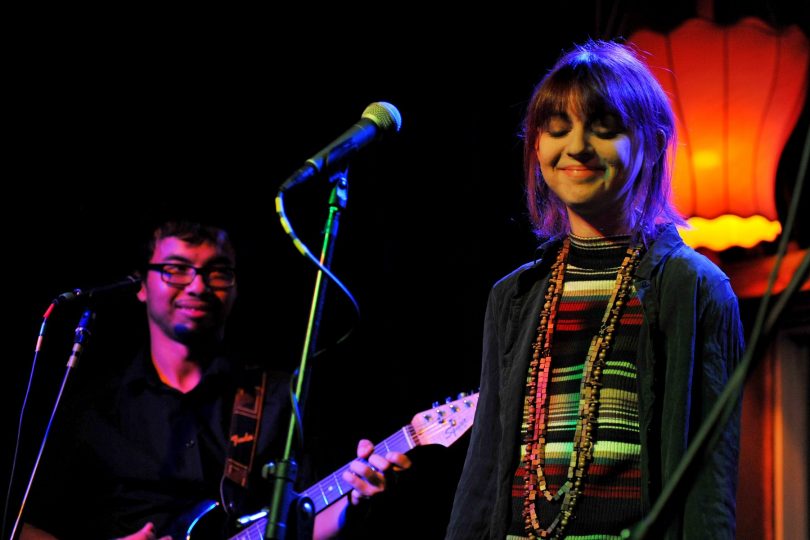 Steph Tarrou saw the Facebook ad and realised this could be the opportunity she had been waiting for. She had been looking for a band to join for some time, so she responded to the ad by covering an original song by Kien. He was completely blown away and instantly knew he had found his first band member.

John Cougar responded to Kien’s Facebook search for a bassist and met up with Satra over coffee. After listening to Kien’s demos, he saw great potential in the songs and wanted to see how far he could take it.

The final piece of Kien’s puzzle to find the perfect band members was 15-year-old schoolboy, Aidan Bairstow. The fresh-faced kid is a maestro on the drums and has been performing for over 10 years in both music and theatre.

Now that he had his band members, Kien and his trio set about working on bringing to life the songs he had written on scraps of paper all those years ago. Four months later, the band released their home-recorded song Breezy, which debuted at number 19 on the Triple J Unearthed charts.

Since then, the band has been hard at work, practising their songs in either Cougar’s or Bairstow’s houses. Over the past three months, they have been gigging around Canberra, tightening their performances and venturing into the studio to record their songs.

What Are You Waiting For? is the first studio recording from the Canberra band and to celebrate, the quartet have organised a party on Friday, 17 August 2018 at the Polish White Eagle Club in Turner.

Julie Macklin - 12 hours ago
And that is the most constructive comment you could come up with 😂 View
Warwick Alsop - 13 hours ago
Gotta love those NIMBYs View
Marea Fatseas - 16 hours ago
Who said the proposed facilities in Fyshwick are “going green”? How is CRS recycling just 5 percent for local use, export... View
Breaking 1

Four world-class musicians: The Grigoryan Brothers and the Beijing Guitar Duo unite for an evening of guitar virtuosity