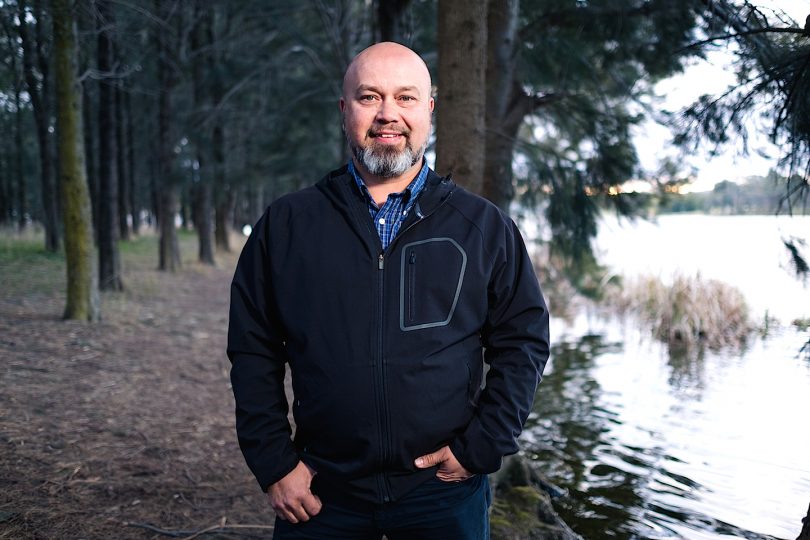 The ACT Young Tall Poppy of the Year, Bradley Moggridge, in his area of expertise. He is a Kamilaroi water scientist ensuring Indigenous people’s relationship with water is celebrated by all Australians. Photo: Supplied.

It may be the only time in their lives they have been called tall, but two winners of this year’s Young Tall Poppy Science Awards were more than happy to accept the accolade.

Bradley Moggridge and Madeline Mitchell are two of six outstanding young researchers from the ACT to be recognised with prestigious Young Tall Poppy Science Awards at a ceremony at the Australian Academy of Science in Canberra last Saturday, 3 September.

From the role of Indigenous perspectives on drought and water management to engineering a crease-free form of cotton, these tall poppies of science are working on projects that will benefit all Australians.

The Young Tall Poppy Science Awards are run by the Australian Institute of Policy and Science (AIPS) to honour young scientists who combine world-class research with a passionate commitment to communicating science.

The awards are held on a state-by-state basis to celebrate researchers across science, engineering and mathematics and are examples of the cutting-edge research being undertaken in the ACT.

In being named the tallest of the six Tall Poppy award winners, Bradley Moggdrige told Region Media he may have broken all the rules of the awards.

“I’m short, I’m not a doctor or a professor, but I’m hoping to be one someday,” he said.

“I didn’t expect to win anything because I potentially didn’t meet some of the criteria, but I also didn’t realise how prestigious the awards are and how long they’ve been around, so it’s quite humbling really.”

Bradley is a Kamilaroi water scientist who has been recognised for his work ensuring Indigenous people’s relationship with water is celebrated by all Australians.

After he waded through reviews saying that the government is not managing water effectively, Bradley also found that Indigenous knowledge was not part of any of the research.

“Australia is the driest inhabited continent in the world and we have the oldest living culture on the planet and we don’t have a say on water.

“The value of water is being looked at as a commodity and not as the basis of all life.”

“The value of water is being looked at as a commodity and not as the basis of all life,” says Bradley, whose research is giving a voice of Indigenous Australians to our water resources. Photo: Supplied.

Another of the Tall Poppies, Dr Madeline Mitchell, is also changing perceptions about one of the world’s oldest resources. Madeline aims to decrease microplastic pollution from textiles by genetically engineering renewable plant-based fibres as alternatives, including a form of cotton that won’t crease.

“The really big aim of my project is to engineer cotton plants to grow fibres that have unique properties so that we can use them for a broader range of applications, and we hope, replace the polluting plastic-based artificial fibres,” Madeline said.

She said the CSIRO has been working with the cotton industry for more than 50 years to develop more cotton varieties in an industry that is worth more than $2 billion annually. Madeline says she is taking an approach that applies genetic engineering principles to biology to solve problems.

“So, I’m looking at introducing a range of different properties to cotton and one of those, we hope, will be crease-resistant. We then hope to apply what we’ve learnt with cotton to other plant-based fibres.”

Madeline is aiming for a proof of concept in the next two to three years before the modified cotton can be bred into the various types of cotton plants. It may be a decade before people could be wearing garments made from these new types of cotton.

In the meantime, her award helps her research stretch the minds of people in the textile industry who are trying to find new ways to stretch their materials.

“I’m already engaging with growers and customers and fashion brands around the types of things they need, so this award not only helps me deliver good science but helps with recognition and help to get the commercial interest this project will eventually need,” said Madeline. 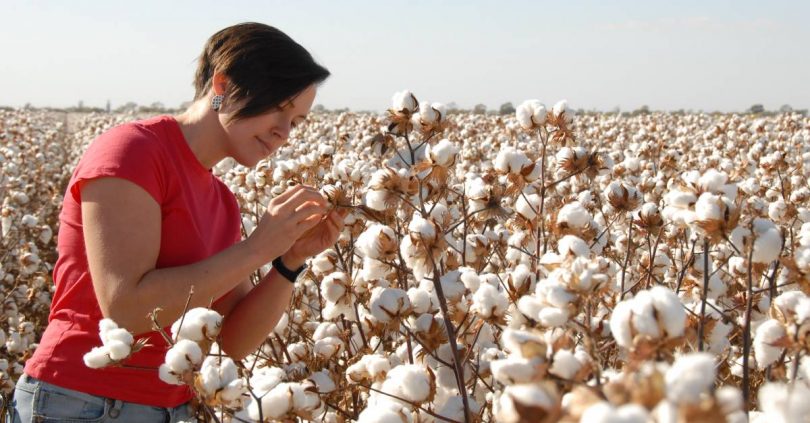 You can find out more about the Tall Poppy campaign on the AIPS website. 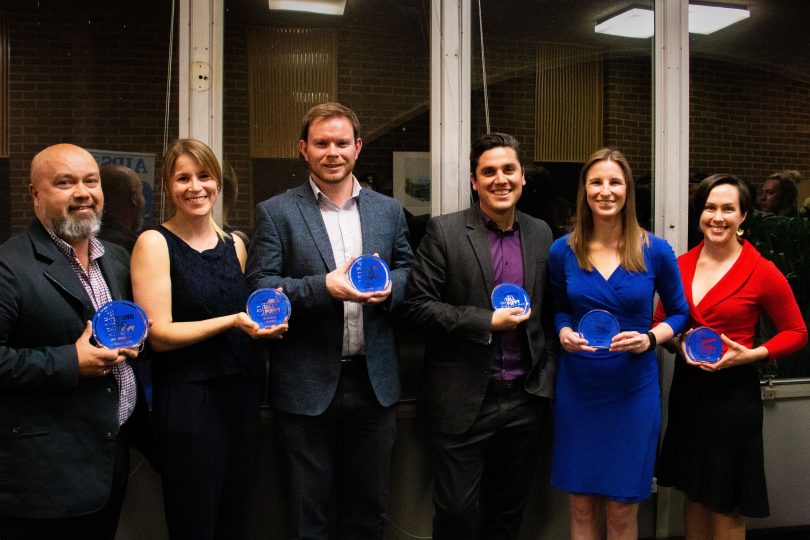