As the temperature plummeted last night the line outside the Phoenix grew ever longer and those who had the good sense to get there early felt ever more superior to the poor frozen souls with noses pressed upon the glass.

Fun Machine was playing a last set before Ramsay’s oversea’s adventure (James Fahy is leaping in to fill the void) and the enourmous horns of Dub Dub Goose were there to get toes tapping.

It was sweaty and there was much laughter and dancing.

The moral of the story is to get there early!

UPDATE: David Howe has sent in a magnificent set of photographs from the night, here’s a slideshow: 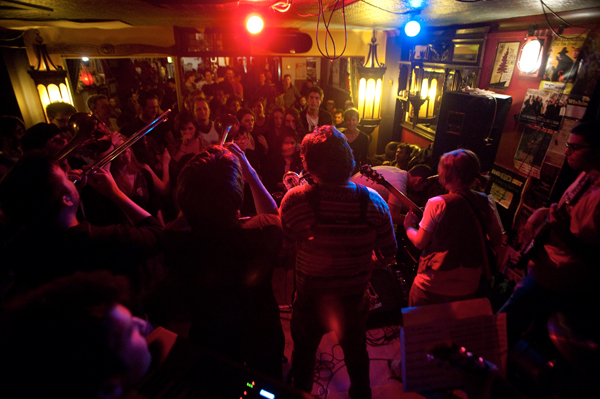