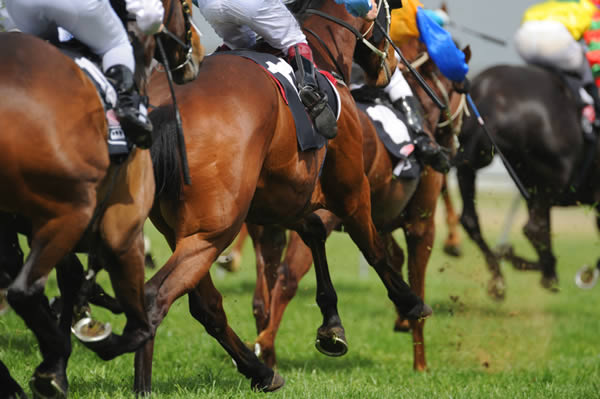 The Yarralumla Woolshed, which is located in the middle of Canberra’s Equestrian Park, has been provisionally heritage listed by the ACT Heritage Council. In principle, this is supported.

What is opposed is the inclusion into the listing of most of the surrounding cross country course, which forms part of the broader Equestrian Park grounds.

Canberra’s Equestrian Park cross country course is described within the Heritage Notice as being merely the rural landscape within the provisional listing of the Yarralumla Woolshed and its outbuildings.

It’s not until you see the site map on the final page that it becomes clear that the cross country course is included. Its valuable contribution to the larger experience that is the Equestrian Park is ignored.

It seems that no notification was given to either ACT Equestrian Association (ACT EA), the peak equestrian body for the ACT, or to NCHTA, whose volunteer efforts maintain and upgrade the course. ACT EA manages Equestrian Park under licence from the ACT Government.

Canberra is lucky to have such a high class equestrian facility, developed and maintained by volunteer efforts. NCHTA has invested almost $90,000 into course improvements over the past few years. NCHTA events at Equestrian Park bring Olympic candidate hopefuls to Canberra to compete each year, as well as supporting many local new-comers as they get their first taste of this international sport.

It appears that the provisions of the ACT Heritage Act 2004 may hamper NCHTA’s ability to continually upgrade and develop the course, should it be included in the final listing. This is because the legislation controls matters such as changing structures, excavation and modification of a site on the Heritage List. There are 145 jumps on the Equestrian Park course from 60cm through to Three Star level that may need to be moved, demolished, rebuilt or substantially modified over time.

While the heritage protection of the Woolshed is a good thing, the case is not convincing of the necessity or justification for extending the listing to the cross country course behind it.

Canberra’s equestrian, sporting and tourism community is urged to respond to the ACT Heritage Council to give voice to opposing the inclusion of the cross country course.

How can you help? Public comment is open until 14 May 2015. Please email heritage@act.gov.au.

Sample text for your email is below:

I am writing in response to the notice of provisional registration of the Yarralumla Woolshed and Outbuildings, Weston Creek, to the ACT Heritage Register.

I write as [a spectator / a recreational rider / a competition horse owner / a competitor / a concerned citizen] to oppose the inclusion of the equestrian cross country course in the provisional listing. The rural setting surrounding the Woolshed is a valuable part of the larger experience that is Canberra’s Equestrian Park.

Canberra is lucky to have such a high class equestrian facility developed and maintained by the entirely volunteer efforts of NCHTA. This course is considered one of the best in NSW and allows riders of all levels to compete in horse trials competitions.
While the heritage protection of the Woolshed is a good thing, the justification for extending the listing to the cross country course is not clear. The rural setting for the woolshed is already protected in numerous ways, and the current landscape of Equestrian Park reflects development of the cross country course over more than 20 years.

Anything that undermines NCHTA’s ability to continue to develop the cross country course will inevitably lead to its deterioration over time, and the loss of a world-class equestrian facility to the ACT and to elite equestrian sport.
I urge the ACT Heritage Council to take account of the very weak case for listing the area, and ensure our beautiful Equestrian Park is able to maintain its potential to develop in to one of the premier facilities in the country.

Michael Hill - 2 minutes ago
Great in hero green too…. View
Paul Leins - 15 hours ago
Chinmoy Misra so you're saying *you* can't maintain a reasonable speed in built up areas without some kind of ridiculous urba... View
News 25

Ramon Montero - 48 minutes ago
I do remember him when started arbitrate football, indeed very polite and educated a young person. I had the privilege to mee... View
Kacey Butterworth - 12 hours ago
I feel extremely privileged to have had Ben as a mentor, teacher and year co-ordinator throughout my high school years. He ta... View
Annamaria Zuffo - 15 hours ago
Fantastic Ben. Lucky kids and us for knowing you. View
Public Sector 3

retep - 14 hours ago
*sourced. Geez it's a rough day.... View
retep - 15 hours ago
Applause. Thanks for your efforts. We too try to alleviate our energy use in similar ways. Also agree with your observations... View
News 4

@The_RiotACT @The_RiotACT
Zapari wanted a standout building for Woden. The result is The Shard. Check out the penthouse views https://t.co/wfAtM4OT2m (50 minutes ago)