Gas leak in a bus

ACT Fire & Rescue are currently on scene at the Woden bus interchange, Callam Street, Phillip, attending to a gas leak inside a bus.

Bus and platform have been evacuated as a precaution.

Leak has been contained to the bus and will be removed from the area shortly.

Correction- Gas leak was from the cylinder compartment on the roof of the bus and not in the passenger compartment.

Platforms remains evacuated as a precaution.

The relocation of the bus has been delayed unexpectedly.

ACT Fire & Rescue has now departed the scene at the Woden Bus interchange.

UPDATE: Poptop has sourced some pictures of the incident: 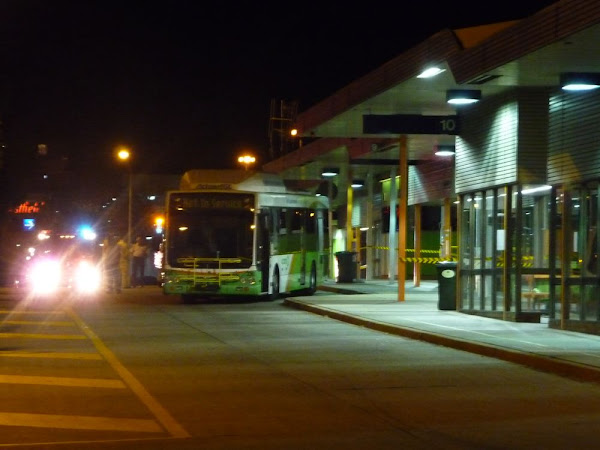 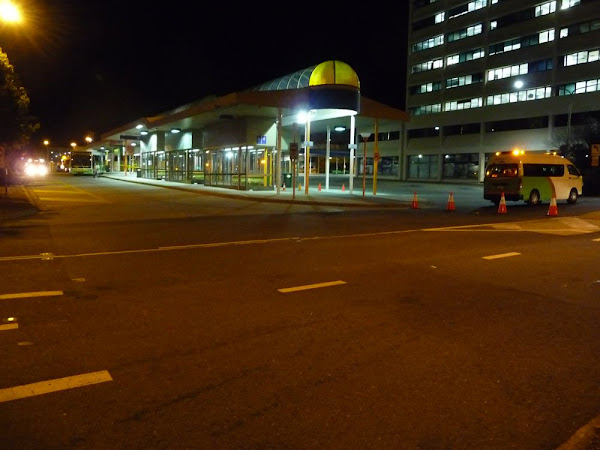 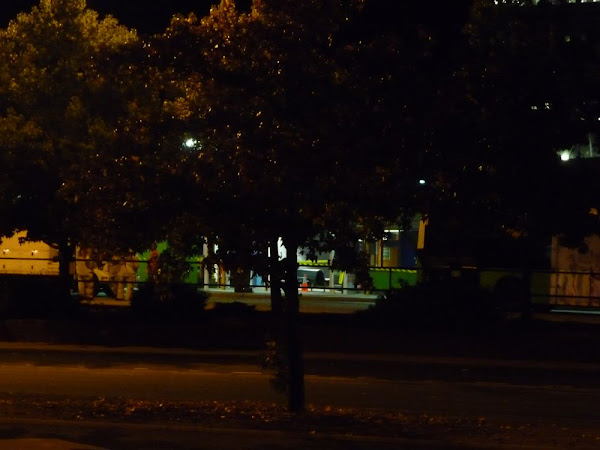 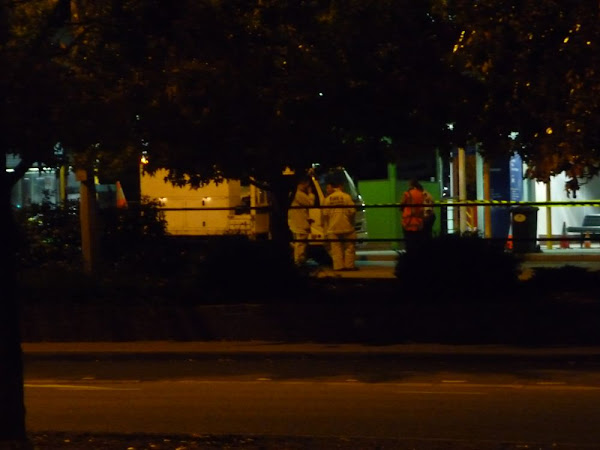 Can’t claim credit for the pics, other than for having friends who are more difficult to evacuate than Mordd, and for overruling the photographer’s opinion they were to dark and blurry to share.

Poptop has kindly sent in some pictures now included.

No but you could have the overhead wiring come down, with the same basic effect. Of course light rail cannot go everywhere a bus can go either, so not sure what your point is really.

Its what we call humour Mr Spock.

No but you could have the overhead wiring come down, with the same basic effect. Of course light rail cannot go everywhere a bus can go either, so not sure what your point is really.

Saw bus 338 being towed past Southlands last night, with a fire truck following closely behind.

That would really get up one’s nose.

Tried to snap some pictures but got evacuated from the interchange so didn’t get a chance. Strong smell of gas in the area. Rear of the bus where the engine compartment is was all blackened and appeared it had caught fire. Buses were all queued up in the adjacent car park instead.

Jayne Bobby - 8 minutes ago
Coolo Park would have been the perfect spot for a beautiful Floriade garden .... hopefully next year 🌹🌷💐🌺🌸🌼... View
Sueanne Matthews - 14 hours ago
I love it and it should be a permanent feature. It really lifts the spirits. View
Sonia Burke - 14 hours ago
Philippe Frost yes I agree...just makes sitting at the lights much more pleasant. View
News 82

Julie Macklin - 12 hours ago
You know what contributes to the decline in green spaces. People building McMansions and filling the whole block. View
Julie Macklin - 13 hours ago
So would I, so we need infill to stop the urban sprawl and bushland and farmland being bulldozed for housing. Urban sprawl al... View
News 11

@The_RiotACT @The_RiotACT
While some of us baked sourdough & others took to online shopping to help us through COVID-19, Kim Treasure entered the weird & wonderful world of the horse owner https://t.co/Gys0labgfb (1 hour ago)