Gillian Triggs ‘Speaking Up’ in Bega 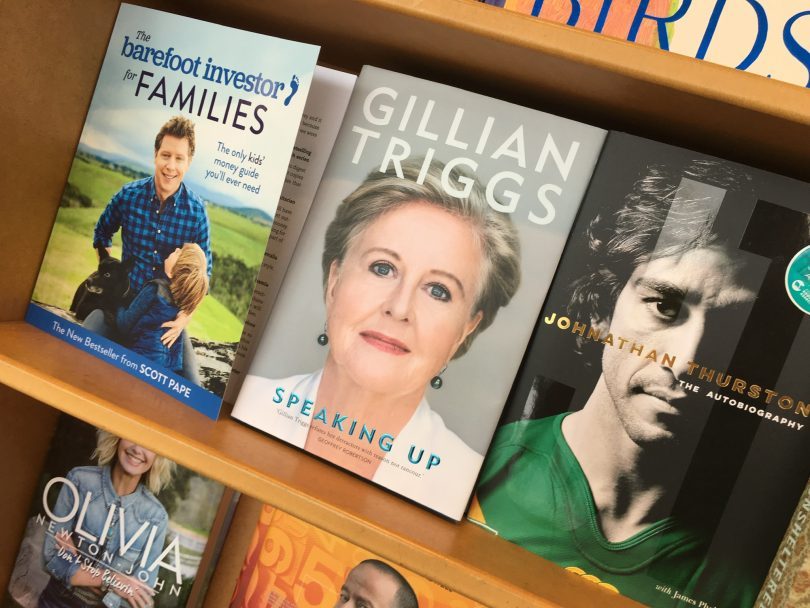 Gillian Triggs has made a rallying call for the freedoms we take for granted to be safeguarded during her Friday (November 2) night lecture in Bega.

With the doors of the Bega High School theatre wide open to catch any passing zephyr, Triggs started a conversation just as hot as the day had been.

As President of the Australian Human Rights Commission between 2012 and 2017, Triggs was often in conflict with the government of the day around asylum seeker policy in particular.

With speculation mounting that all children currently in offshore immigration detention will be processed by Christmas, the visit by Ms Triggs was incredibly timely and put Bega on the frontline of this national debate.

“There appears to be evidence coming from Canberra that we will have all the children off Naru with their families by Christmas,” she says.

“Now when I first heard that news my immediate and rather cynical first response was – they said that several years ago and it wasn’t true.

“This time I think it probably is true.”

Ms Triggs urged her audience of around 150 people to maintain pressure on the issue until the truth of the government’s position is clearer.

“I think [this] reflects a number of important elements, one of them is what I believe is a shift at the community level,” Ms Triggs says.

“Regardless of political views, I’ve found that in Australians all over the country there is a sense that to keep children, young men, and their families on Manus and Naru for five and a half years without charge or trial is grossly contrary to our most fundamental principles.”

With a new book on sale in the foyer, Triggs took the discussion further suggesting a Bill or Charter of Rights would better protect the rights of citizens, minorities, and non-citizens and “ensure a culture of respect for the rights that underpin our democracy.”

The former Director of the British Institute for International and Comparative Law in London and Dean of Law at the University of Sydney believes the absence of a Bill of Rights has enabled successive governments to sidestep the rights and freedoms of asylum seekers and increasingly, the broader population.

Triggs says the freedoms that Australians have taken for granted and assume are part of our law are not and in recent years have been eroded by some politicians and the media, with an “unprecedented, creeping expansion of executive powers and of Ministerial discretion.”

“We are the only democracy in the world that does not have a Charter or Bill of Rights.”

You might ask, “Doesn’t the Constitution do that for us?”

“The answer is that it does not,” she says.

“The Constitution is a functional document on the relations between the Commonwealth and the States – it was the deal done to make Australia in 1901.

“There are almost no protections for our fundamental rights.

“We could do this [Bill of Rights] in a very simple document,” she says.

“The Electoral Commision did a survey a few years ago and asked 3,000 Australians – Do we have a Constitution?”

“Forty-eight per cent said ‘no’. Then they asked a second question – Do we have a Bill of Rights?

“We know more about our rights from American television, wouldn’t it be nice if we educated our children and if we understood that the strength of our democratic system in Australia lies with those fundamental freedoms?

“But ultimately the strength of our democracy lies with the community and with citizenship,” Ms Triggs says.

“In a time when our governments are not meeting the values upon which Australia has been founded then it is time for civil society to take back the power that as citizens we have.”

Gillian Triggs came to Bega as a guest of the Social Justice Advocates of the Sapphire Coast.

It is time to speak up. I have read the constitution – it needs significant reform. Despite recent changes its still supports racial discrimination. It is also deeply embedded in religious and colonial thinking. If we are to get a bill of rights we better get our best ethicists and humanists working on it otherwise those who believe in identity politics and special groups will wont to be treated specially. Lets start the discussion.

May Mac - 44 minutes ago
"I think striking a balance is key." Yes. Not everyone who wants a freestanding house wants the work of maintaining a yard, s... View
Melänie Janė - 1 hour ago
Ridiculous article. View
May Mac - 1 hour ago
In suburbs of a certain vintage when small blocks were as large as large blocks are now, I have seen properties that look lik... View
News 9

Judith Adraskan - 56 minutes ago
A lovely man who will be missed. I worked with him as a colleague for over 20yrs & he was forever gentle, polite & kind. RIP... View
Melissa Dean - 7 hours ago
Such a wonderful, hard working, caring man and friend, taken to soon. I will miss our chats. I learnt so much from him, and e... View
Motoring 39

Louis Larcan - 2 hours ago
And a bonnet scoop ! View
Community 2

Capital Retro - 6 hours ago
I should have stated the obvious namely most service station sites have ample space for both solar panels and batteries but I... View
Property 10

Elyse Albrecht - 6 hours ago
Caleb Albrecht lol apparently you can win an auction even after the hammer goes down 🤷🏼‍♀️ View
Jose Vega - 7 hours ago
In Spain loans for your own home is tax deductible.... Investment loans are not... Majority live in their own home. View
Joel Suryawanshi - 9 hours ago
Sarah Young we are also forgetting that the greedy real estate agents are bumping up the prices and attracting investors from... View
News 4

ACT resident - 10 hours ago
Is this more spin from the lessee? ALDI at Fyshwick did not proceed because there are very stringent rules in the ACT regardi... View
show more show less
*Results are based on activity within last 7 days

@The_RiotACT @The_RiotACT
The @CanberraLibs are calling for a Gonski-style review of the ACT's education system, and questioned the effectiveness of inquiry-based learning https://t.co/vfpwgh5Ocz (46 minutes ago)