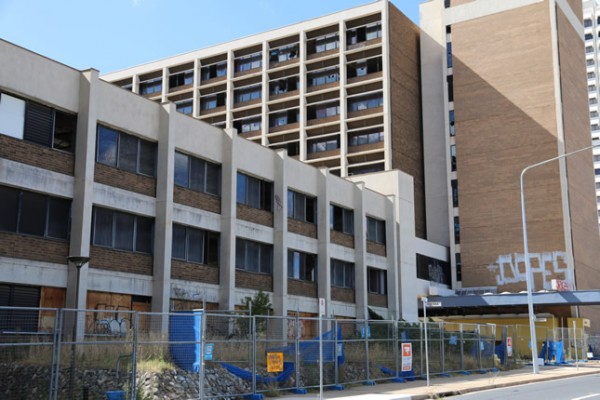 The vacant office buildings in Woden will be reborn as apartments, with diverse retail and commercial spaces on the ground. File photo.

The Woden Valley Community Council has welcomed plans by Doma Group to breathe new life into the vacant Alexander and Albemarle Buildings as European-style apartments with ground floor retail and commercial spaces.

Doma says it will re-purpose the former Commonwealth office towers in Woden, that have stood empty for eight years and attracted vandals and trespassers, into nearly 200 ‘airy and textural warehouse and loft-style apartments along with diverse non-residential uses activating the grounds of the site’.

“Doma will begin a long-awaited activation of this under-utilised central part of the Woden Town Centre,” it said.

WVCC president Fiona Carrick said the proposal appeared to be a good outcome for the site, and the community looked forward to continuing discussions as the project is further developed.

“To make the whole Woden Town Centre precinct attractive to families we will talk to the ACT Government about plans for the broader precinct, for example, public spaces, playgrounds and community facilities,” she said.

Doma says the concrete structure of the two towers will be preserved and re-purposed for lower-density urban living in the heart of the town centre.

“Much of the architectural effort externally is to harness the strong mass and form of the building while balconies and façade treatments will render the buildings unrecognisable from their current state,” it said.

“The smaller annexes will make way for a new retail and commercial thoroughfare set around a central and activated mews with the lower structures topped by beautifully conceived apartment amenities including a pool and tennis court.”

Doma says the development has already attracted a large number of businesses including childcare centres, commercial gyms, gastro pub and brewery, distillers and cafes with further food and beverage businesses to come. 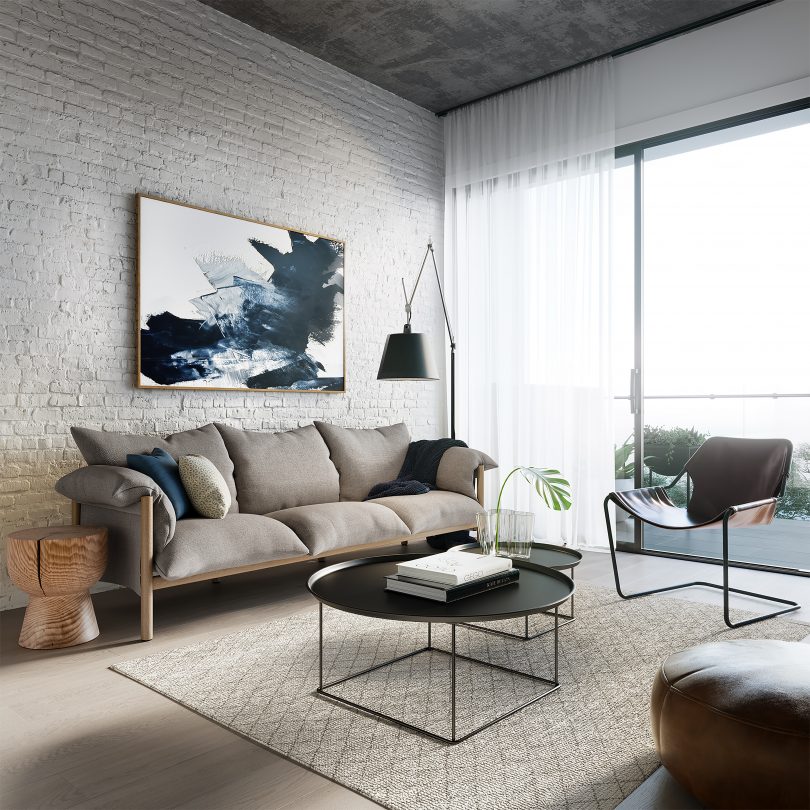 What the new one-bed apartments will look like. Image supplied by Doma Group.

It says some of the retail and strata office spaces had concrete ceilings soaring as high as five metres, with a ‘genuine industrial warehouse aesthetic’.

“The two buildings will comprise less than 200 apartments between them, all enjoying 3.4 metre ceiling heights and celebrating their raw, industrial overtones, with exposed concrete soffits, brickwork and other textural features. The interiors and spaces will be a deliberate counterpunch to the bland, small, plasterboard boxes that are now common in the market,” Doma said.

It says the development will have a distinctly European feel and will deliver on the promise of authentic warehouse living featuring genuine industrial features and space.

The price of a one-bedroom apartment will start at about $325,000, with no apartment smaller than 65 square metres and each property priced with at least one car space (although buyers can elect to buy more or less).

The top floor of the building will feature one and two-bedroom maisonettes that emerge over the existing roofline.

“The ethos surrounding the development is one of reusing and re-purposing the Woden landmarks. The look is urbane, the feel organic and raw, with the intent for Canberra’s best innovators to activate the curated open spaces created in the grounds of the buildings,” Doma says.

A development application is expected to be lodged by late May, early June.

Steve Berka i didn’t realise that these buildings had been empty for 8 years.

Niven, Andrew, Fiona – we were just talking about dad’s old building a few weeks ago!

Ooh – ‘warehouse and loft style apartments’ , sounds great to me.

Are they all going to be residential apartments? When I went to Melbourne for the Arnold Classic I stayed in a building of serviced apartments rather than a traditional motel/hotel. Some of the units were rented to tourists (like me) while others had permanent residents. Perhaps this model could be used here, especially since we are always trying to boost the tourism sector.

Alex Conway Helen Conway Maybe one of these years…

if we’re lucky it might happen before we all retire!!

Doma says the development has already attracted a large number of businesses including a pub and brewery, distillers and cafes with further food and beverage businesses to come. Yay … bring it on … some entertainment might spread into the town square. Have you got any ideas for the street furniture installation that might make the town square more hospitable so the community wants to hang around. The wind shear seems to have reduced since the stairs went in, it seems to flow through better. 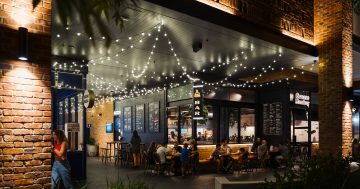