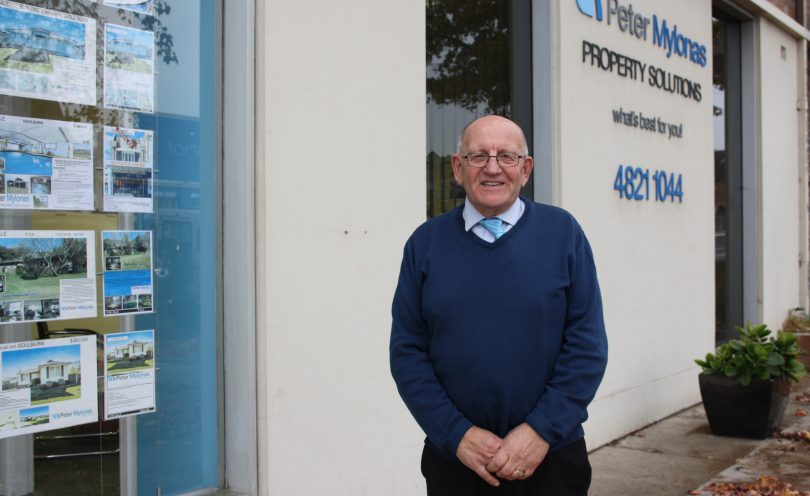 Goulburn is attracting attention not only for its strong housing and residential land market but also for industrial and commercial real estate, with investors moving to capitalise on its growth potential and affordability.

In the past 12 months 553 houses have been sold in Goulburn with a median sale price of $408,000, up 6.96% annually. That rise is ahead of the national average of 4.30% according to real estate data provider propertyvalue.com.au.

A strong market is in line with upward population trends and it’s a momentum that will continue, Peter Mylonas of Peter Mylonas Property Solutions said.

“From a real estate perspective, we are attracting some big players and they are endorsing Goulburn through their multi-million dollar developments,” Peter said.

“We have the $17 million residential and commercial redevelopment of the former Marian College school, and there are some big players at Marys Mount [residential developments].

“I hear a lot of talk in Sydney about Goulburn as a growth centre because affordable opportunities are getting much harder to find in Sydney. We are finding the investors are coming here.”

While predictions for 2018 include a quieter year for the housing market, at least in the capital cities, demand for industrial land in Goulburn is increasing, largely driven by skyrocketing rentals in Sydney.

The Goulburn Mulwaree Council is proactively undertaking investigation and review of land development, heritage preservation and housing variety and supply under its ‘Growing and Sustaining Goulburn Mulwaree – Your Future, Your Say’ program. Population growth, infrastructure requirements and community needs are all in scope.

With the Goulburn Mulwaree Local Government area hitting 30,438 and population drift flowing from Sydney and its outer regions, now is the time to plan infrastructure requirements.

Located just 195 km from Sydney, Goulburn will likely be impacted by the NSW Government’s plans to create a new town in Wilton in the nearby Wollondilly Shire, with around 15,000 new homes to be built over the next 20-30 years. 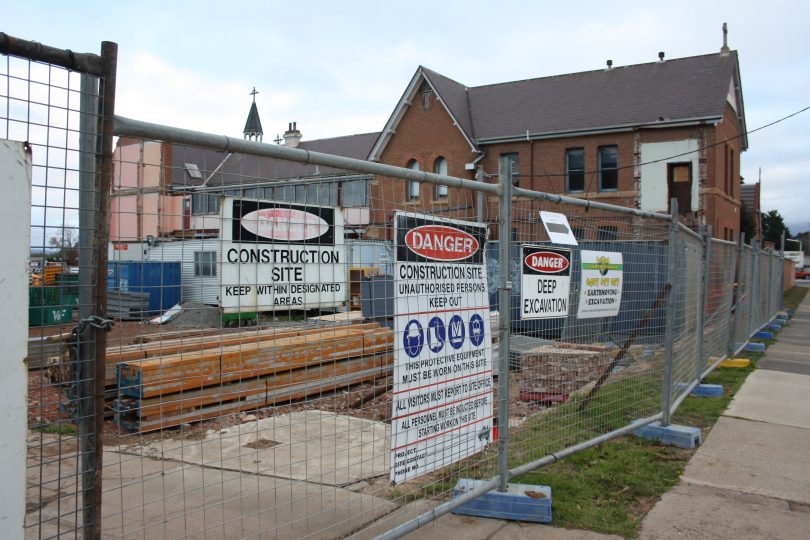 Equally, the development of Sydney’s second airport at Badgerys Creek may have a flow on effect, with predictions of 11,000 new jobs during construction and a further 27,000 when the airport is operational – pushing housing prices in the Macarthur region up.

“We need to start planning our infrastructure requirements now and rail services will be a key. Our rail system was intended for the last century. Better transport services will connect us not only with Sydney but Canberra as well. I believe a fast train connecting Canberra, this region, and the Southern Highlands to Sydney will be a reality. It’s just a question of when,” Peter said.

“We’ve hit the 30,000 population mark and the momentum won’t stop in the Goulburn region. In five years I see a thriving city and a lot more vibrancy and movement. There will also be more high rise residential and commercial development close to the CBD and we are getting more of those developments now – people seeking apartment living, close to retail and transport links.”

For Peter, a strong community advocate and volunteer, there are no surprises in current investor focus.

“I’ve been saying for 15 years that ‘Goulburn is a city sought after’. It has lifestyle and space and friendliness. It’s still small enough, where you can make a difference in your community if you want to, and we’ve still got that personal touch – we are not so overcrowded that you are insignificant,” he said.

“There is also change coming in and new perspectives. Things are getting done.”

Goulburn Mulwaree Council has steadily been focussing on improving amenity, and undertaking consultation and planning for the future over the past couple of years. A new Performing Arts Centre, upgrading of recreational areas and CBD enhancement are just some of the improvements either completed or under construction.

David Jenkins - 3 hours ago
Road rules aren't the same as licencing 🤷‍♂️. Make up your mind which you're going to have a whinge about. Given hor... View
Claudio Neumann - 7 hours ago
Jesse Pricsina I feel these vibes very strongly. also get off my lawn darn kids with their scooters View
Michael Ilsley - 8 hours ago
I love scooters, fabulous! View
News 12

Chris Prentice - 4 hours ago
Matthew Soall But it is a business. View
James Vetos - 4 hours ago
A committed centre of learning excellence... Nope, a one trick business struggling under a poor business model. Should be ash... View
Liam O'Toole - 6 hours ago
Emphasis on international students. ANU is discovering the results of putting all your eggs in one basket. View
News 68

Weighing the risks of a potential Goulburn poultry farm

@The_RiotACT @The_RiotACT
With an alfresco living area complete with outdoor kitchen, you will feel like you are living in luxury in #Crace https://t.co/FiPwmUQolH (8 hours ago)