A Goulburn couple faces fines of $19,000 each after allegedly escaping Melbourne Airport when police told the pair they would have to undergo a mandatory 14-day quarantine period.*

The 24 and 26-year old allegedly fled in a car waiting outside the airport after arriving from Canberra, Victorian Health Minister Martin Foley said.

“Upon the advice of the public health team, those people have breached numerous orders of the public-health state of emergency in Victoria and they will each be fined at least $19,000 for their breaching of those arrangements,” he said.

“This is a very serious matter.”

The couple has since returned to Goulburn.

Canberrans were also left unsure of quarantine requirements when arriving in Victoria on 1 January after some were told by police at border checkpoints they would need to self-isolate after crossing the border, despite contrary advice from Victorian health authorities who said the ACT remained a green zone.

Acting ACT Health Minister Chris Steel said the ACT Government confirmed with the Victorian Government that ACT residents or people travelling from the ACT will be permitted entry to Victoria without having to quarantine unless they have visited a hotspot area.

“We are aware people have received conflicting advice when travelling to Victoria,” Mr Steel said yesterday.

“We have raised these concerns with the Victorian Government and expect they will update communications and information overnight in line with the new direction taking effect.

“This is a rapidly changing situation and we ask Canberrans travelling to Victoria to remain patient and follow the Victorian Government website for more information.

“Any ACT resident who has received conflicting advice at the border this evening should contact the Victorian Government for more details.”

Genomic sequencing of the virus in Victoria has linked the NSW cluster and the outbreak in Victoria.

Mr Foley acknowledged that the closures would be difficult for some people over the holiday period, but are necessary as the virus “does not respect state borders”.

“We take all the necessary measures we can to make sure that we bring it under control as soon as possible,” he said.

For information on the arrangements in Victoria, visit Vic Gov.

*CORRECTION: This story originally said the couple have been fined. The fines have yet to be issued.

RiotACT, could you please follow through on this story to see whether the fine is ever enforced? I have a feeling this is more political blustering and authorities are hoping it will just die down and go away.

I think it’s pretty obvious that this fine will never be enforced, it’s just for show.

The Victorian Government has proven itself to be run by incompetent, scapegoating, blame shifting, finger-pointing authoritarians, but still has a loyal cheer squad, so eager to condemn their fellow citizens. ‘Sieg Heil Viktoria’.

One thing airports have, apart from expensive coffee, are big mobs of surveillance cameras.
Would like to see some airport footage of them confirming they waited around for a hour, then ‘fleeing’ to a waiting car.
Were they being ‘held’ in a special area designated by Health officials, or out in the general concourse.

Statement from the couple, quoted from the ABC:
“Like hundreds of others on January, 1, 2021, we got caught up with the confusion when the rules about entering Victoria changed,” Terry and Debbie Elford said in a statement provided to Nine.
“We had a permit, live in a green zone in NSW, were flying from Canberra airport, which is allowed, and after we arrived in Tullamarine, we were stopped by [DHHS] officers who were not able to tell us whether or not we needed to quarantine, so after about an hour or so we walked away.”
“This was all in line with the plans we had outlined to [DHHS] officers,” they said.
“We were really shocked when we woke this morning to this media story, and following that have proactively contacted our local police in Goulburn to sort this out.
“We also have proactively gone to get a COVID-19 test this morning, and will be self-isolating.”

They deserve two weeks in prison and should have to write a two page apology detailing their mistake and why what they did can harm people.

Action. Have you considered the civil rights of the people who may have been infected by the irresponsible idiots who thought they could do a runner from the rules. It would seem that you do not give a damn about this aspect. A pox on you.

More people have been infected with paranoia and bovine docility than the virus, which has a low mortality rate and a high irrational fear factor. In the absence of an effective vaccine the best way to beat any virus is to get it, develop antibodies to it and get over it. Those who would give up essential liberty, to purchase temporary safety, deserve neither liberty nor safety (Benjamin Franklin).

I hope they are fined the full amount. They also intentionally fled from authorities after being given the quarantine order. It’s necessary to check the advisory from relevant authorities when travelling and the reason why I have been cautious and avoided travelling interstate at this time, as much as I would like to do so even to disadvantage. Healthy boundaries is of paramount importance.

The rules are confusing, misunderstood, inconsistent, arbitrary, constantly changing and a violation of our civil rights. The fines are disproportionate, draconian and hopefully unenforceable.

Told at the airport they had to do 14 days quarantine, so the idiots thought taking off would be so clever. At an airport…with likely lots of cameras. Moronic and selfish!
What did they expect? I don’t feel at all sorry for their self-induced fine.
If they then sneak out of their home quarantine, maybe another 1,000 for each breach would help keep them home, and a few days added on.

Yep, maybe the rules are confusing. Still, there is no reasonable excuse to run from authorities. If you’re travelling then it’s up to you to find out the rules and comply with them – the rest of us are. I hope the fines are enforced to show others who are thinking of doing the same that their selfishness will be punished.

Maya,
Perhaps it’s the constant changing and conflicting information on the Victorian government’s own website?

But since you were actually there, Perhaps you can tell is exactly what did occur, seeing as you don’t feel sorry for them and all……..

Maya, Victoria is a an erratic debacle of incompetent administrative and policing confusion. Read the statement from the couple and then your response may be tempered with some kindness and understanding.

Silly comment, because for that matter, you weren’t there either. They were told they needed to do quarantine. Nothing hard to understand there.

The difference between you and I being I haven’t claimed anything about this couple and what they did or didn’t do so it’s irrelevant that I wasn’t there.

You have read the couple’s statement disputing the claims you’ve repeated here right?

You have also been following this issue where the Victorian government and the border control staff have repeatedly issued conflicting and contradictory messages on who exactly has to quarantine and/or is barred from entering the state right?

And don’t you think it’s strange that these two could simply run away from police at an airport border checkpoint?

No matter what actually happened it doesn’t look good for the Victorian government.

Either they can’t manage a simple gated border checkpoint at an airport or the claims you’re making are wrong. 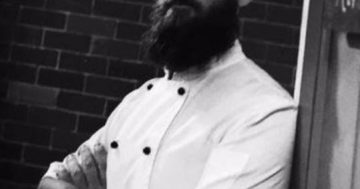 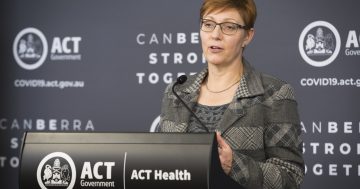 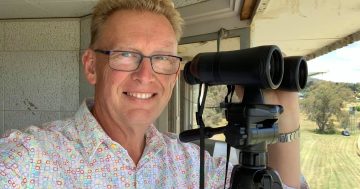 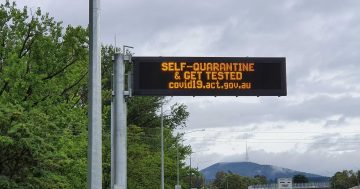 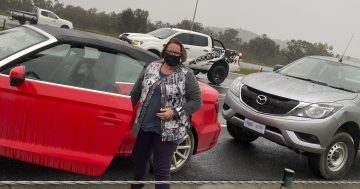