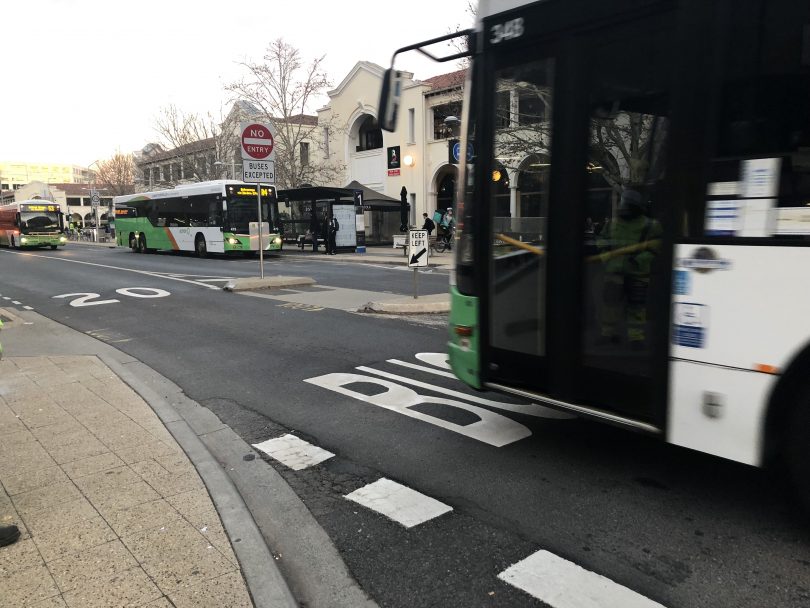 Public transport fares have not increased since January 2019, and will not rise on 1 July. Photo: File.

As more Canberrans return to their workplaces and public transport, they will not have to worry about fares going up in the new financial year.

The government has announced that public transport fares will not increase from 1 July, as Canberrans continue to recover from the COVID-19 pandemic.

“The ACT Government knows that COVID-19 has put increased pressure on families, and every little bit counts,” Minister for Transport Chris Steel said.

“Many people rely on public transport to get around, and freezing bus and light rail fares will help to ease financial stress during this challenging time.”

“I encourage Canberrans to travel at off-peak times when it is cheaper, and to help reduce crowding on buses and light rail,” Mr Steel said.

“Having a MyWay card is still the cheapest way to use public transport as the card calculates the cheapest possible fare per passenger, based on any eligible concession and daily or monthly fare caps,” he said.

The Network 19 update will commence on 18 July and Mr Steel said this would mean a large increase in off-peak services to better enable the community to spread their travel during the pandemic recovery.

The update will provide 692 extra bus services each weekday and introduce more direct routes and more frequent services. Light rail will also increase in frequency, with morning weekday services every five minutes, instead of every six minutes.

Public transport fares have not increased since January 2019.