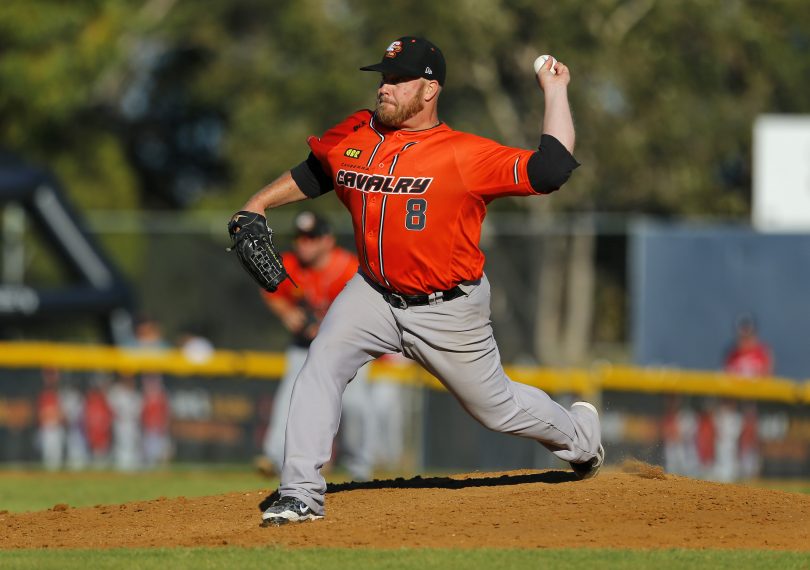 Frank Gailey in action for the Cavalry in 2018. Photo: James Worsfold – SMP Images.

Frank Gailey knows what it’s like to need support. During his first stint as a pitcher for the Cavalry in 2017, his wife Christina was seriously injured in a car crash on the Kings Highway and the Canberra community was there for him.

Now the outgoing American wants to be there for the city that has become somewhat of a second home and hasn’t wasted any time reaching out.

“Canberra’s community is what I call my second family now. The way they came around after my wife’s accident was unexpected considering I’d only been around for about six weeks at that point,” Gailey said.

“So playing the game I love for the Cavs and being around the community that I love is really important.”

Frank has moved back to the ACT with his wife, and is currently working in construction.

He recently helped create Capital Dugout – a coaching program based at the MIT Ballpark in partnership with MIT and Canberra Baseball. He’s mentoring and coaching young athletes to help them succeed in the sport and life. 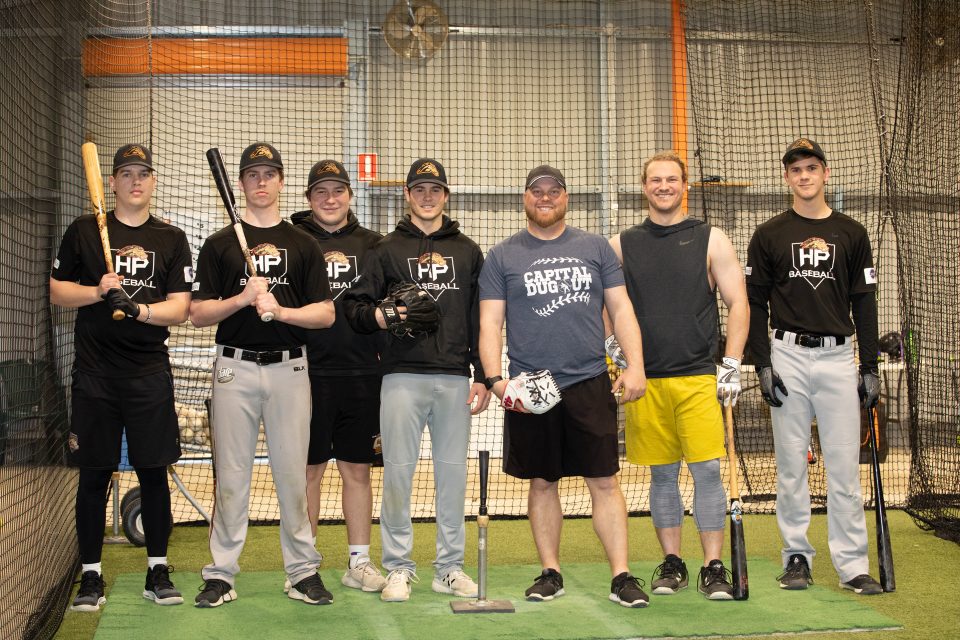 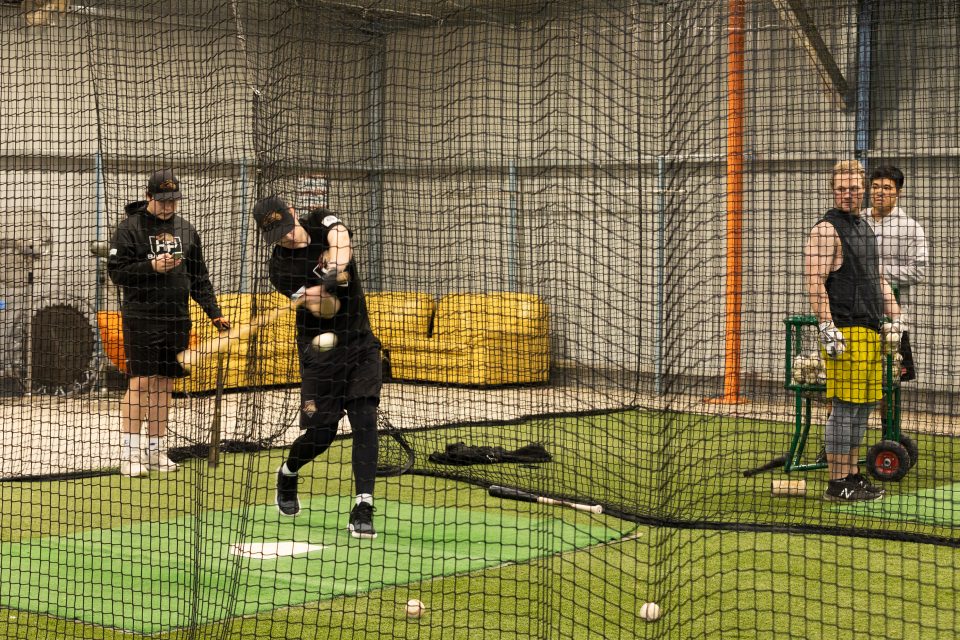 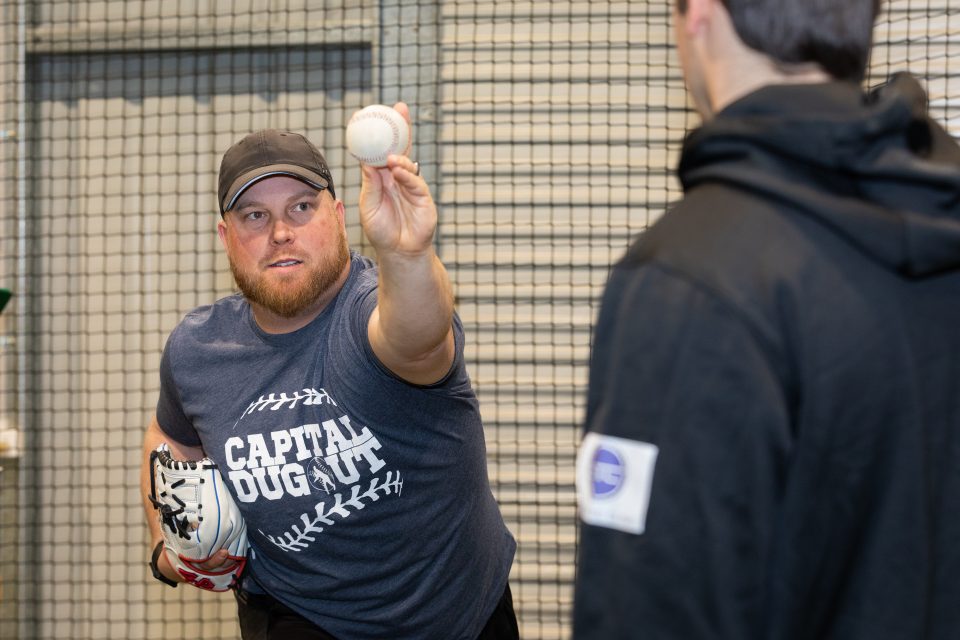 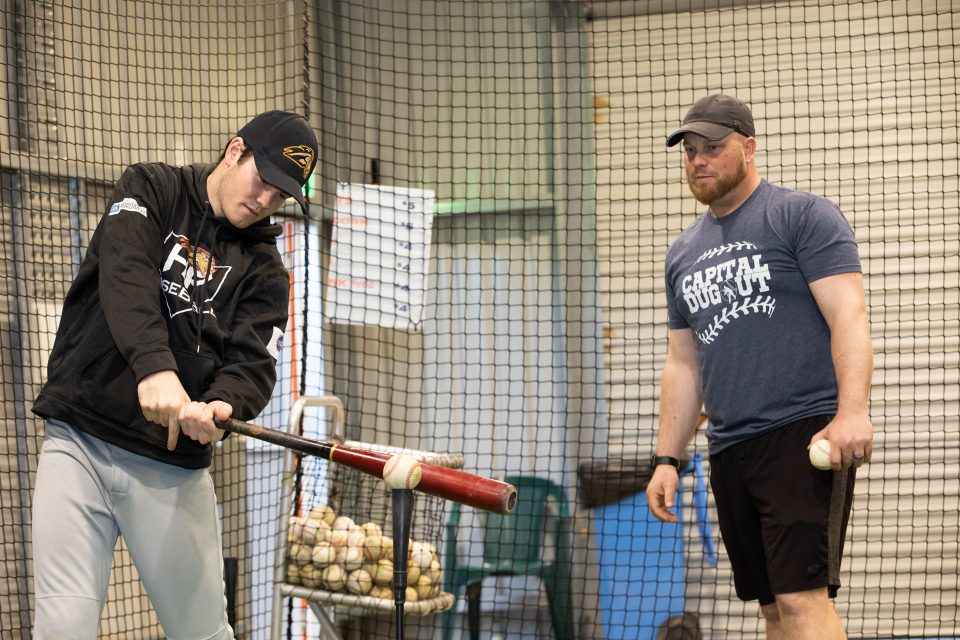 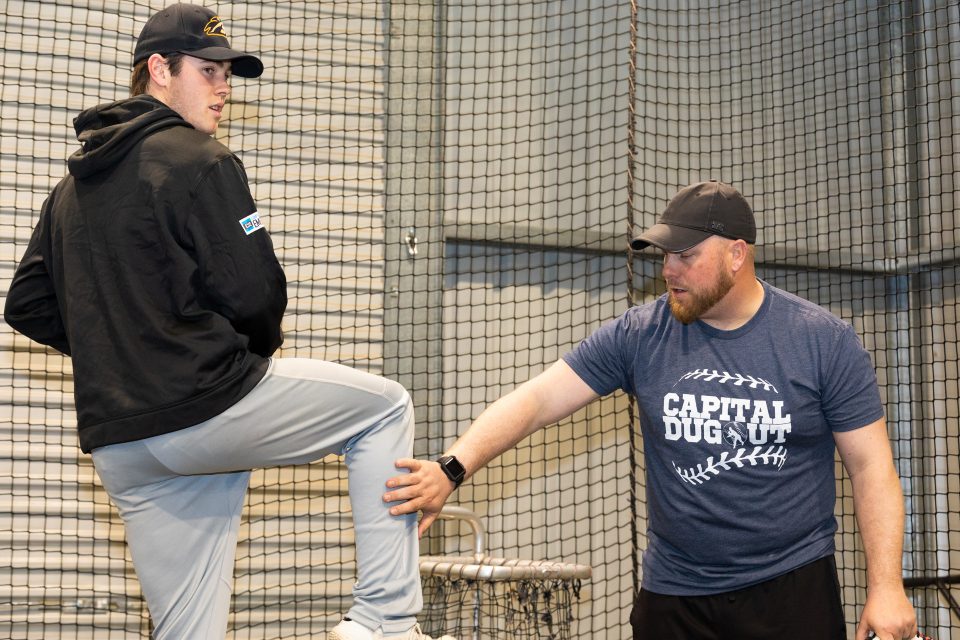 “This year, an opportunity came about to give back what people gave to me. I wouldn’t be where I am in my career if I didn’t have someone that gave their time and knowledge to me and taught me to be a professional on and off the field,” Frank said.

“I’m now at a point in my career where I’m not a spring chicken anymore. I want to help kids whether they want to play for the local team or strive to be a Cavs player or even play in the big leagues – I’m just here to help them with any goal or dream.”

Gailey’s career has taken him across the United States, to France and even brief stint in the Dominican Republic, but he will always be deeply connected to the ACT.

That’s why when it came to putting pen to paper on a new deal – that will see him pull on the orange, black and white for a fourth time in 2020/21 – he didn’t need to think twice.

“I’ve had success as a Cav, but it’s more the community and the family base that I come back to. Everyone in that community, everyone in the stands.”

“It’s a family culture so it’s easy to come back and play because you’re welcome, you love being here and seeing the passion of the fans – that makes you passionate about what you do.”

The Cavs had a relatively successful 2019/20 season, making it to the semi-finals before falling to the Adelaide Giants. Their one and only Australian Baseball League (ABL) title came in 2013 and Gailey would love nothing more than to be a part of a side that brings the Claxton Shield back to the nation’s capital.

“Talking to the guys that won it in 2013 and guys that have been around since then, like the Perkins brothers, you just see passion and want,” he said.

“Everyone loves winning, but the sense of what they want to bring to the community is just unbelievable. I want to be a part of it. It’s not just a simple championship; it means that much more.”

Batter up! Expert tips for delivering a perfect pitch

Lachlan Roberts is a self-confessed newbie when it comes to baseball, but he stepped up to the plate for a one-on-one masterclass from Canberra Cavalry pitcher Frank Gailey on the basics of delivering a perfect pitch. Click play below to see Frank and Lachlan in action.

There is a positive atmosphere around the Cavalry squad after Gailey joined the likes of Boss Moanaroa and manager Keith Ward in recommitting for next season. But he believes there is much more to the club than attracting good talent.

“To me it doesn’t matter who we have on paper; it’s how we react in the clubhouse. Ever since I’ve been a part of the Cavs I’ve seen really strong camaraderie. 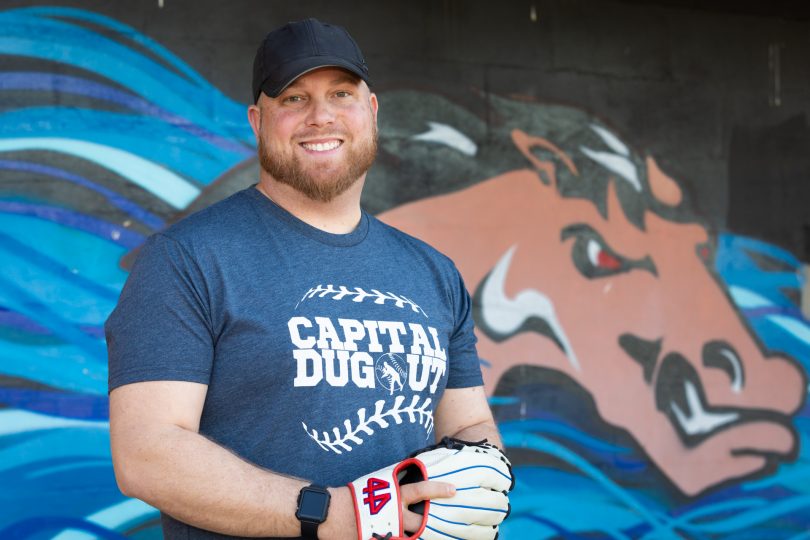 Gailey is keen to go out and have fun on the baseball pitch this year. Photo: Michelle Kroll.

“We’ve had quite different talent levels come in, but the one thing that stayed the same is that we all have each other’s back. We all have a really good time and we all have winning and the team in mind.

“That’s not going to change this year – we’re going to go out and have fun and compete to make the playoffs and hopefully win the championship.”

The COVID-19 pandemic has delayed the release of the 2020/21 ABL schedule. The league is hoping to provide more clarity by the end of August.

To stay up to date, visit the Canberra Cavalry.

Frank is one of the true greats! He gives so much back to the Canberra baseball community in ways this article doesn’t even mention. So glad to hear he has signed for another season. Can’t wait to watch him throw some left handed bullets.