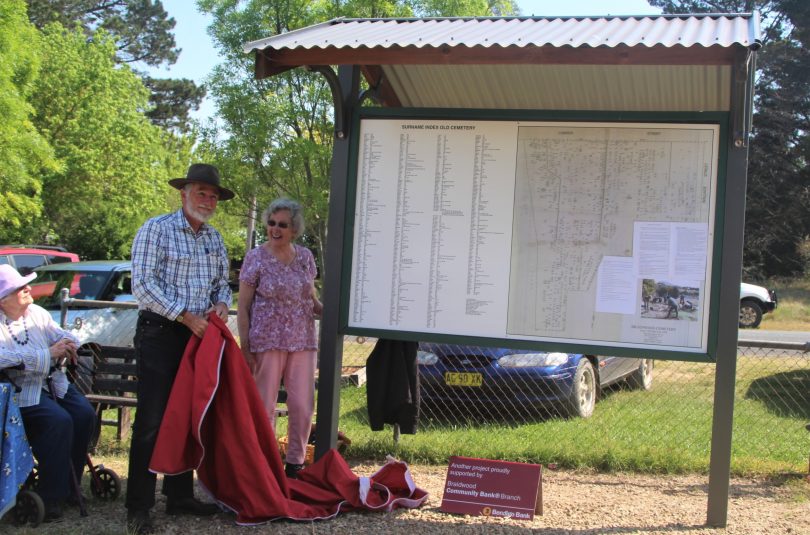 It was fitting that on Halloween a ceremony was held at the Braidwood Historic Cemetery to unveil a new sign with a map of all the headstones.

The map has been the work of Margaret Royds OAM, who has been collating information about the cemetery for more than a decade.

As a heritage town, many visitors to Braidwood come to find out where their ancestors are buried. While the Visitors Information Centre and Museum have some records, until now there was no way to direct families to their loved ones within the cemetery.

Some of Braidwood’s older generation helped with identifying the unmarked graves which were known to exist. There is also a corner of the cemetery for children and babies buried without names. But mapping such an old cemetery was a challenge.

Mrs Royds and the historical cemetery committee walked the cemetery and made a map with the help of a local graphic designer.

In the future, the committee hopes to have a rock and plaque on each or a communal plaque noting the missing names and dates. 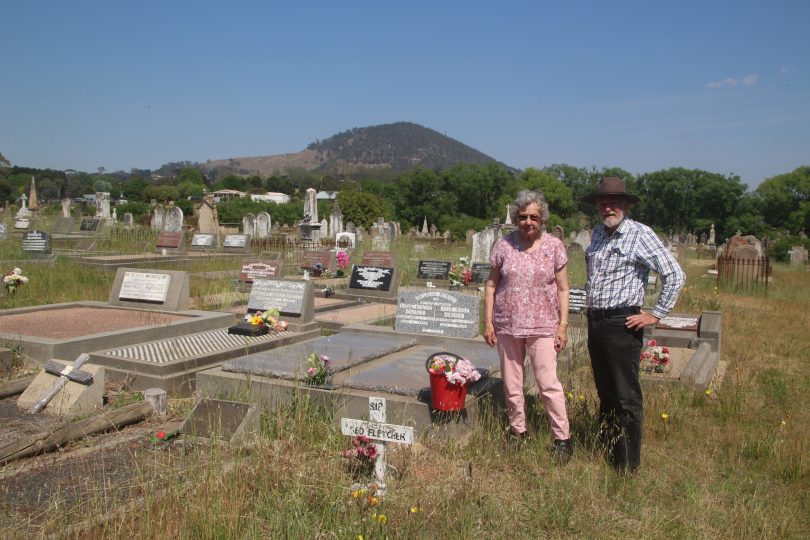 The Braidwood Community Bank sponsored the Braidwood Historic Cemetery headstone repairs with a $5350 grant, and a new notice board with the map was erected. 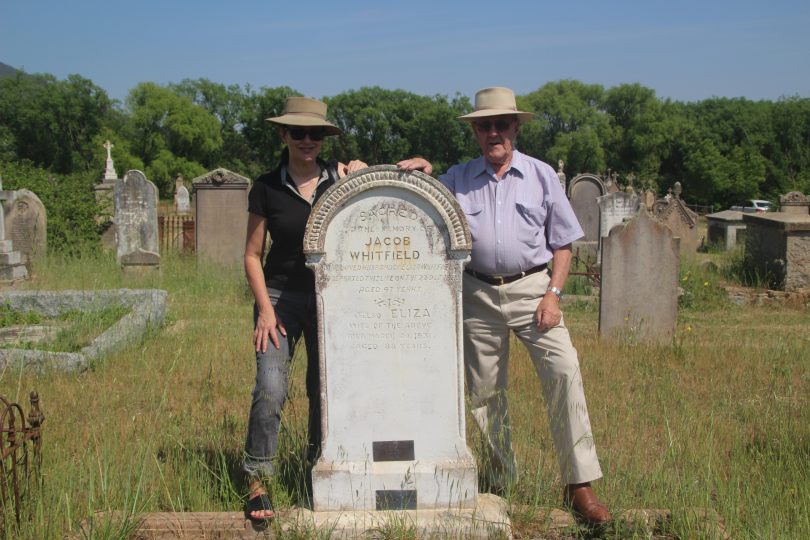 Kathryn Whitfield with her father Norman Whitfield at the grave of his great-great-grandfather.

Following that, the energetic committee plan to produce a book with a photo of each headstone and the inscription.

At the short ceremony, President of the Braidwood District Historical Society Peter Smith noted just how many people were drawn to Braidwood to look for their ancestors and discover the history of the region. The cemetery also contains an obelisk erected to the memory of the four Special Constables killed by the Clarke Gang Bushrangers in 1867. 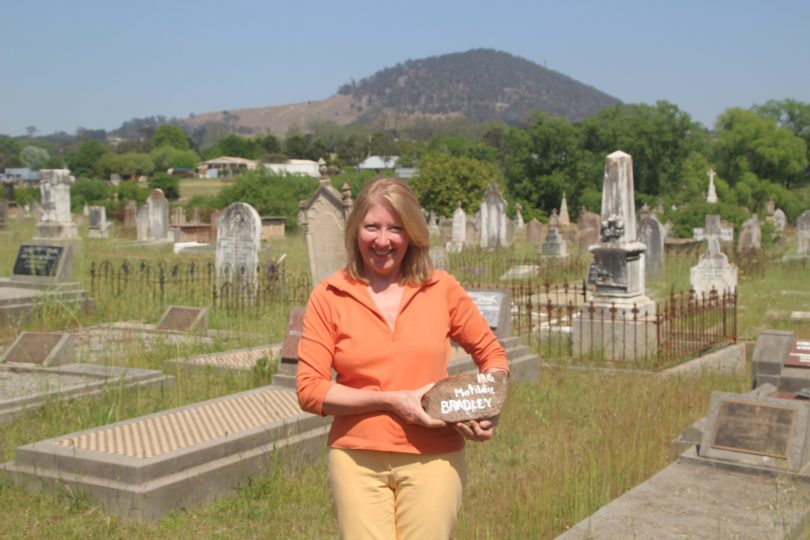 Mrs Royds also thanked Mary Appleby and the year 7 elective students from Braidwood Central School who helped with the survey and planted trees in 2006.

Mrs Royds reminisced that when she first started on the cemetery work, Deab Wehby used to come down and have his lunch at the cemetery, giving them the idea for a seat.

“So now we can all have a look around and a rest” said Mrs Royds. 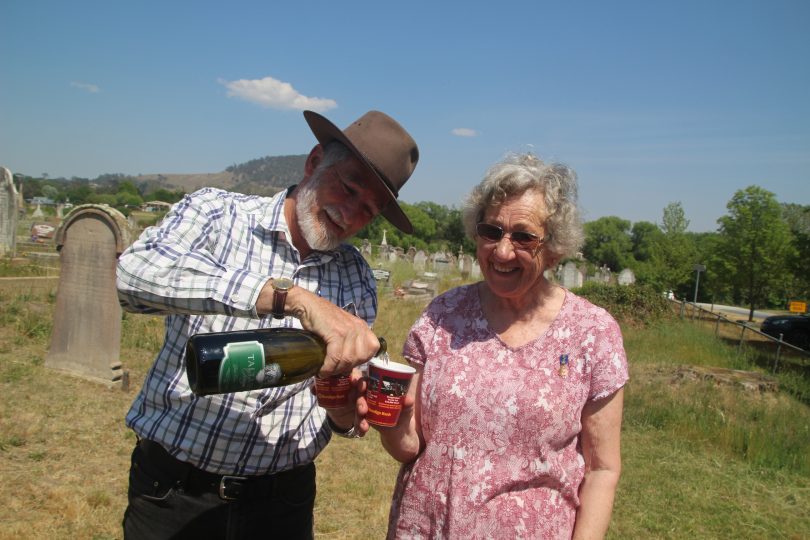 Peter Smith and Margaret Royds toast the completion of the project.

Peter Hyde - 43 minutes ago
Greg Myat they are for sampling the potable water supply. The samples are the taken to a laboratory and checked for quality a... View
Lexie Donald - 4 hours ago
now you know 🤣🤣🤣🤣🤣🤣🤣 View
News 22