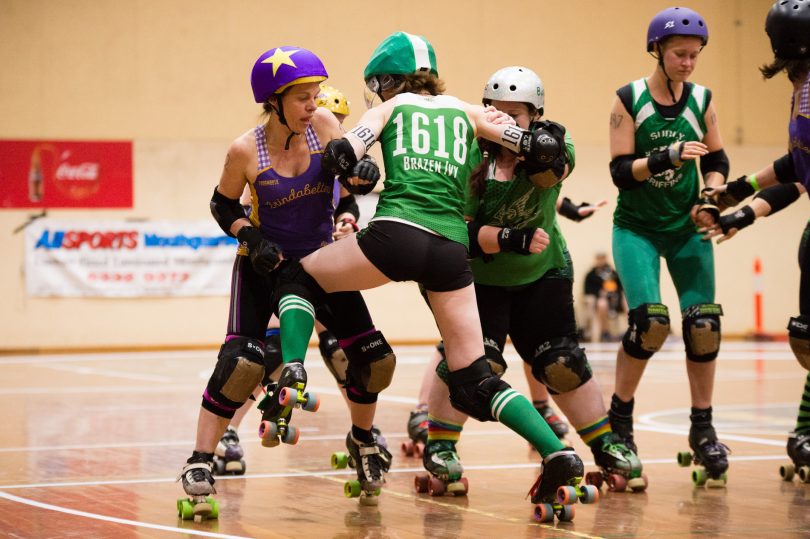 Good defensive skills have been a big part of Canberra Roller Derby League ranking 14 out of 458 leagues worldwide in the Women’s Flat Track Derby Association, and there was plenty on show in this local game. In the end, the Brindabelters took advantage of power jams at key moments in both the first and second half to grab points, and learn from their first-half mistakes to maintain their lead at the end.

The first half was dominated by strong Griffins defence. Midway through the first half, Fast and Furiosa stole lead jammer for the Griffins after a Brindabelters hip block that looked like it pushed Furiosa to the front of the pack instead of off the track. This seems to have been a pivotal moment for the Brindabelters blockers, who learned quickly from their mistakes. In a jam shortly after, more than 30 seconds elapsed before either jammer cleared the pack, due to strong blocking walls from both teams. The last jam of the first half brought the drama, with no lead jammer due to both teams’ point scorers spending time in the sin bin. At the end of the first half, the Brindabelters were in the lead by the slimmest of margins, at 82 points to 80. 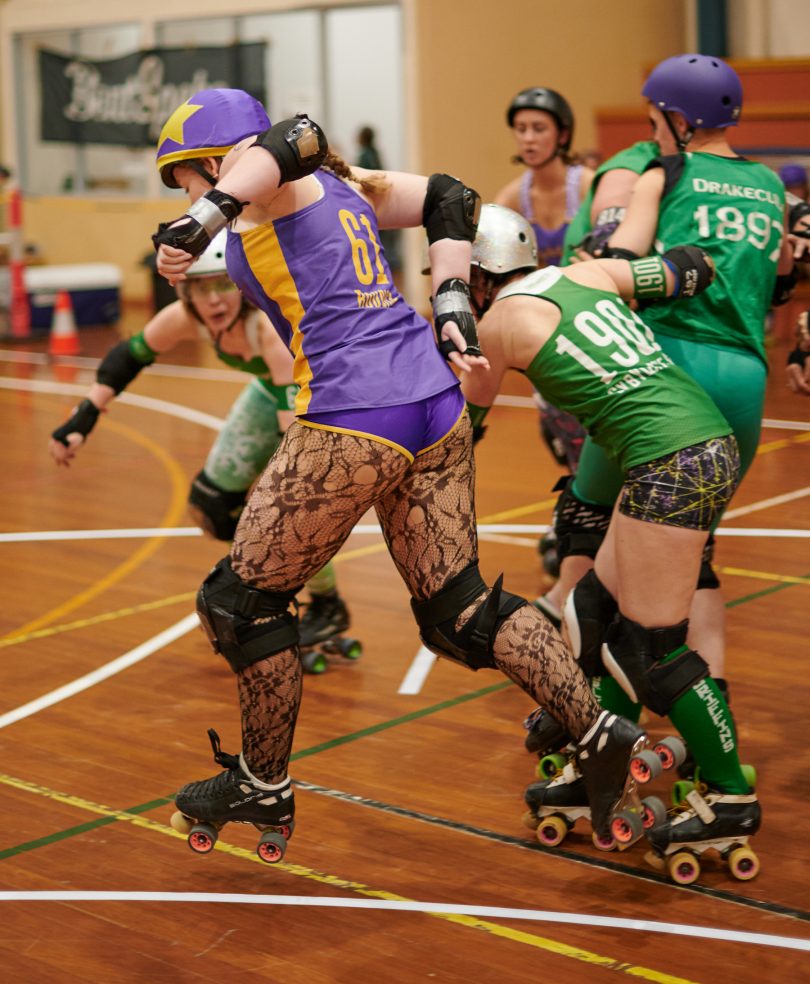 The second half started with the Surly Griffins amping up their efforts to control the jam, regaining their lead on the scoreboard by the third jam. In the fourth jam of the second half, Freudian Slit came in hot on a Brindabelters wall as if she was going to push through it but then juked around the side to widen the Griffins lead to nine points. Freudy continued the strong offensive play in her next outing as jammer, showing strength to knock a Belters blocker to the ground while breaking through the pack. The effort only resulted in one point for the Griffins, with Belters lead jammer Lemmy Atom calling it off shortly after.

Agility, rather than brute force, was the key to breaking through the pack efficiently. One jam saw Pink Mist, who had the most jams in the game from either team, take the lead by scooting around the Griffins blockers as if they weren’t even there. 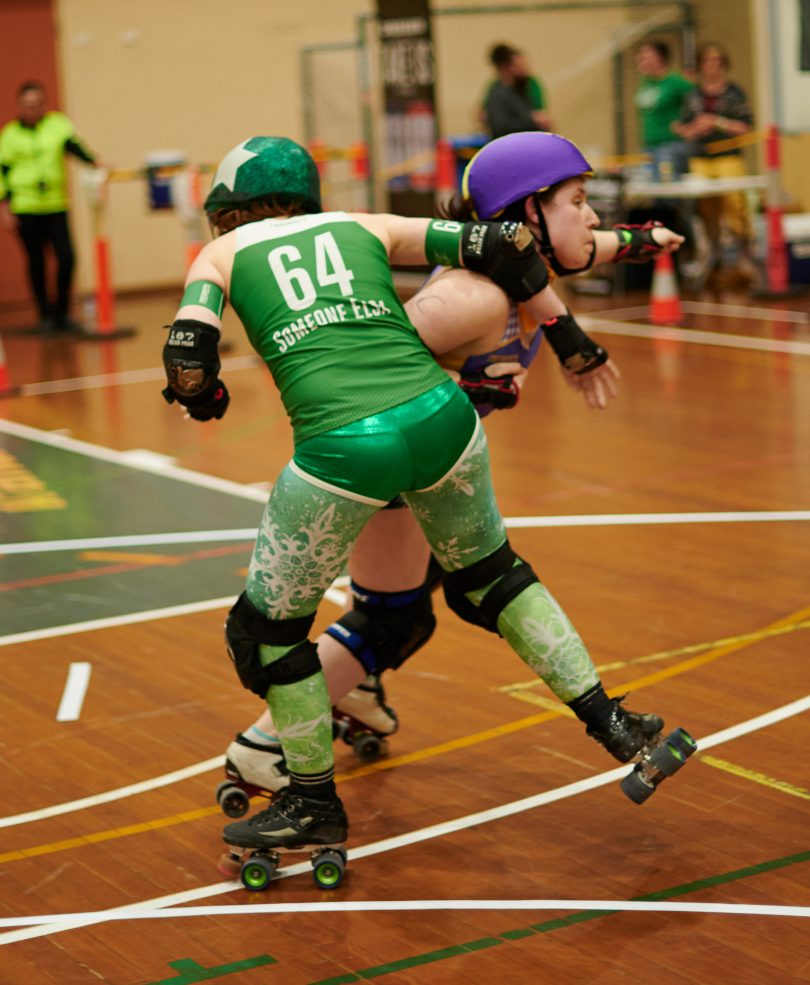 Across the whole game, the Brindabelters took lead jammer status only a few times more than the Surly Griffins. Strong blocking and jammers staying out of the bin were game-winners. Once the Belters had their blockers working well, the Griffins just weren’t able to overcome the points gap.

As always, the friendly atmosphere at the game was a winner with all ages. The next Canberra Roller Derby League home team game is the Grand Final on 30 November, with all four teams playing.