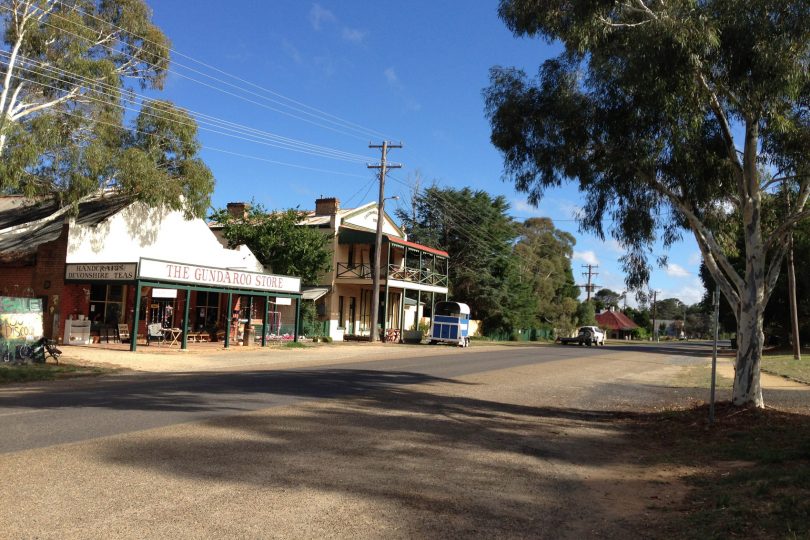 Residents of Gundaroo have expressed strong opposition to the installation of a sewerage plant in the village. Photo: ACT Government.

Despite overwhelming community opposition to the installation of a sewerage plant for Gundaroo, Yass Valley Council is still pushing ahead with plans.

The growing village, 40kms north of Canberra, has hitherto relied on on-site eco sewerage and septic systems, which are maintained by the owners. Residents also rely on tank and bore water only. The issue brings up questions as to the sustainability of development in the area with the Yass River already under considerable stress.

A study, undertaken by NSW Public Works Advisory, indicated that a sewerage system to cater for the village would cost approximately $8 million and could be provided to residents at the similar ongoing cost to those residents connected to the Murrumbateman and Yass sewerage systems.

With two development proposals on the horizon for the village of around 500, local residents have been fighting the plan for over twelve months. Many questions have been raised about the rationale for the costly implementation of sewerage.

At present, an interim plan for staged development along the central spine of the village is still on the table, but members of GASP (Gundaroo Against Sewerage Plant) say that none of it adds up.

“The only reason we can see for any plant is to support new developments by allowing them to obtain more blocks on their land”, said GASP chair Abram Hays.

Under planning provisions, blocks subdivided down to 2000sqm must be connected to a sewer.

The updated ‘spine’ option relies on bagging solids and transporting them to Yass for treatment. GASP believes this requirement and the cost of pumping water up the main line will be significant, and borne by all Yass ratepayers. These costs will only grow as more houses are connected to sewerage in the new subdivision.

Mr Hays says “since one developer has publicly stated he won’t be subdividing his land into smaller blocks which require sewerage, it seems that the Council’s proposal will best suit the other development”.

GASP members point out that Sutton developers must install private sewerage schemes if they want more blocks, despite almost identical conditions in the neighbouring village.

“None of Council’s reasons for sewerage stack up”, said Mr Hays.

“For example, they’ve said they need to stop multiple private schemes being installed but they’re happy for this to occur in Sutton. This leads us to ask why Council really wants sewerage in Gundaroo.”

Until recently, Bowning and Binalong, which already have a town water supply, were the priorities for sewerage. Councillors have stated Bowning residents want a sewerage scheme. By contrast, Gundaroo residents overwhelmingly voted no to sewerage, which they say is inoperable without sufficient water and costly for the whole Shire.

“We now have three engineers who have told us that it’s not good practice to provide sewerage without water. We asked Council to supply examples where this occurs, and they haven’t. That leaves us with the NSW Government’s Public Work Advisory which advises they can’t find any towns or villages which have one without the other”, Mr Hays said.

Claims that sewerage is necessary to support the village’s 4-5 small businesses have been countered by the fact that Gundaroo’s largest business, Grazing Restaurant and Function Centre, already has a sustainable on-site system, funded by the NSW Government. 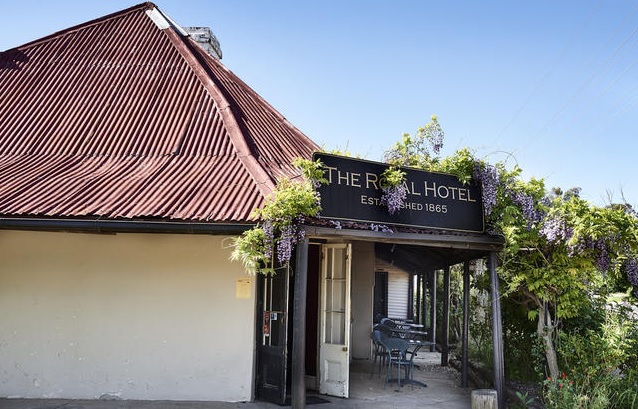 The Grazing Restaurant and Function Centre in Gundaroo already has a sustainable on-site sewerage system. Photo: Grazing at Gundaroo website.

An argument for the sewerage system has been put around potential contamination of the water table, yet bore tests have shown relatively low levels of E.coli. Council advised residents in their 2017 survey of residents on sewerage ‘that the contamination had not been linked to the on-site disposal of effluent, however this is one of the possible sources.’

“Council did not want to see a sewerage system, or potentially two systems, developed for the new developments only and not in Council’s control,” she said. “The aim of the survey undertaken of Gundaroo residents was to provide additional information so that democratically-elected officials were able to make decisions in the best interest of the entire community.”

This week, Cr Abbey said on radio that a decision would not be made until next year, and a proposal would be put together by the end of this year.

“At this stage, council is still exploring the options,” she said.

She added, “We have clearly said that developers have to pay their fees.”

While local councils usually charge a Levy for the provision of a sewer service past a property, Cr Abbey said: “we are not forcing people to join a sewerage system if they don’t wish to.”

Mr Hays said it was “sewerage by stealth.”

“The village doesn’t want a revised version of a sewerage treatment plant, it doesn’t want one at all” Mr Hays said.

The sewage is not for the current NIMBYS, its for the next generation of residents. It will be a lot more expensive to install after more people move there. What is it about Greenies living in their own poo?

Ann-Maree Jacobs - 19 minutes ago
Four tries every time The site is down ! View
Lisa Hogan - 9 hours ago
Agreed. The current scheme only benefits those with the disposable income to buy stuff. So another 'discount' for the rich. A... View
Motoring 26

Paul Leins - 42 minutes ago
AJ Jay some savage gravel drive ways out there View
AJ Jay - 1 hour ago
Paul Leins but but you may have to go over a gutter in the carpark...or park on a green verge...totes justified then.🤣 View
TimboinOz - 5 hours ago
A Forester is even better. More ground clearance makes it's reach / range into bushland a good bit better. And it's just as g... View
News 83

chewy14 - 2 hours ago
JWinston, Most people probably didn't respond because the "documentary" you reference was full of outdated, inaccurate inform... View
jwinston - 3 hours ago
Good luck with that. I recommended “Planet of the Humans” on a thread months ago and the silence has been deafening. I gu... View
Futureproof - 4 hours ago
There's no such thing as zero emissions. Every item you buy has had emissions to create it. The Chinese made windmills, the C... View
Opinion 37

‘The Springs’ at Gundaroo is rural, well-watered and ready for your vision

Family’s housing plan would double the size of Sutton

A unique investment opportunity of historic proportions in Gundaroo

@The_RiotACT @The_RiotACT
Opposition Leader Elizabeth Lee said she has received "a huge amount of interest" for her stealthing bill, which she says is a positive first step to raising awareness about "the existence of such a heinous practice" https://t.co/YQDtFOWLYU (33 minutes ago)