Half a million dollars if you crack the Grosvenor case 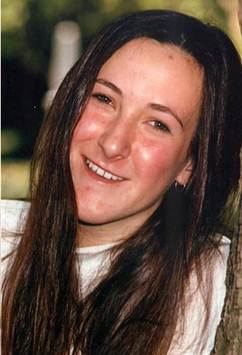 ACT Policing is again reaching out to the Canberra community for information regarding the murder of Kathryn Gorsvenor 11 years ago today.

“I would like to appeal to those two men or the people who know them, to seriously consider this reward and contact Crime Stoppers, this amount of money could be life changing.”

Kathryn Grosvenor was 23 years of age at the time of her murder in 2002; she was last seen at her Nicholls home on Sunday, March 3.

There were two unconfirmed sightings of Kathryn in the Gold Creek area the night she went missing, including a sighting at the George Harcourt Inn in Nicholls, where she was thought to have purchased cigarettes between 9.05pm and 9.15pm.

Around 9am on Saturday March 9, 2002 a canoeist found her body in Lake Burley Griffin. It had been weighed down by a concrete bollard in Yarralumla Bay, 200m east of Attunga Point.

The $500 000 reward is in place for information leading to the apprehension and subsequent conviction of the person or persons responsible for the murder of Kathryn Grosvenor and an appropriate indemnity from prosecution will be considered for any accomplice who first gives information.

For more information on Kathryn Grosvenor’s murder go to police.act.gov.au.

A year ago the ACT Police publicly stated they were also considering a serial killer: this will not go away with time if that is true.

It saddens me to think that we may never know who the killer(s) of Kathryn and others.What will it take for someone to come forward or will Kathryn end up like the Keren Rowland(1971) and Alan Redmond(1966) murders that most likely will never be solved.Would a multi million dollar reward for information leading to an arrest and conviction entice someone to come forward given that we appear to be no closer to solving these murders and giving the families some closure and justice.

Michelle Sheppard - 13 minutes ago
Write you a cheque Don Simpson😅 View
Julie Macklin - 28 minutes ago
Sometimes the owner's furniture and goods have been moved out and hired furniture, etc brought in, but don't know if this is... View
Robyne Mitchell - 2 hours ago
I prefer my place, as this one looks very boring really. No art or craft of any value anywhere. View
News 2

Rauny Worm - 2 hours ago
Tom Porter ..there is a youth specific faculty but only for emergency treatment not for therapy. There are still so many gaps... View
News 6

Jacqui Donegan - 3 hours ago
Cooleman Court could (again) be a wonderful local precinct ... but it’s a mess - no parking, scrappy streetscaping, and a s... View
Angela Davey - 6 hours ago
Why not open shops in Coombs. Wright Denman Prospect before building more car parks. View
News 9

Conrado Pengilley - 3 hours ago
And how big is your risk fund on your investment property? View
Ashley Latimer - 15 hours ago
Imagine investing in property and not having a risk fund set up lmao View
Community 1

Chris Kubank - 6 hours ago
Lauren Ogden well said View
Randy Goldberg - 13 hours ago
Domenic Fabbo three to six months or more. Basically, it'll be in place (if not stronger measures) until there is a working v... View
Lauren Ogden - 14 hours ago
It is a shame that these stories are provoking aggressive reactions when we could be working together as a community. "One st... View
News 18

Karen Feng - 18 hours ago
If the kid is 12 and below. you can entertain them (keep them out of trouble) with art, jewellery making, balloon arts, fort... View
News 25

Mark Valerius - 18 hours ago
Woden isn’t empty of APS. Plenty still work there. View
Craig Elliott - 19 hours ago
We can't afford this at this time....put it on ice. The Government has just spent how many millions which we don't have View
Jesse Mahoney - 20 hours ago
His solution doesn't sound better because he has no understanding of community planning. View
Opinion 20

Stephen Mee - 21 hours ago
Peter Norton reskill. Will not be enough jobs in that sector due to oversupply and no call. View
Business 1

Maria DeAngelis - 21 hours ago
Lisa Lamah, might be handy info to share with your barista downstairs? View
show more show less
*Results are based on activity within last 7 days

@The_RiotACT @The_RiotACT
Canberrans are finding new ways to commemorate Anzac Day this year, from a locally-produced podcast featuring Redgum’s classic I Was Only 19 to the #AnzacAtHome campaign https://t.co/cDx372L1xS (1 hour ago)

@The_RiotACT @The_RiotACT
Doing take-away? Your next meal comes with free parking as part of ACT Government moves to support businesses affected by the coronavirus pandemic restrictions. Check where the new 15-minute windows will be https://t.co/zLX3lNSXoy (3 hours ago)

@The_RiotACT @The_RiotACT
This private Bowral estate now for sale complete with lofty manor, park-like gardens & spectacular views offers the perfect opportunity to get away from it all https://t.co/iWo3ePeFC4 (6 hours ago)