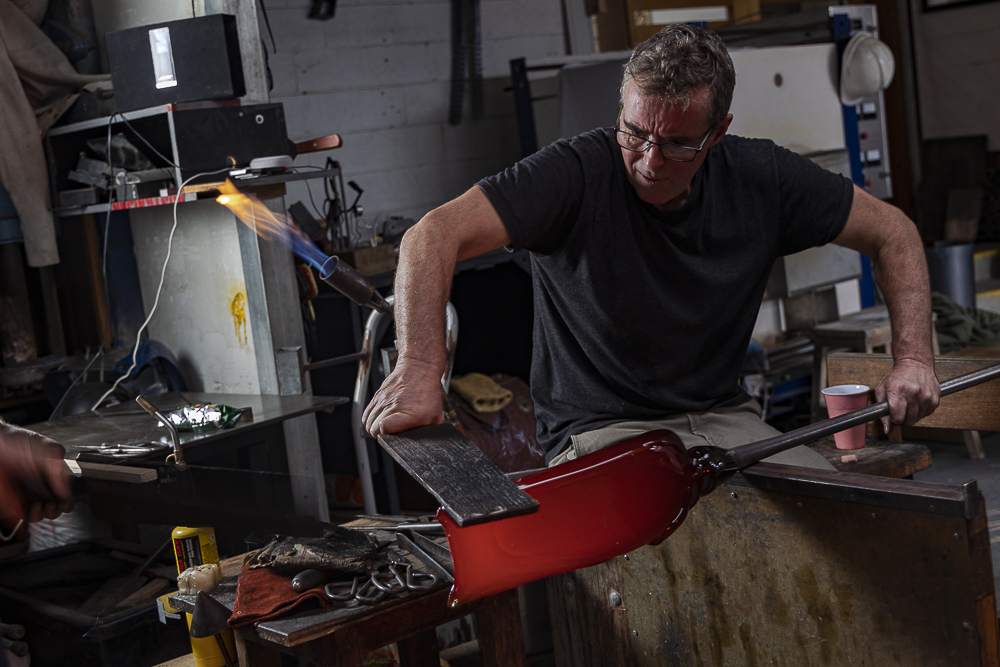 Matt was announced the winner of the non-acquisitive biennial FUSE Glass Prize for his piece Margin.

“It happened at really the most wonderful time,” he said.

“Like so many during the COVID period, the uncertainty was stressful and exhausting.

“[The panel] said they saw a richness and depth in my work, and I think that was just wonderful … that’s what stays with me, the words and feedback, it was really valuable and needed at the time.”

Matt and his partner, fellow glassmaker Harriet Schwarzrock, sculpt their fascinating creations in a studio located in Queanbeyan.

It took him the best part of two years and numerous lockdowns to create his prizewinning piece.

“Both my sons were living at home at the time … so they both helped me with making that very heavy piece, I really cherished the experience for working with my young men,” Matt said.

“Before this I had been making small component bits of glass, and I wanted to return back to a more traditional form of glassmaking with a contemporary take on it.” 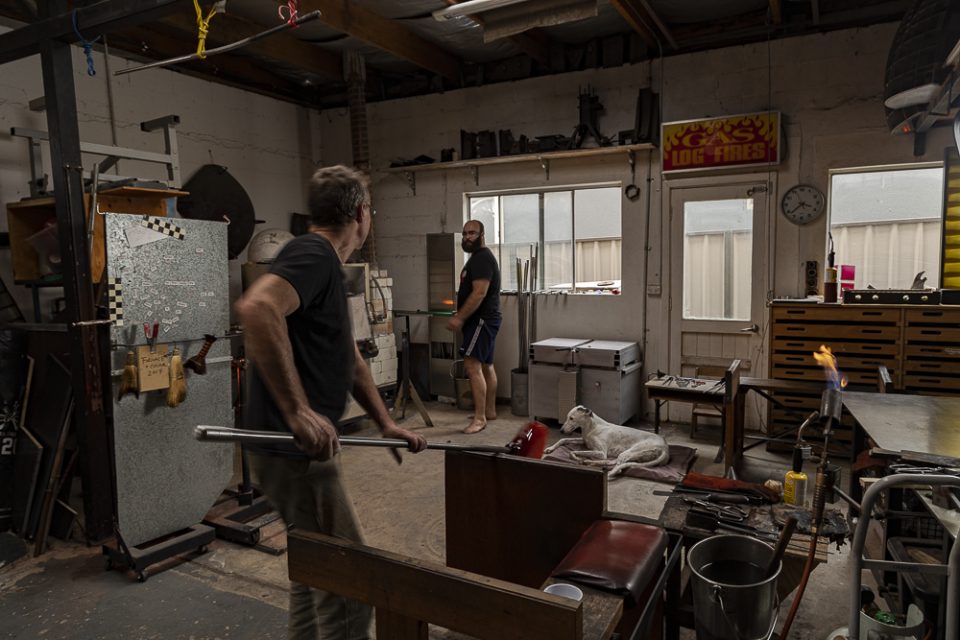 Matt and his son Oscar working together as Pearl watches on. Photo: Hilary Wardhaugh. 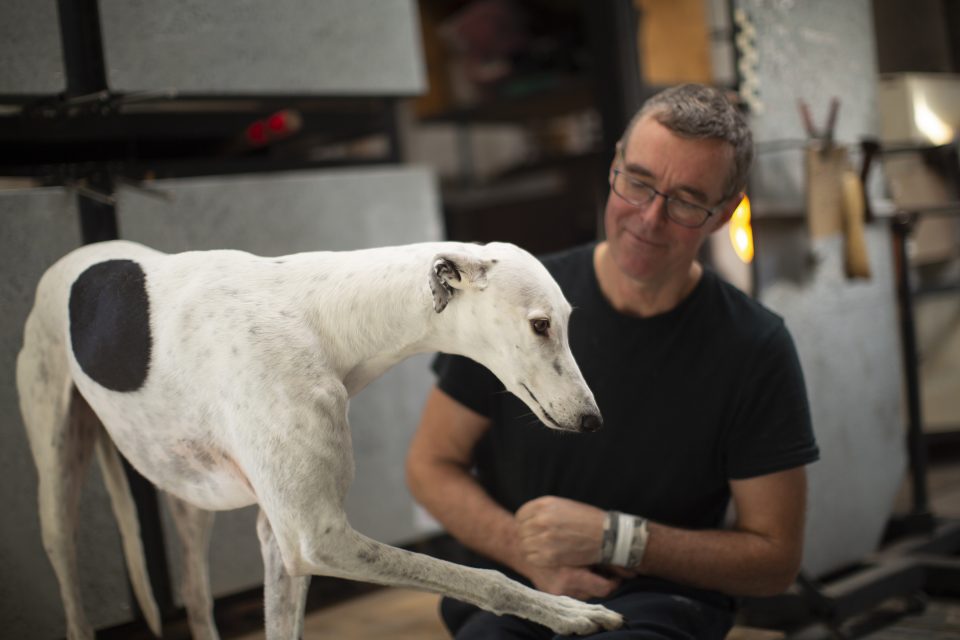 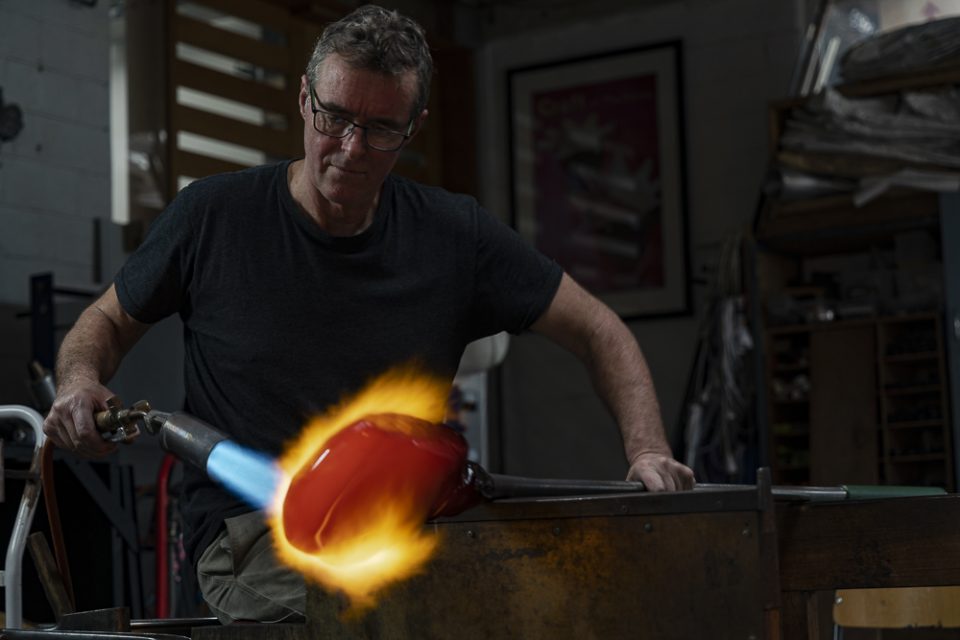 Matt began sketching and experimenting with a form of glassmaking called ‘sommerso’, which is where several layers of glass with different tints are contained in the one piece, giving the illusion of immersed colours that lay on top of each other without being mixed.

“I liked the idea of harmony coming together and not fighting for space, but making way for each other,” he said.

“It reflects my world views in a way, that people and ideas can be harmonious and settle into a beautiful rhythm.”

Traditionally when you make such pieces, you have darker tints of glass towards the middle.

But Matt decided to flip the method.

“I put the darker glass on the outside and clear glass inside,” Matt said.

“You’re experimenting with all these different things as you go.”

READ ALSO Design Canberra is back, celebrating transformation, connection and the joy of making

Matt’s experimentation and fascination with glass began more than three decades ago when a friend said he’d teach him how to blow glass in exchange for help to build his workshop.

“It’s a lovely material to work with because there are very few shortcuts, it takes time to develop that muscle memory and understanding of the way glass moves,” he said.

“It’s also quite scientific, you can’t just mix various types of glass together … you can stick different pieces together hot but when it cools down – unless you’ve engineered it right – it will break apart.

“It’s also easy to remelt glass, but very difficult to develop something that’s a worthwhile design.” 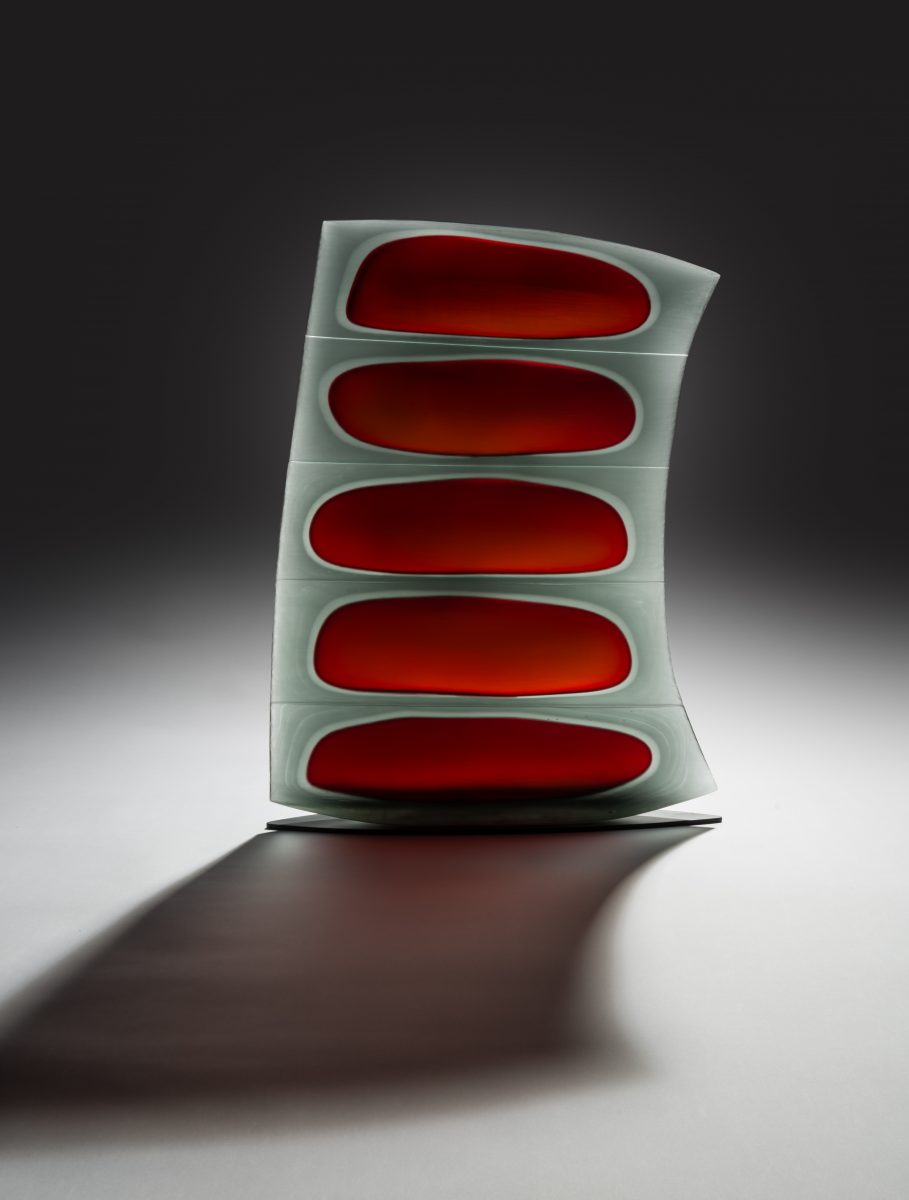 Matt’s now focused on a project he’s part of at the Canberra Glassworks, where they are experimenting with how to transform the glass from old televisions into a reusable material that’s easily accessible for artists, makers and designers.

“We want to streamline the process, understand the material and how it behaves so we can use it a lot more,” he said.

“In this arena of repurposing and recycling glass, we need all the brains and participation we can.”

Overall the collaboration is about supporting each other’s ideas, experiments and creating something that could be used by future generations.

“It’s humbling in a way, this huge challenge to make it something elegant and desirable,” Matt said.

“It’s hard work but who’s afraid of a bit of hard work?”

An exhibition featuring the FUSE Glass Prize finalist’s work will be at the Canberra Glassworks until 25 September.