Have you seen Patricia? FOUND 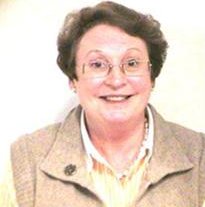 ACT Policing is seeking the public’s assistance in locating a 64-year-old Gordon woman who has been missing since yesterday (Monday, August 5).

Patricia was last seen about 8am yesterday morning in Gordon. She is described as Caucasian in appearance, approximately 170cm (5’7”) tall with brown hair and glasses.

Anyone who may have seen Patricia, her car or knows the whereabouts of Patricia is asked to contact Police Operations on 131-444

UPDATE: This just in:

Missing woman Patricia SADLO has been located safe and well.

One Response to Have you seen Patricia? FOUND
Filter
Showing only Website comments

Glad she was located and hope she’s okay. The Canberra Times stated she was elderly … at 64!! Geez. Nothing elderly about a 64 year old, and I’m a youngster at 50.

Lisa Bishop - 7 minutes ago
Oh dear. How easy is it to waste other people’s money. View
Charlie Karmenu Flask - 16 minutes ago
If it walks like a duck, quacks like a duck...it's a duck!!! View
David Jackson - 2 hours ago
This is what happens when the loonies are running the asylum! Seriously it’s a correctional centre or prison. What a waste... View
Lifestyle 39

Phạm Quới-Chi - 1 hour ago
We spotted not just one , but three black cockatoos in Isabella Plains 😍 View
David Ironside - 5 hours ago
Tracey Ironside yes there a few around Fadden recently View
Sandy Gibbs - 5 hours ago
Kathy Little Suzy Obsivac these are the ones we saw on our walk today. Timely article!... View
Property 40

Jp Romano - 3 hours ago
Margaret Welsh move somewhere backwards. Apartments are the future. View
Margaret Welsh - 5 hours ago
Yes, and I'm not a Liberal voter these days. I hate the number of apartments. When we downsize we'll be moving out of the ACT... View
watto23 - 8 hours ago
So why can't the liberals provide a solution to this problem. They are very good at pointing out everything Labor does wrong,... View
Opinion 1

facebook_user - 7 hours ago
Excellent article Hon Deepak-Raj Gupta. You are spot on regarding the Pandemic COVID19 and themself reliance required by Canb... View
Community 35

O L - 10 hours ago
Great, that means little to no federal funding coming our way View
Annie Mills - 11 hours ago
Ben Winkler I have a sneaking suspicion that people in the bushfire affected areas are so desperate for the help they have be... View
Craig Griffiths - 12 hours ago
I've become convinced over the years that tabloid media have a psychological code in the messages they put out during electio... View
show more show less
*Results are based on activity within last 7 days

@The_RiotACT @The_RiotACT
Claims of light rail contract mismanagement, disappointment for football fans & Soviet-style security cameras are just some of the featured stories in this week's RiotACT newsletter https://t.co/zoDivBOaVB (50 minutes ago)

@The_RiotACT @The_RiotACT
The ACT Government has just awarded a contract to local communications outfit Couch Creative to overhaul the branding of the ACT Corrections Service, which operates the Alexander Maconochie Centre (aka, the prison) https://t.co/iinXnzt2nN (4 hours ago)