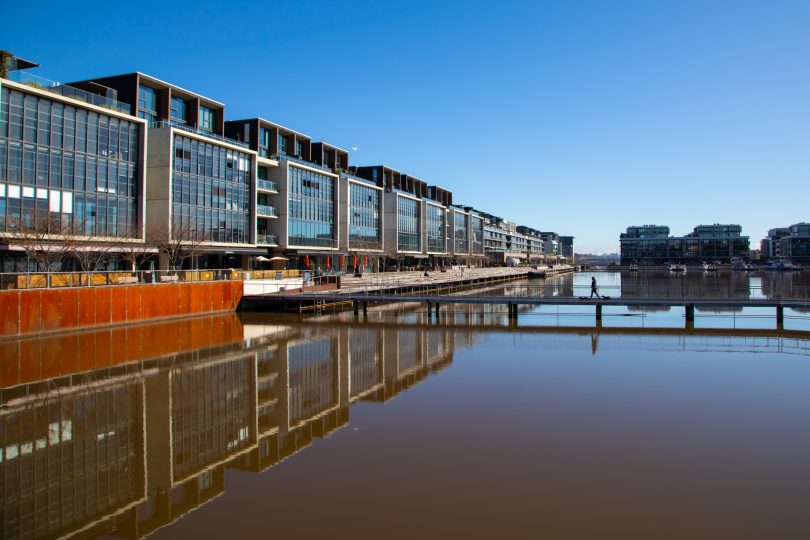 A man was stabbed during a fight that started on the Kingston Foreshore on 5 March. Photo: Michelle Kroll.

The 25-year-old accused of stabbing a man several times during a fight in Kingston will contest his attempted murder charge.

ACT Policing said an altercation occurred between several men near a licenced premises on the Kingston Foreshore and continued onto Eastlake Parade about 5:45 pm on Saturday (5 March). During the melee, a man was stabbed a number of times and later taken to hospital for treatment.

Hayden Ashley Ryan Todkill was arrested in NSW on Wednesday and extradited from Nowra to face the ACT Magistrates Court on Friday (11 March), where his lawyer Jacob Robertson of JDR Law did not apply for bail and said his client would plead not guilty to all charges.

Prosecutor Soraya Saikal-Skea said the brief of evidence was expected to be quite large, with many witnesses to the incident and lots of footage.

Special Magistrate Jane Campbell remanded Mr Todkill in custody for a pre-hearing mention in court on 6 May.

He has also pleaded not guilty to charges of attempted murder and intentionally inflicting grievous bodily harm.