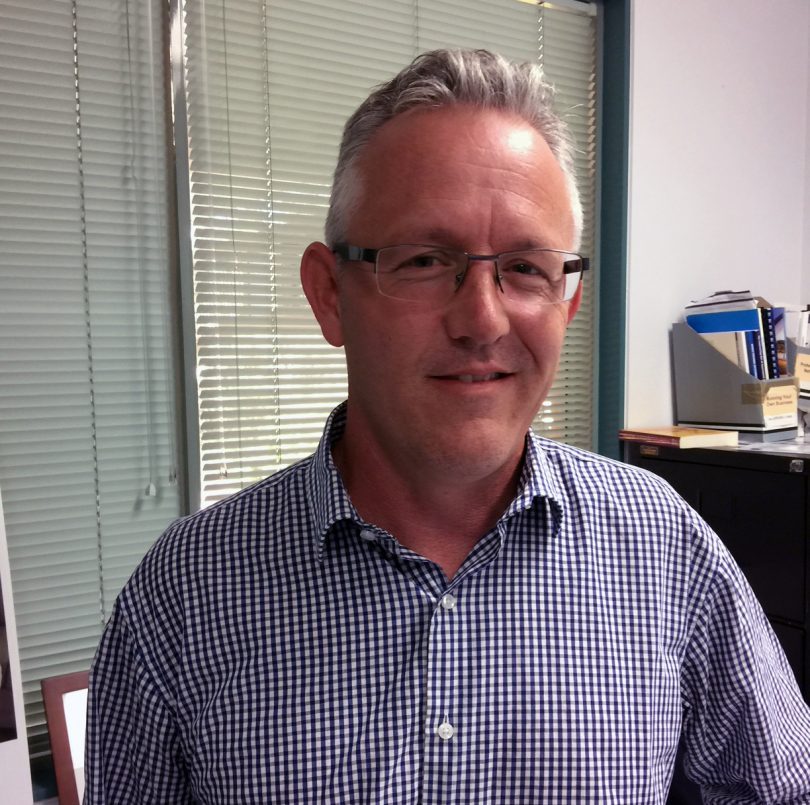 The ACT Director of Professionals Australia, David Smith, has been confirmed as the ACT’s new Labor Senator to replace Katy Gallagher, who was thrown out of the Senate by the High Court for being a British citizen at the time of the 2016 election.

At a hearing in Brisbane today, the High Court declared Senator-elect Smith, who was second on the Labor ticket in 2016, the winner of the special recount that was ordered.

The High Court found Ms Gallagher had not done enough to renounce her British citizenship in time, ruling that bureaucratic delays could not be used as an excuse.

The decision has sparked by-elections in four lower house seats held by Labor.

Senator-elect Smith has rejected any suggestions that he would be keeping the seat warm for Ms Gallagher, with an election able to be called after August and due by the middle of next year.

Given that we have always elected one Labor and one Liberal senator to fill the two posts, it’s unlikely that the voters will ever elect anyone but the number one candidate for the two big parties.

Smith now has a well-paid and work-free job for life. The only people he has to worry about are his Labor bosses.

The real story isn’t a party hack getting a cushy job. The story is that both parties routinely break laws they don’t care for, and then lie about it to the voters.

Katy Gallagher was appointed to the Senate in 2015, when there is now no dispute that she was a British citizen. s44 states that such a person “shall be incapable of being chosen or of sitting as a senator”.

Gallagher was in breach of the Constitution a year before the 2016 election. So were several other MPs.

We may be charitable and say that minor parties and independents don’t have much of a clue, but Labor and Liberal take turns in government, and they both repeatedly declared that their processes were ironclad.

As we now know, this was rubbish. Scores of MPs holding birth or residual British citizenship were in parliament illegally, ever since the High Court found the UK to be a foreign power in 1999.

As we see, there is no penalty other than being removed from their position. They are not charged with a crime, they are not imprisoned, they are not even required to pay back the salaries and allowances they improperly received.

If our lawmakers do not respect the fundamental law of the nation, then we are in a sad position.

Scathing reviews for David by the Sydney shock jocks today. Alan Jones, Ray Hadley and Chris Smith all called him a union hack.

Dean Okeeffe - 4 minutes ago
i was talking about the companies that use them read before trolling me read the context View
Ashley Hillstead - 46 minutes ago
That being said it looks like losing a prop won’t take their drones out so I guess they just hack it and repair any damage View
Ashley Hillstead - 48 minutes ago
Dean Okeeffe anyone who’s ever used drones even recreationally knows birds go for them too, there are hundreds of videos on... View
Opinion 49

Craig Sutton - 26 minutes ago
Kathie Nash Yeah thanks scoop 🙄 I was referring to the entire northern part of Australia. Cairns, Townsville, Darwin etc... View
Sharon Cabban - 37 minutes ago
Lani Metcalfe future for Jack View
Kathie Nash - 1 hour ago
Canberra will never get its own AFL team while we only have a 'stadium' that holds 13,000 at maximum. Need a bigger stadium t... View
Food & Wine 15

Julie Macklin - 49 minutes ago
Peter Hatfield Not faster if the bus gets stuck in peak hour traffic in Sydney, as has happened to me. I used to catch the bu... View
Peter Hatfield - 1 hour ago
Or just go to the Jollimont and catch a comfortable coach and be in Sydney an hour faster, and at a fraction of the real cost... View
Greg Myat - 4 hours ago
Ross McConchie I agree with you entirely about using rail more to get trucks off our main routes. But trains are the most eff... View
Property 13

Kacey Butterworth - 51 minutes ago
Tim, let’s move. View
Jodie Kerec - 2 hours ago
Lisa Van Schieveen we could live here together. View
Gabrielle Driver - 3 hours ago
Lauren Edney look how nice it is. I'd have the cottage View
Sport 7