High on the hill in Jerrabomberra, stunning views and an entertainer’s dream 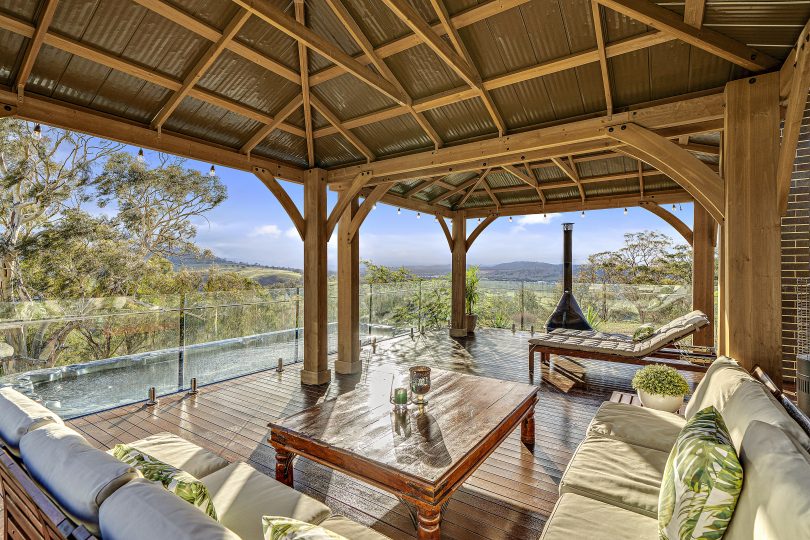 On the highest part of the hill in Jerrabomberra, where the suburb meets the bushland reserve, there’s a five-bedroom home with a vast panoramic view across the valley.

A family mob of ten kangaroos visit every morning for a snack from the vendor’s mum, who can’t resist feeding the animals during the drought. King parrots and rosellas squabble over the fruit on the nectarine tree, which produces more than enough for both the homeowners and the birds.

Despite being so close to the bush and the wildlife that goes with it, it’s only a 15-minute walk to the nearest café for coffee in the morning or brunch. 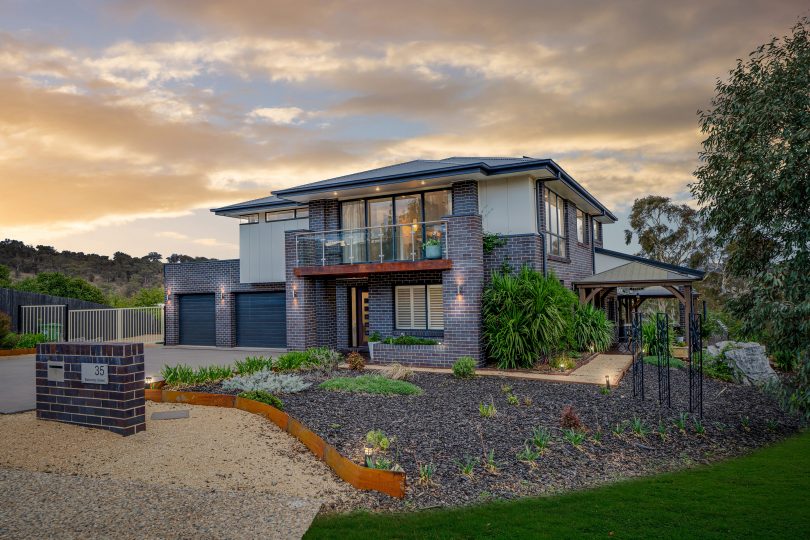 An easy-care garden surrounds the home.

None of those things, though, are the main drawcard here. The home itself has been extended to provide indoor-outdoor living, with the outdoor glass balustrades ensuring unobstructed views of the valley and the Brindabellas from both inside and outside the house.

“It’s been such a great place to bring up our boys,” says vendor Zoe, “but our needs are changing so we have to find another place. It’s going to be hard to leave, we’ve named all the kangaroos that visit every day!”

Zoe and her family moved to Australia from New Zealand, and became Australian citizens last year. Sunday brunch on the deck has become a family tradition, and entertaining is easy, she says.

“We do a lot of entertaining,” she says, “and the layout and space, and the option of indoor and outdoor dining make it so easy.” 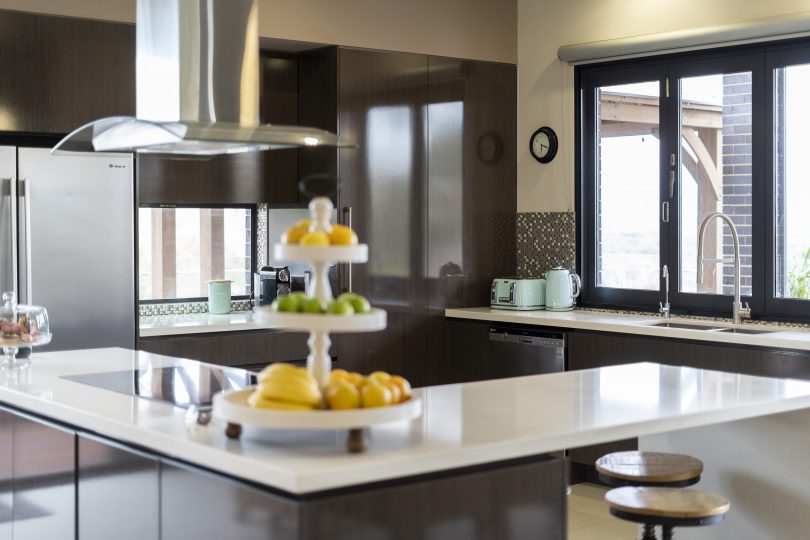 An entertainer’s kitchen with bi-fold windows onto the deck.

“We have a flying fox, the trampoline is out the back and there’s so much room for our boys to play cricket,” says Zoe.

“We even have a wombat nearby, and the backyard is fully fenced so the dogs are contained, and the boys can always jump in the swim spa, which is heated to 38 degrees, so even in the winter we can have pool parties for their birthdays.”

Built in 2013, the home is open plan, has a grand entrance accentuated with a modern chandelier light fixture, five bedrooms, and two bathrooms and a three-car garage. The deck, which surrounds the house, can be accessed through bi-fold doors that have retractable flyscreens. 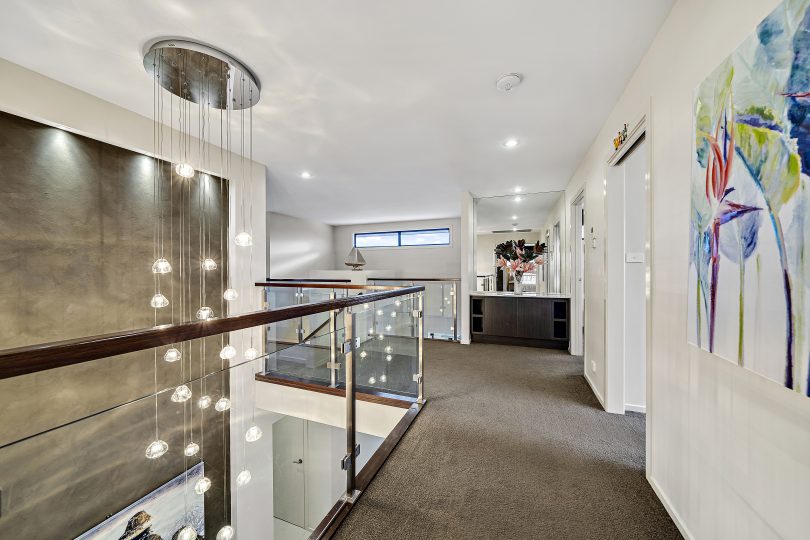 A modern chandelier graces the entrance.

The home has high spec finishes everywhere you look, from the Caesar stone benchtops in the kitchen to the on-trend paint, flooring and tiling. Category five Ethernet cabling runs to all the bedrooms, including bedroom five which is set up as a home-theatre, and the lounge, kitchen and family room.

Environmentally, the home has 5.2kW solar panels with a German SMA inverter and LG panels, and a 4,000-litre water tank to store greywater for use in the toilets and the outside taps. The windows are dressed with block out curtains, roman blinds and plantation shutters, and the home has reverse cycle Daikin air conditioning and heating.

The master suite includes a walk-in robe, twin showers in the ensuite with dual vanity sinks, and a separate toilet. Bedroom three also has a walk-in robe, and the fifth bedroom features built-in surround sound speakers and integrated wiring for a subwoofer, just in case you’d like a home theatre. 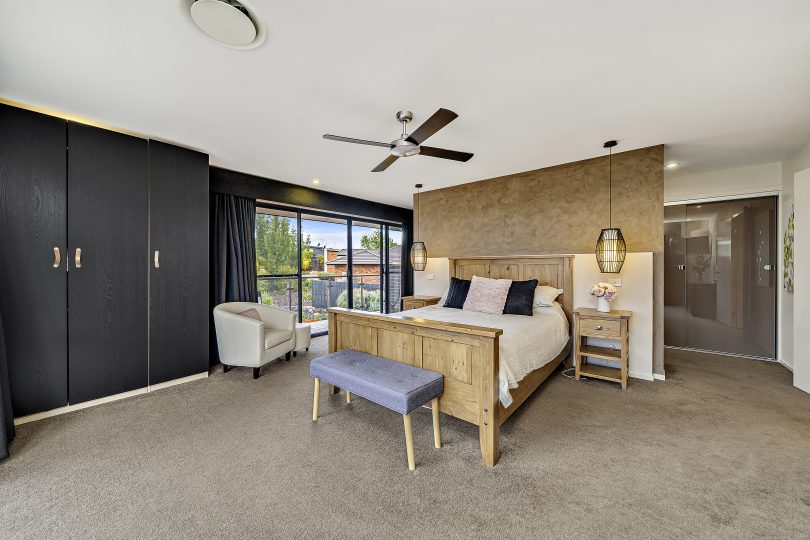 The master suite with ensuite.

The gardens are low maintenance, and the three-car garage has an internal access door and a remote double panel lift door. Sitting on a 1200 m2 block, the floor plan is 495 m2 with 132 m2 of decking surrounding the house.

Ray White Agent Brad O’Mara says the property is an amazing home, much improved by the addition of the decking.

“When it was built it didn’t have the decking outside the house, providing that indoor-outdoor style of living,” he says.

“It’s added a huge additional outdoor living area, which makes the best of the view of the Brindabella Mountains. Really, it’s an entertainer’s dream.”

This magnificent home at 35 Balcombe Street, Jerrabomberra is open for inspection on Wednesday, 4 March from 5:30 pm to 6:15 pm. 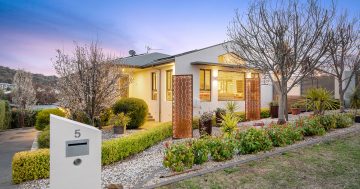 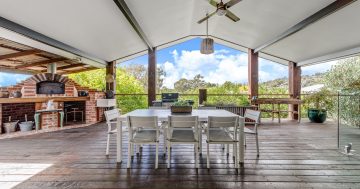 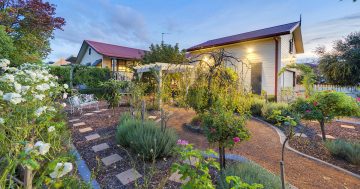 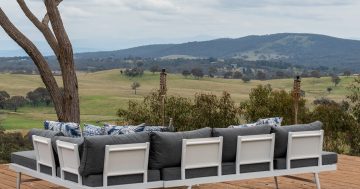 Mountain views and beautiful design only 20 minutes from Canberra 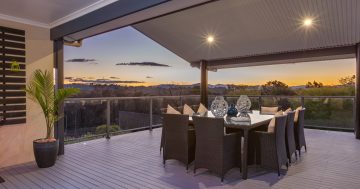 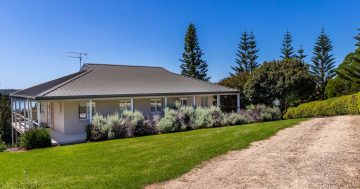 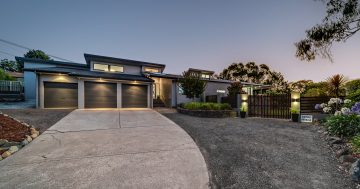 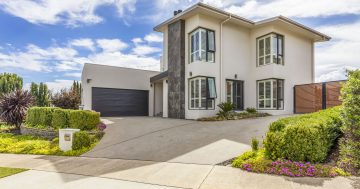 The ultimate in family entertaining in Crace 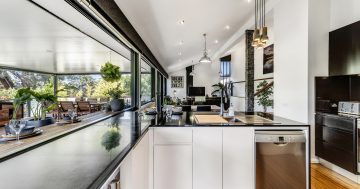