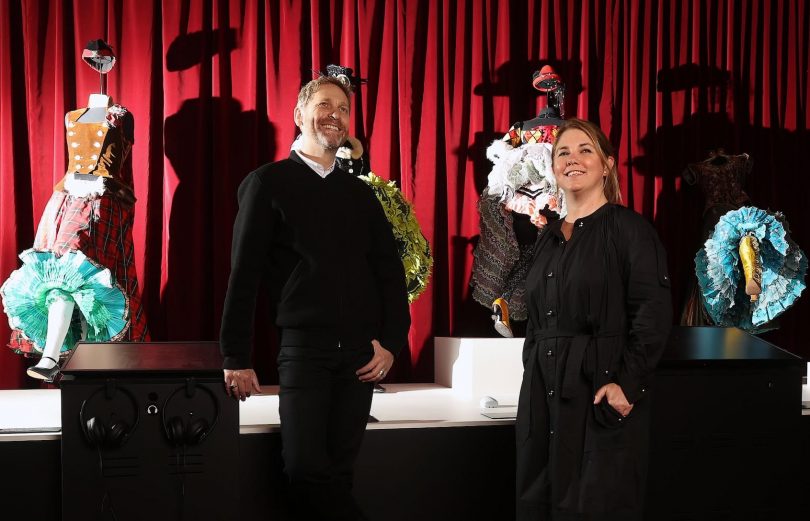 A new exhibition at the National Film and Sound Archive may ease fears that Hollywood’s embrace is suffocating the Australian film industry.

Australians in Hollywood charts the local film industry’s sometimes fraught relationship with the US dream factory from the 1970s to the present day, and the result shows that the story has been more nuanced and interactive than the negative narrative of cultural domination.

NFSA CEO Patrick McIntyre says the relationship has become a fluid one in which Australians, including Indigenous artists, have made their mark in Hollywood, a highly skilled workforce has evolved and the big studios have been drawn here.

“I think what’s happened interestingly over the years is it’s gone from a situation where Australians to make it big have had to relocate to LA,” Mr McIntyre said.

“There are now people who run their whole careers from Australia because we’ve now got the depth of talent here, not only acting in the creative arts, but also post-production and production facilities.

“So to a great extent Hollywood has come here and so that that is reflected in things like cinematographers shooting major Hollywood releases or Nicole Kidman bringing her whole crew to NSW to shoot during COVID, but it also means that people will kind of come and go more, there isn’t that sense of if you’re not there on the ground you’ll lose visibility.” 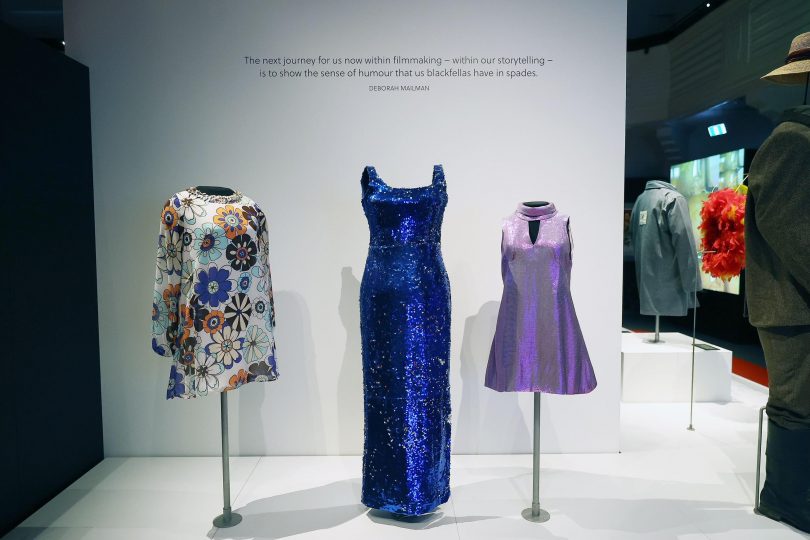 Costumes from The Sapphires, the hit film about the Indigenous singing group that toured Vietnam in the 1960s.

He believes there’s much more opportunity these days for Australian artists to work domestically and contribute to major international works.

The pandemic has only enhanced Australia’s filmmaking reputation, being able to continue work while Hollywood was shut down and pulling productions and stars here, as well as bringing many Australians home to work on local projects.

“I think it has been one of those decentring experiences that’s actually made people go, ‘Oh, you know what, I actually can live here’ [and have a career].

“The explosion of the use of Zoom and remote teleconferencing means that you really don’t have to get on a plane. I think that’s a lesson that we will hold on to as we get back to kind of normality,” Mr McIntyre said.

The exhibition itself is a mix of audiovisual and physical items from the NFSA’s collection, including rare behind-the-scenes footage and iconic on-screen moments, as well as never-before-displayed costumes, memorabilia and props.

“The show is an amazing kind of jewellery box of things,” Mr McIntyre said.

“There’s a lot of moving image, much of it never seen before. There are hilarious outtakes of all the baddies from Mad Max having a milkshake between shoots, and there’s an incredible scene of them choreographing the Can-Can scene from Moulin Rouge!

“It really is an extraordinarily detailed and fascinating look at Australian cinematic achievement.”

A digital layer also provides an interactive experience for visitors as they journey through the exhibition. People can discover and collect GIFs on their smartphones, gathering bonus exhibition content to take home and explore. 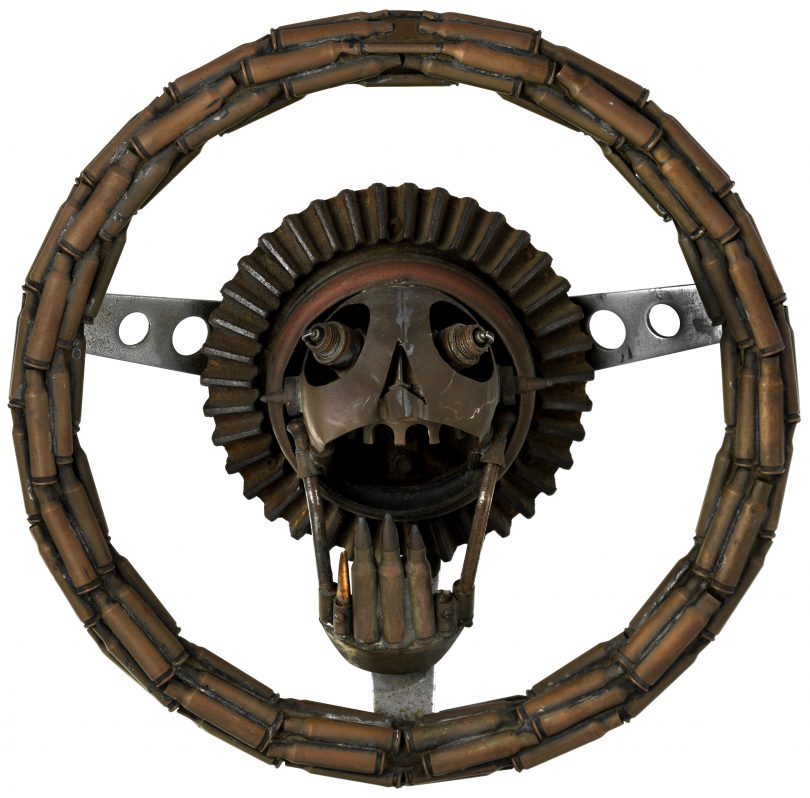 Curator Tara Marynowsky says the exhibition reveals are iconic and pivotal moments in Australian cinematic history that people will see for the first time.

“We really lift off from the Australian new wave of the 1970s and the old school location era and bring you up to date to today’s amazing offerings from our First Nations directors,” she said.

The focus on First Nations artists includes a commissioned video essay on filmmaker Warwick Thornton, produced by Garuwa Creative, and the work of Rachel Perkins.

Mr McIntyre says many Aboriginal and Torres Strait Islander filmmakers have enjoyed huge international audiences, and there are a lot of stories that need to be told and made in Australia.

“One of the great things about the explosion of talent and achievement by our First Nations filmmakers is these stories are now getting seen more around the globe, which is just great for a deeper understanding of Australian culture.”

Accompanying the exhibition is a suite of screenings, public programs and educational workshops, including the screening of all four Max Max films on the opening weekend.

Australians & Hollywood: a tale of craft, talent, and ambition runs from 21 January to 17 July. Open daily 10 am to 4 pm. Tickets can be booked on the NFSA website.

Louise Anne something for you to do? 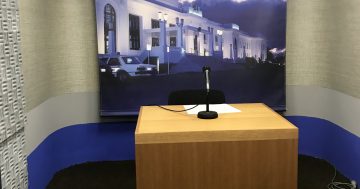