How light rail helps case for child care in Mitchell 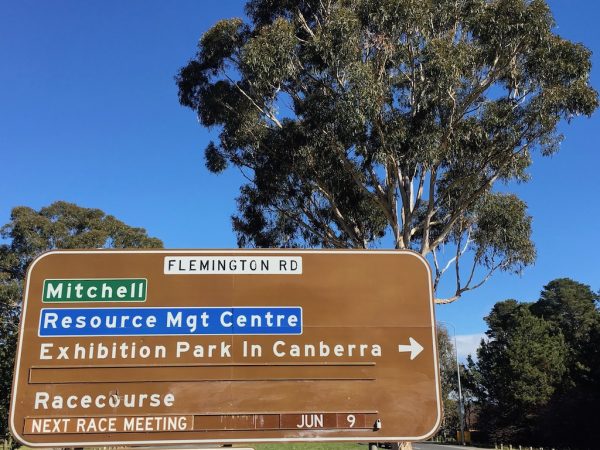 The advent of light rail has helped sway a tribunal to overturn ACT Government planners objection to a proposed child care centre at Mitchell.

ACT Planning and Land Authority, the Environmental Protection Authority and a health expert thought Mitchell, a suburb of noisy trucks, bulk garden supplies and a toxic chemical fire in 2011 was no place for child care.

But the ACT’s planning laws have specific provision for child care use in an industrial zone. This, and demand for child care in Mitchell, Franklin and Harrison, and evidence from a demographic researcher, acoustic, air quality and town planning consultants swayed the ACT Civil and Administrative Tribunal in property developer Harry Konstantinou’s favour.

The developer’s family company had previously sought a bulky goods tenant for the site on the corner of Darling and Heffernan Streets, without success. Aware of demand for child care, they sought to vary the lease to allow child care, only to have ACTPLA reject their application.

Business Geographics managing director Phil Henry said Mitchell did not have a child care centre. The business demographics specialist said light rail’s arrival in the general area would increase residential and employment growth there. Mr Henry looked at the catchment areas of Harrison and Franklin and found only three long day care centres.

ACPLA also relied on evidence from Environmental Risk Sciences director Dr Jackie Wright who said a child care centre could ‘sterilise’ the area, i.e., jeopardise the use of surrounding land for industrial purposes.

The Environment Protection Authority was of a similar view. The EPA also cited a report that found the site unfit for child care.

Ms Johnson recounted a serious chemical fire in Mitchell in 2011, which if repeated would cause evacuation of a child care centre. But the tribunal said random events like fire, shootings and major traffic accidents happened in Canberra but were not sufficiently significant to rule out a child care centre.

ACT planning guidelines suggest child care locations with access for dropping off and retrieving children, and being on major work routes or easy vehicle access near major work places.

The tribunal concluded child care was in demand, not only from persons working within the suburb, but also from nearby residential areas. The advent of light rail would accelerate that need.

Caption: The light rail route from Gungahlin to the city has helped a developer win support for a proposed child care centre in Mitchell. Photo: John Thistleton.

Ironic that light rail has been used to solve this issue in Mitchell, where (absurdly) there will be no light rail station.

@The_RiotACT @The_RiotACT
A leading Canberra employment lawyer says the government has demonstrated a failure to grasp the origin of the current workplace scandals and the urgent need to shift Australia’s sexual harassment laws onto a preventative, rather than reactive, footing https://t.co/VFDWiyZ3p6 (13 minutes ago)