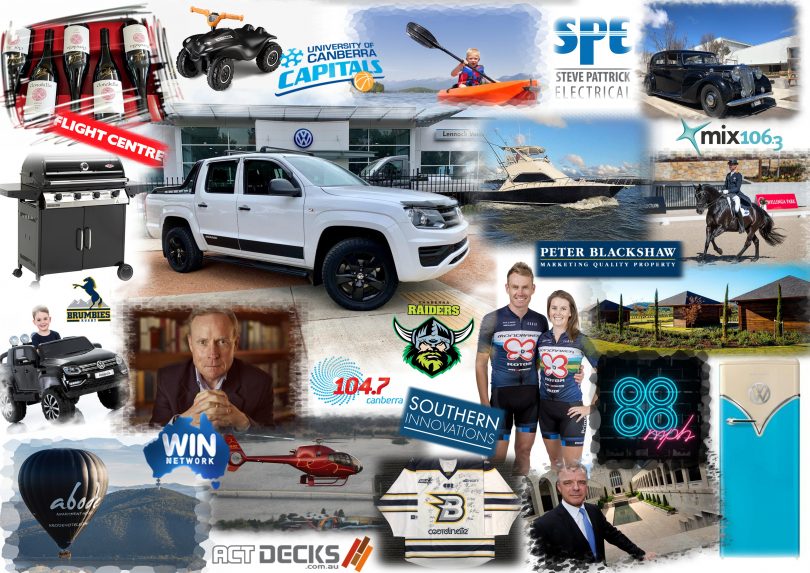 Over 100 items are up for auction on ALLBIDS, generously donated by local individuals and businesses to support Menslink.

On Friday 29 March, business leaders, influencers, media and avid supporters will come together at Hotel Realm to support the Menslink Big Night Out.

Now in its third year, the annual event has become a crucial part of Menslink’s fundraising calendar, with monies raised going directly to support the important work Menslink do.

According to Menslink CEO, Martin Fisk, the Big Night Out, fortunately (and unfortunately for those who missed out!) sold out weeks ago. However, the Canberra public can still show their support in a big way by bidding on auction items that have been generously donated by businesses and individuals in the community.

“This is our third big night out and it’s set to be our biggest night out yet!” says Martin. “We want it to be an event where people can contribute to a great cause, and have truckloads of fun as well.

“As in previous years, it’s an 80s theme with the main entertainment a special surprise. This year though, we can guarantee that everyone will receive royal treatment! Most importantly, every $1,200 we raise helps another young man and his family get through tough times.”

Martin says that the people and organisations that have donated to the event this year have been incredibly generous, and the team at Menslink are hoping the public will rally to help them raise as much money as possible.

“It’s just incredible what is on offer this year. Lennock Volkswagen have once again donated a $50,000 Amarok ute. Former Australian of the Year David Morrison is offering a keynote speech and RiotACT editor Genevieve Jacobs has kindly offered her services as an emcee for the right bidder.

“Mario Sanfrancesco at Peter Blackshaw Manuka has also provided an amazing item for the live auction on the night – a complete house sale package including all marketing, photography, videography, advertising through Allhomes, inspection reports, conveyancing (donated by Bradley Allen Love Lawyers), and even the auction itself.”

Other auction items include (there are over 100, so this is a small sample):

Everything will be auctioned off on ALLBIDS for two weeks before the Big Night Out. For items that are part of the live auction on the night, the highest bidder on ALLBIDS will be allowed to bid over the phone against event attendees. 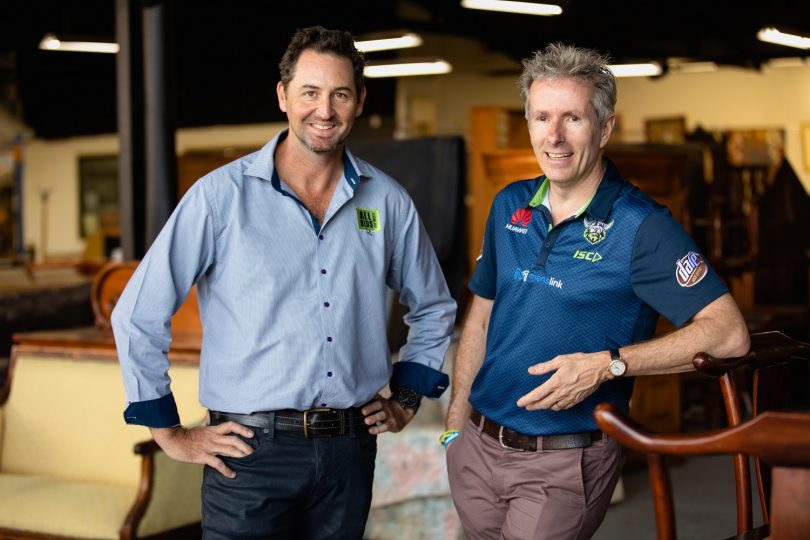 Rob Evans (left), CEO of ALLBIDS, with Martin Fisk (right), CEO of Menslink, at the ALLBIDS showroom in Fyshwick.

Rob Evans, CEO of ALLBIDS, says “ALLBIDS are very proud to once again partner with Menslink. Each year we make a big effort to ensure the fundraising goes really well at the Big Night Out, because we can see that the funding goes directly to helping young men and families in our community.

“It’s fantastic that so many current and past Raiders players have also gotten involved in a big way. ALLIDS has been sponsoring the Raiders since 2002, and the team have always shown their support for local causes as important as Menslink.

“We encourage all Canberrans to bid with their hearts and make this event truly spectacular.”

Golnar Nekoee, Director at Bradley Allen Love Lawyers and a board member for Menslink, adds that they are delighted to see this year’s event sold out.

“Bradley Allen Love Lawyers supports Menslink because we believe the wider community benefits from the counselling, mentoring and guidance Menslink provide to adolescent and young men. The impact can be felt by every person these boys come into contact with throughout their life as they become partners, husbands, fathers, colleagues and above all, positive members of the local community.”

Neale Guthrie, Chairman of Canberra Community Bank Group, adds that Menslink continues to prove itself as an essential part of the Canberra community, which is why they are proud to continue their support each year.

“If you look at Menslink’s annual report numbers, every dollar they raise is reaching more young men every year through expanding programs and targeting new age groups. I look forward to seeing the results of the ALLBIDS auction and hope it tops off what is always a very fun night.”

To show your support for Menslink, view and bid on the Menslink auction items on ALLBIDS.

For more information about the work Menslink do, please visit Menslink.

Looks as though the gender gap applies to levels of fundraising ! This dwarfs any fundraising for women’s causes.

JC - 7 hours ago
Problem with the medical world is balance or probabilities doesn’t cut it. How many times do you read of people who have be... View
JC - 7 hours ago
The only problem with your theory and quoting the average age of deaths, is those deaths have happened in an environment of r... View
phydeaux - 10 hours ago
While reading here, I noticed that among the usual weird facebook views there was a journal reference, so I looked it up. Dea... View
News 39