How to commemorate Remembrance Day in Canberra 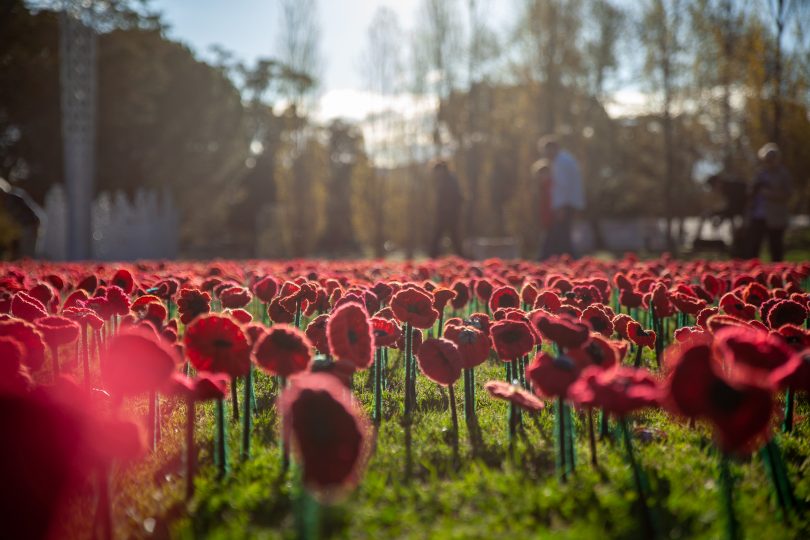 One hundred years ago on 11 November 1918, the Western Front fell silent as guns were laid down and an Armistice was signed, bringing four bloody years of brutal conflict to an end.

More than 330,000 Australians served overseas, and more than 60,000 of them died on foreign shores during the first World War.

Each year on 11 November, Australians observe one minute’s silence at 11 am, in memory of those who died or suffered in all wars and armed conflicts. Here is how to commemorate the centenary of the Armistice that ended World War I at the Australian War Memorial on Remembrance Day.

A display of 62,000 handcrafted, red poppies on the Memorial’s grounds mark the centrepiece of this year’s commemorations, symbolically representing Australian lives lost in the first World War. Each poppy has been created by a volunteer as part of the 5,000 poppies project and represents an Australian life lost in the war.

Visitors can walk around the Sculpture Garden on the Memorial’s western grounds to view this spectacular and moving display. Complementing the handcrafted poppies display is a moving musical program assembled by Memorial artist in residence Chris Latham. 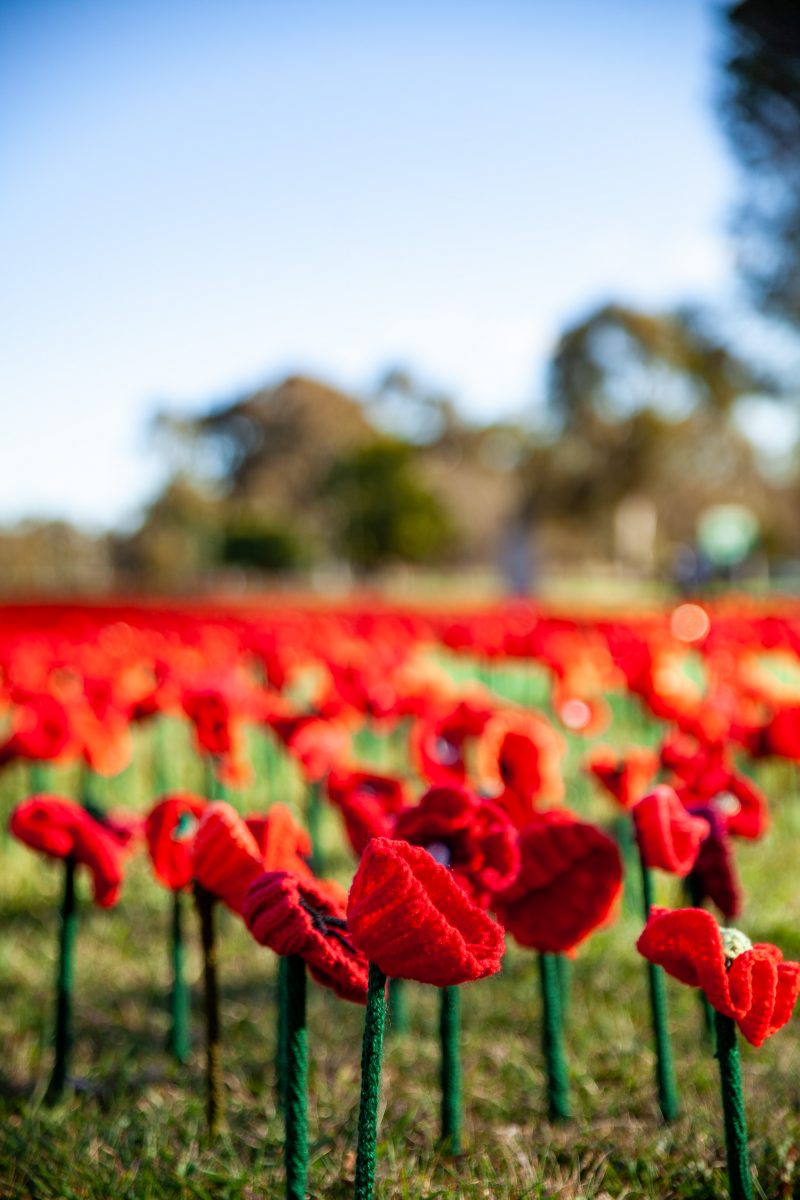 Each poppy has been created by a volunteer as part of the 5,000 poppies project and represents an Australian life lost in the war.

The Australian War Memorial will also host the nation’s key commemoration, which includes a formal wreath laying and will be attended by many high-level dignitaries, diplomats, school students, as well as thousands of members of the general public. Australia’s Federation Guard and the Royal Military College Band will be on parade along with a special commemorative address.

Tickets for the National Ceremony are now booked out but the public is welcome to bring their own chair or rug to view the proceedings from outside of the ticketed seating areas or via one of the large screens located in the Memorial grounds.

The Last Post Ceremony begins with the Australian national anthem followed by the piper’s lament. Visitors are invited to lay wreaths and floral tributes beside the Pool of Reflection. An individual’s story is told, and the Ode is recited by Australian Defence Force personnel. The ceremony ends with the sounding of the Last Post.

For more information, head to the Australian War Memorial website.

Mechanism Of Action - 36 minutes ago
Nugget Harris as they should be View
Silentforce - 10 hours ago
Another solution would be to enforce pedestrian laws (if any in the ACT). Working in Civic, each day I witness jay-walking, c... View
Tāmati Kentwell - 10 hours ago
Hugh Gregory most income based schemes like this take into account number of dependents View
Community 43

chewy14 - 9 hours ago
I actually think the death "calculus" is pretty clear that restrictions will win out every time. But that doesn't reflect the... View
phydeaux - 11 hours ago
After looking into it further it appears that Brosseau's main contribution is to add the time element, as seen in her table,... View
kenbehrens - 12 hours ago
You are pretty quick to devalue human life. I guess if your mother, father, brother, sister or child was amongst that sacrifi... View
Opinion 50