Experts in buying, selling & renting
Your property, your future
20 October 2021 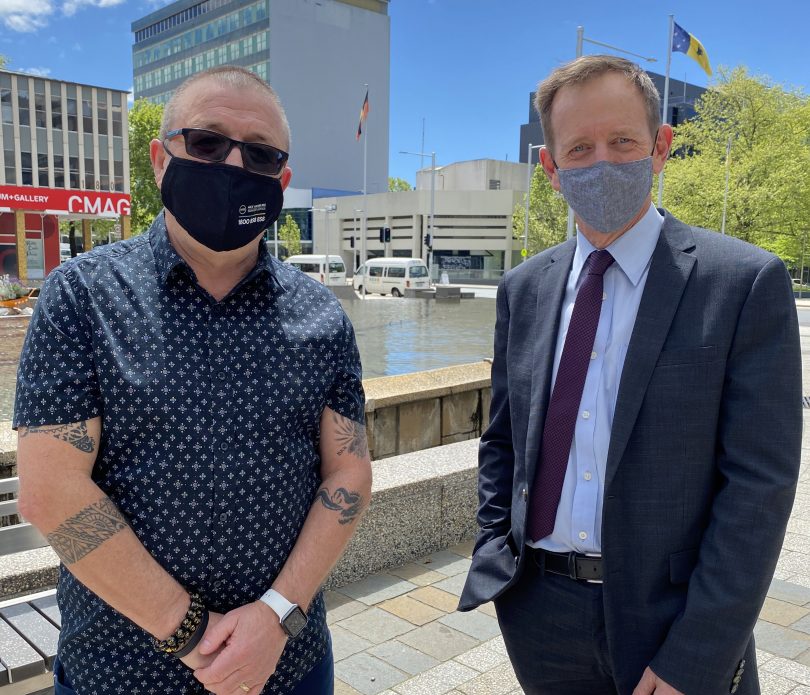 Markus Fischer’s story isn’t the typical one of gambling harm.

That’s because Markus wasn’t losing large sums of money. In fact, it was quite the opposite.

Now he’s passionate about sharing his story with people to show them what gambling harm looks like.

To coincide with Gambling Harm Awareness Week, running until 24 October, Markus is sharing his story to start a conversation in the community.

Although he may have been winning big early on, what seemed like easy money at the time eventually sucked him into a downward spiral that led to 35 years of gambling addiction.

“One of the first questions I usually get asked is about how much money I lost or won,” says Markus. “But gambling harm is about more than losing money.”

For Markus, and for many others, what starts off as fun ends up being something that affects all aspects of a person’s life, including their relationships and mental health.

“Obviously I didn’t start off gambling $5000 at a time,” he says. “When I was young I was just having fun with my mates down at the pub.

“We’d go on a trip to the coast to play sport and then go to the pub afterwards and put bets on the pokie machines.”

“I was chasing my losses when I lost and began to spend more money than I could afford,” he says.

Markus openly says gambling cost him his family, friends and self-esteem. However, at the time he didn’t notice his losses, saying instead that the addiction was like darkness.

“I felt shame, guilt and remorse, and I just didn’t want to talk to people I knew,” he says. “And there weren’t the non-judgemental services available that there are now.”

Markus encourages people to reach out if they think they may have a gambling problem.

READ ALSO Pokie reform a step closer in the ACT

While pubs and clubs were shut during the COVID-19 lockdown, there was a rise in the number of people signing up for online betting and gambling platforms across Australia.

Work has been underway in the ACT for a number of years to put gambling harm minimisation strategies in place, such as reducing the number of pokies in Canberra pubs and clubs.

ACT Greens MLA Shane Rattenbury encouraged people to use Gambling Harm Awareness Week as an opportunity to reach out for support if they feel their gambling is beginning to impact other areas of their lives.

“Whether that’s talking to a mate, talking to a relative or reaching out to the professional support services that are available,” he said.

Mr Rattenbury noted that while gambling can be fun and entertaining for some people, it gets out of hand for others who may start to get involved in a way that doesn’t benefit them or their families.

“One of the key things about gambling is it doesn’t just affect you – it also impacts your friends and family,” he said.

If gambling harm is impacting you, a friend or a family member, you can find free confidential online support at gamblinghelponline.org.au, or you can speak to a support person on 1800 858 858.

As far as gambling is concerned I consider myself fortunate to have had rather ‘moral’ parents whose opinion of gambling was very negative.

It has ruined peoples lives, including a now very-ex-friend.

The only thing worth gambling on are your abilities, skills and knowledge!

Very few people who visit a Doctor have to queue at a Centrelink office for their rebates. We / I put that through in the 1990s.