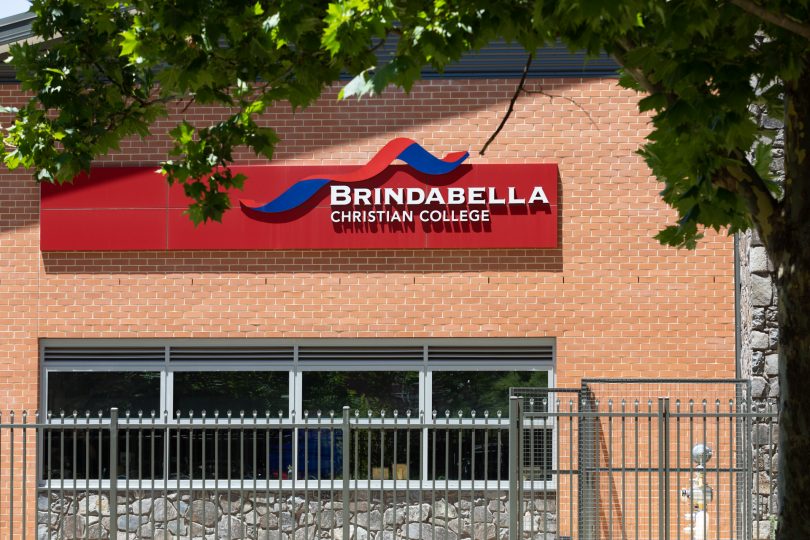 The Human Rights Commission (HRC) is also recommending that the ACT Government amend the Education Act 2004 to include safeguards for children around enrolment decisions.

The Jayatilaka family, who were at the centre of events at the college, say they are relieved and pleased by the HRC’s findings.

“Our only concern is that the finding talks about policy change, but policy breaches are already rampant at the school,” Jodie Jayatilaka told Region Media.

“Accountability is the problem, and while the findings are welcome and accurate, until there is change and the board is held accountable, more policy will do nothing.

“Hopefully, this is the beginning of enduring accountability and governance change at Brindabella.”

In 2019, then Brindabella school captain Rachael Jayatilaka spoke at the school’s end-of-year assembly about the impact of multiple staff losses and disruptions at the college. She was reportedly greeted with thunderous applause but prevented from participating in the remainder of the school event.

The Jayatilaka family had approached the school board about the effect staff changes had on students. The family also made a formal complaint to the Human Rights Commission after their daughter was questioned on her feelings about members of the embattled school board, headed by longtime chair Greg Zwagjenberg.

Jodie Jayatilaka says that when she made this complaint, the school’s lawyers indicated that they did not accept the HRC’s jurisdiction over the school and that Brindabella would not submit to it.

“I see that as evidence of brazen disregard of regulators and government authorities,” Mrs Jayatliaka said. “It shows the school’s leadership is not accountable internally or externally.”

The family were subsequently stunned to receive a letter from WMG Legal in January 2020 advising them that their sons, Timothy and James, would not be allowed to return to the school. Attempts to communicate directly with the school principal were unsuccessful and all communications were from lawyers.

The school reasoned that the family had displayed “outward displeasure” at the way the school was run and that their actions had created “an unhealthy atmosphere of anger and disunity” within the school community.

In its final report, published online this week, the ACT Human Rights Commission described the school’s actions as “inconsistent with the National Principles of Child Safe Organisations”, noting that Brindabella Christian College did not abide by procedural fairness and gave the boys no opportunity to express their views or participate in the decision.

The impacts of losing a friendship network and going through a major change at the beginning of Year 12 were also not considered by the school, although Brindabella later admitted that the children themselves were not at fault in any way.

“The school did not appropriately provide a service for children and young people,” the HRC said, noting that in doing so, it had breached four of the 10 nationally adopted child safety standards endorsed in all jurisdictions and at all levels of government.

While Brindabella Christian College’s legal representatives responded to the HRC’s request for information and documents, the HRC says that response “did not address the questions asked by the HRC as set out in our letter to them”.

The HRC added that a draft copy of the final report was provided to the college’s principal and legal representative for their comment, but no response was received.

The HRC has recommended that the college review its enrolment agreement, enrolment practices, and complaints policy to ensure they are consistent with the Discrimination Act 1991 and the Education Act 2004.

The HRC report says that the ACT Government, as a public authority, has obligations under the Human Rights Act 2004 to act consistently with human rights including the rights to equality before the law, freedom of expression and the right to education.

While non-government schools are within their rights to establish their own enrolment guidelines, Brindabella operates under an unusual system of governance. Unlike larger independent schools that often exist within an alternative education bureaucracy, or smaller religious schools that are mostly governed by parents, Brindabella is a private not-for-profit. Its board is made up of company members.

I am NOT happy that this fundamentalist ‘Christian?’, bible-inerrancy ‘school’ exists, at all.

That it receives federal and possibly territory funding is a disgrace.

All of us would love to have the one-way accountability enjoyed in Australia by church schools like BCC. They know that they can do as they please and retain their Commonwealth over funding. The Territory meanwhile is terrified to lay a glove on BCC and its medieval board.