“I really thought I was going to die": Canberra woman's warning about dangerous topical cream 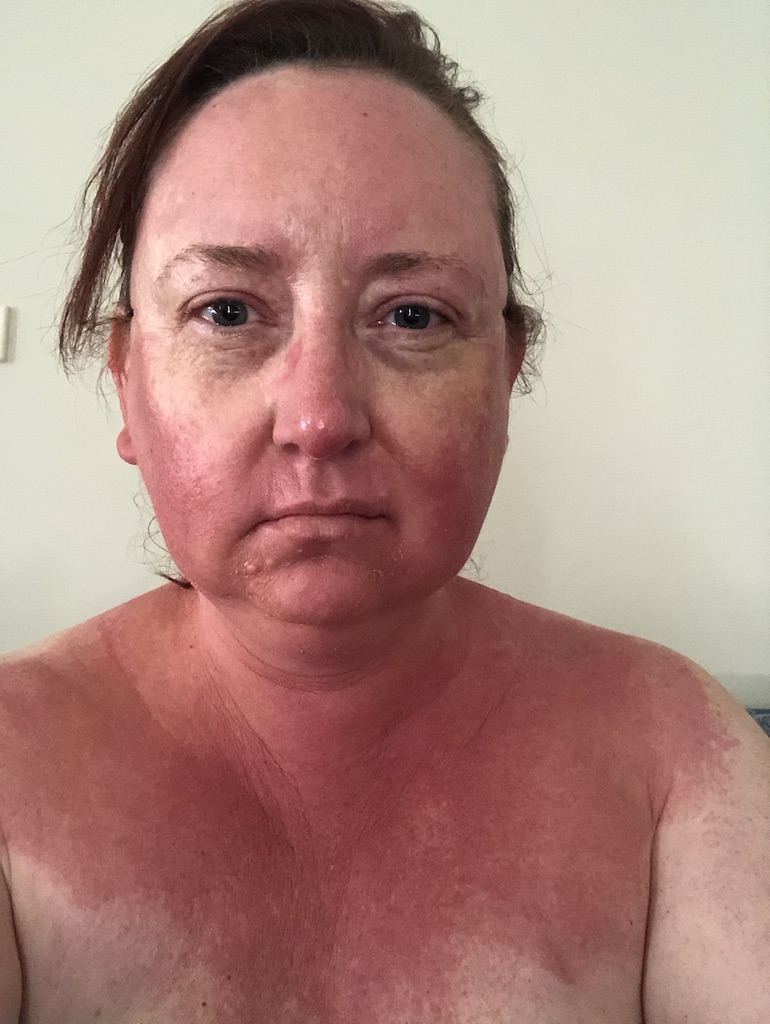 A Canberra woman who had an adverse reaction to a newly banned product contained in at least 16 non-prescriptive topical creams is urging Australians to check their medicine cabinets.

First aid creams containing bufexamac – used to treat minor cuts and abrasions, insect bites, stings and itches, and minor burns and sunburn – will be removed from the Australian Register of Therapeutic Goods on 18 September after Kylie Johnson and others shared their traumatic experiences with A Current Affair.

She thought she was going to die and ended up in Canberra Hospital’s emergency department over the June long-weekend after using Medi Quattro – a cream containing bufexamac.

The cream was purchased from Ms Johnson’s local pharmacy to treat a small rash. Ms Johnson admits to having sensitive skin, but the reaction that followed was unlike anything she’d ever experienced.

Only a few hours after using Medi Quattro, Ms Johnson noticed a burning and itchy rash that crept up her chest and covered her face. 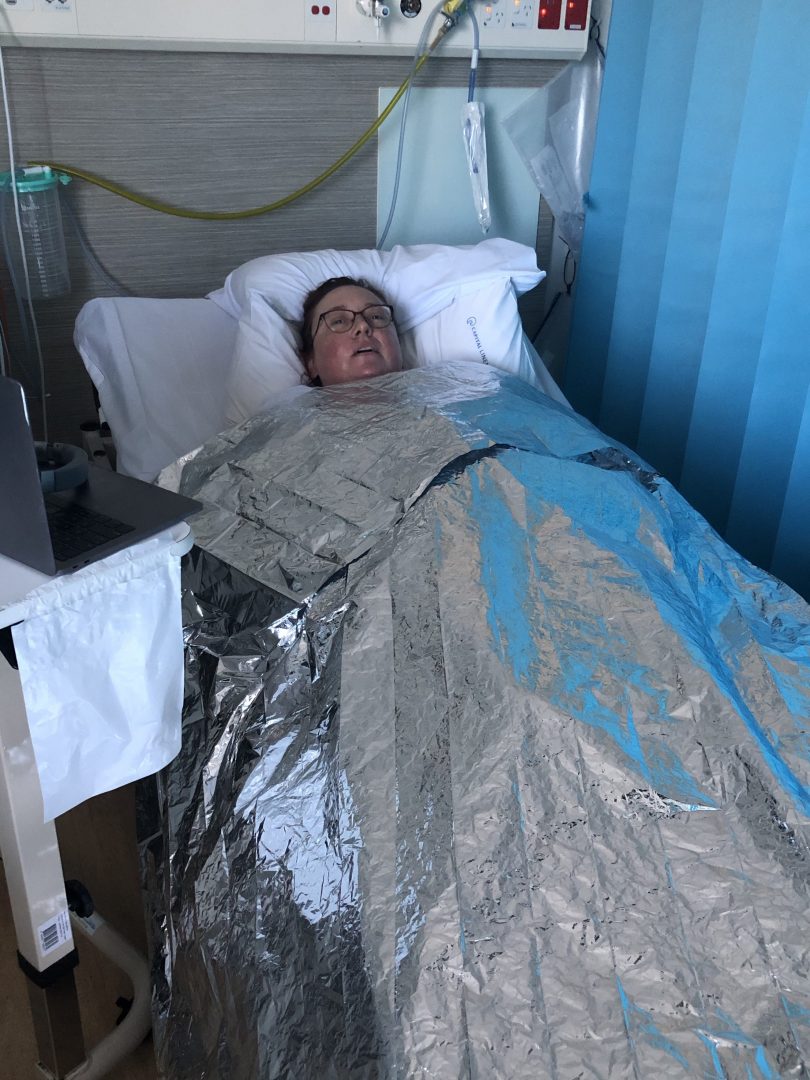 Kylie Johnson was covered with a space blanket in hospital to keep her warm while her body was covered in wet bandages. Photo: Supplied.

Unknown to Ms Johnson at the time was that bufexamac had been removed from the European market (except Switzerland) and banned in Japan, New Zealand and the US (where it was never approved).

No amount of antihistamines would work to calm Ms Johnson’s reaction and after three visits to the hospital, she was admitted for eight days.

Ms Johnson was covered in wet bandages from head to toe and given an adrenaline shot because of the severity of the rash. She was eventually sedated.

“I really thought I was going to die because it wasn’t getting any better and at one point I even checked my will,” Ms Johnson told Region Media. 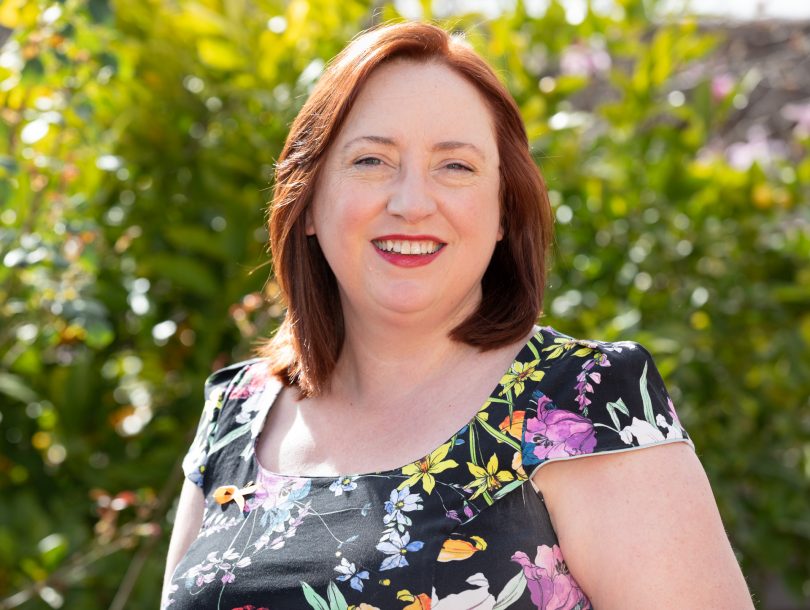 Once the reaction had calmed down, Ms Johnson’s dermatologist, Dr Diana Rubel, sent a patch test to Melbourne as standard patch testing doesn’t test for bufexamac. The results showed Ms Johnson was highly allergic to bufexamac.

Ms Johnson cried when she heard on Tuesday (8 September) that the Therapeutic Goods Administration (TGA) had determined products containing bufexamac as unsafe. The TGA also determined that there was inadequate evidence to suggest that bufexamac was even effective.

“It was the first time I’d cried throughout this experience, including when I was in the hospital. I was so relieved because I was so worried about other people being affected by this cream if we didn’t get it off the shelves,” she said.

However, Ms Johnson said she didn’t understand why it took 10 years and multiple reports of severe reactions, including from dermatologists, for the TGA to ban the ingredient.

Dermatologists Dr Adam Harris and Rosemary Nixon have been highlighting bufexamac as a cause of allergic contact dermatitis for several years and have both written papers calling for the ingredient to be banned.

The TGA had even investigated the safety of bufexamac in 2011, which led to warning labels placed on products containing bufexamac. However, those package warnings are only small, according to Ms Johnson and others.

Ms Johnson said her faith in the TGA was “shaken”.

“If you walk into a pharmacy, you trust those products won’t harm you, particularly if they are products you can buy off the shelf. These medications were sold next to innocuous creams such as Savlon, so I would never have expected that cream to have that kind of effect on me,” she said.

Ms Johnson also believes doctors need to be able to identify the signs and symptoms of a reaction to bufexamac after being turned away from Canberra Hospital three times before admission.

Ms Johnson tried to get into a private hospital after being refused admission into Canberra Hospital. She also called her GP who, after taking one look at the reaction on Skype, referred her to the head of dermatology at Canberra Hospital. That’s when Ms Johnson was admitted.

She said educating people about the effects of bufexamac is important, given that products purchased before the ban could remain in Canberrans’ homes for several years.

Ms Johnson has also created a private Facebook group called ‘Ban bufexamac’ for anyone else who has been affected.

it is terrible that she has gone through this. it is declared as a side effect on the packaging that affects some. but for many there is no negative reaction (I have been using this for years without issue), and it is unfortunate that there is no other equivalent single cream (not that I have found – you have to use multiple creams for the same combined actions)

Sadly, Kylie, health regulators primarily protect the health industry, and not you. See under, AHPRA.

Whenever the heralded “COVID vaccine” hits town, you want to dial up Norman Swan, and not the TGA.

Thanks for publishing this story. Something everyone needs to be aware of. 👍

The TGA is obviously at fault in this case. This product should’ve been banned years ago.

Good they do maintenance as rats can nest in them, besides bats visiting for dates and White Ibis nesting.

I use MediQuattro on me and the kids all the time and have never had anything like this happen.

True, but the article says they’re pulling everything with that active ingredient all from the shelves which is a bit much if it’s just the case of a sudden allergy.

Omg …that was a very close call for this lady xx