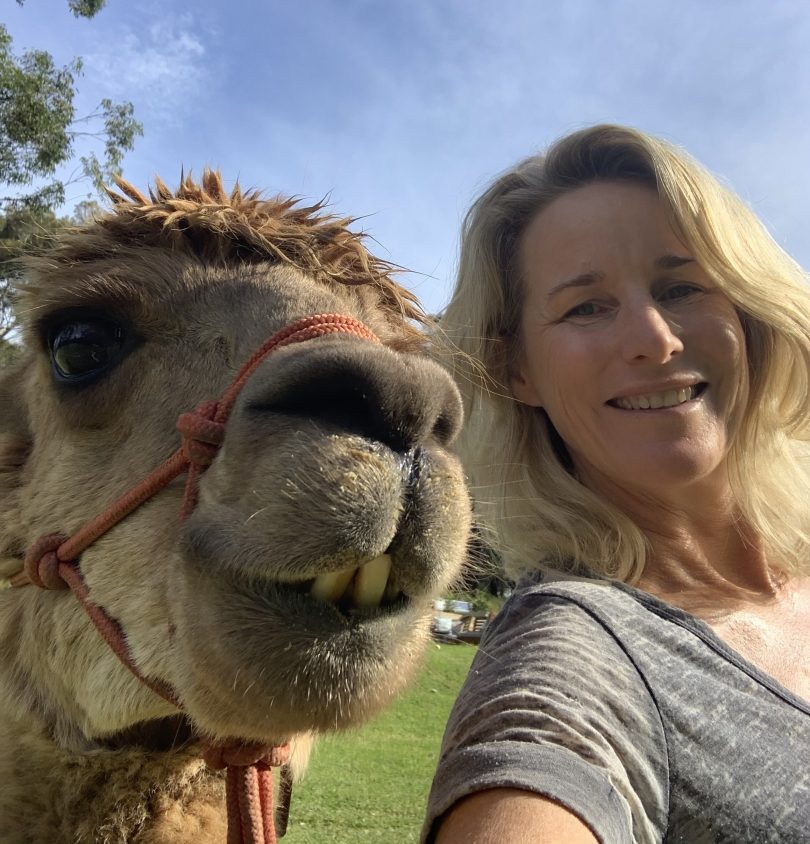 Let’s face it, I’m the black sheep of the family.

I was born on a sheep/wheat property in Cowra, where my father and his father before him were successful graziers. My two brothers run highly successful agricultural pursuits. Heck, even my little sister makes enough money from the sale of unplanned pet rabbit litters to cover the costs of their food, lodging and vet bills (although clearly not desexing).

I, on the other hand, boast 10 acres of beautiful land on the South Coast with not one productive creature to my name.

The chook pen is, in fact, a bachelors’ quarters for three Silkie roosters. My ducks will occasionally drop an egg but good luck finding it before the crows.

The goats, bar two, are neutered and given I can’t manage to keep them in a paddock for more than a couple of hours I certainly won’t be entering into any sort of breeding program.

Then there’s the horses – two little paddock ornaments and one I can, at least, ride – who basically eat money like a trip to the snow.

And my alpacas, four beautiful (wethered) boys, who act as security – surrounding cars if they come up the driveway but completely ignoring the snakes and foxes they were meant to deter. 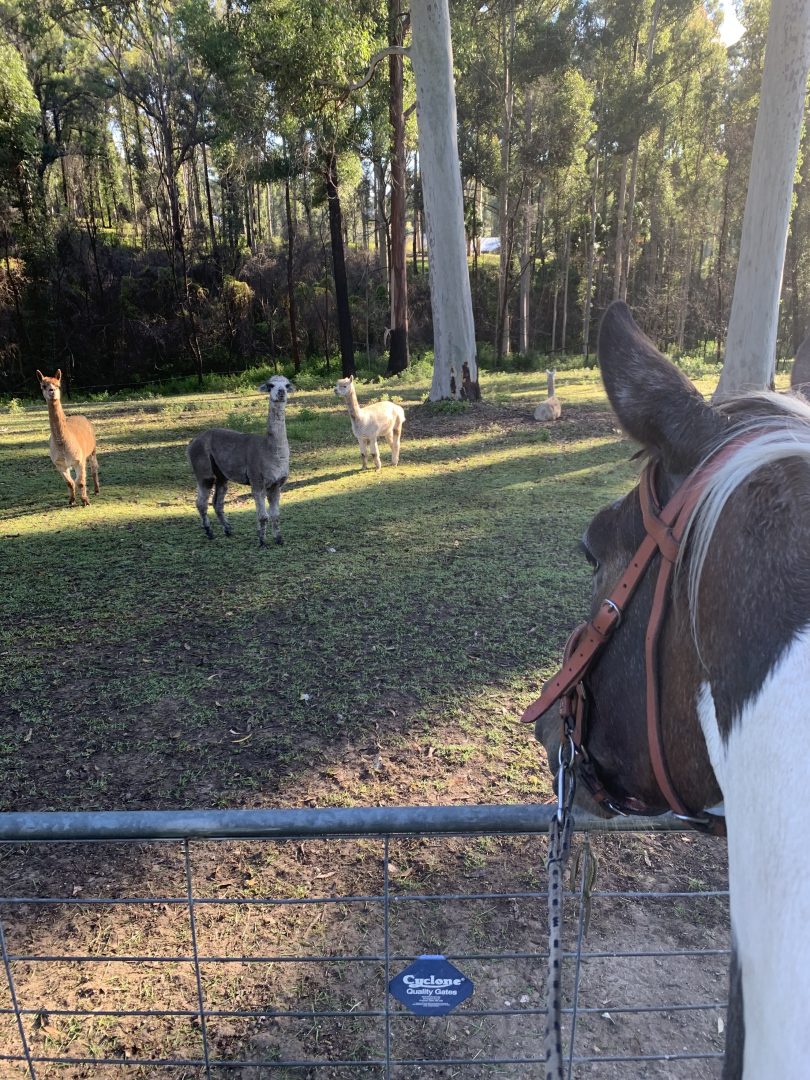 Yep, not one solitary animal on this place produces a single dollar.

It’s not unexpected. The signs were there from an early age.

I was the kid who snuck off and chased the rabbits away before my brothers headed out for a spot of shooting.

I’d get up really early and let mice out of the traps during the mouse plague, and I nursed a crippled piglet back to robust good health, albeit with a bit of a hunched back.

So farming, in the true sense of the word, was never going to be for me. No, when an animal makes it to my front door, it’s the equivalent of reaching nirvana. They will never be taken “shopping”, or be sent to “visit” another friendly farm (I know what you did there Dad!), they are here for life.

When my pet lamb had to be marked, I insisted on administering painkillers first. When my daughter’s rat was dying of cancer, I paid the $100 to have it peacefully euthanised.

So it should come as no surprise that I’ve had myself in rather a lather this week about the prospect of getting my alpacas shorn for the first time.

Yes, of course I’ve seen hundreds of sheep shorn in a single day and these are just four alpacas … but what if they are scared? 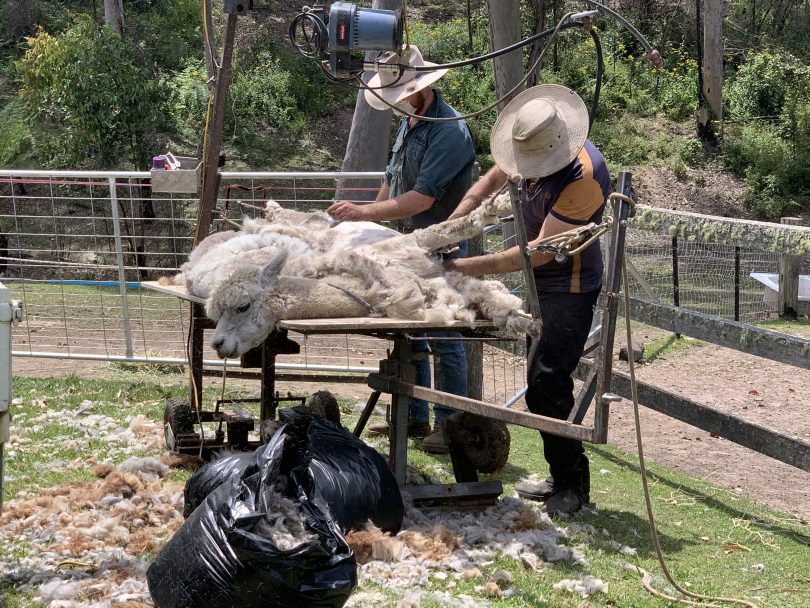 These are my boys – and they’re not the easiest of creatures to handle, what with their long necks, sharp hooves and penchant for spitting.

Plus their eyes. Have you ever looked into an alpaca’s eyes? They are the most beautiful things to look at but all the suffering in the world could be inside. And alpacas can cry, piteous noises that break my heart.

So I’ve lain awake at night figuring out the best way to calmly catch, restrain and have them shorn. Not really a first world problem. I’m not sure it’s an any world problem – just the sort of thing that robs you of sleep for no good reason.

So the day dawns and my worst fears are realised. My experienced alpaca shearers roll up with their table at the ready and ask: “where are the yards?”.

Here’s the thing. I don’t actually have yards. Well, I did – a round yard and stables – but the Black Summer bushfires made short work of them.

“So how are they on halters?”

Well, um, here’s the thing. I haven’t really tried them. They are kinda free range. 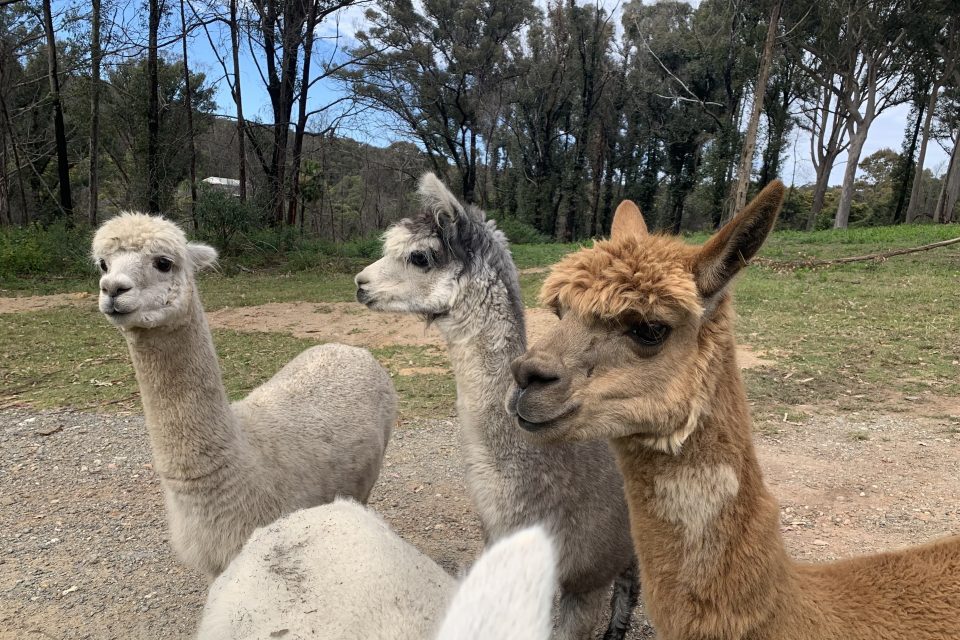 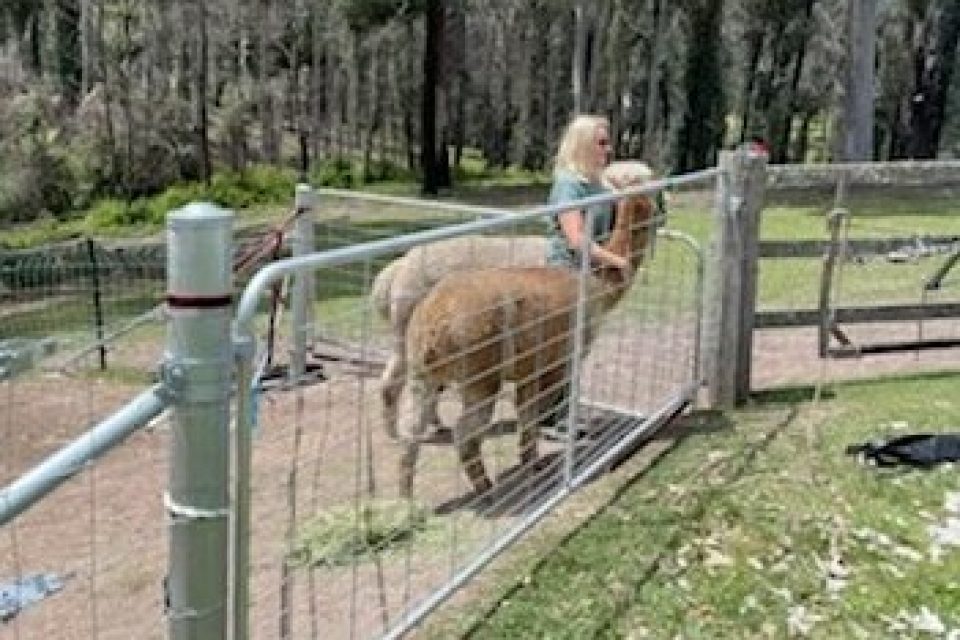 Lined up for a haircut. 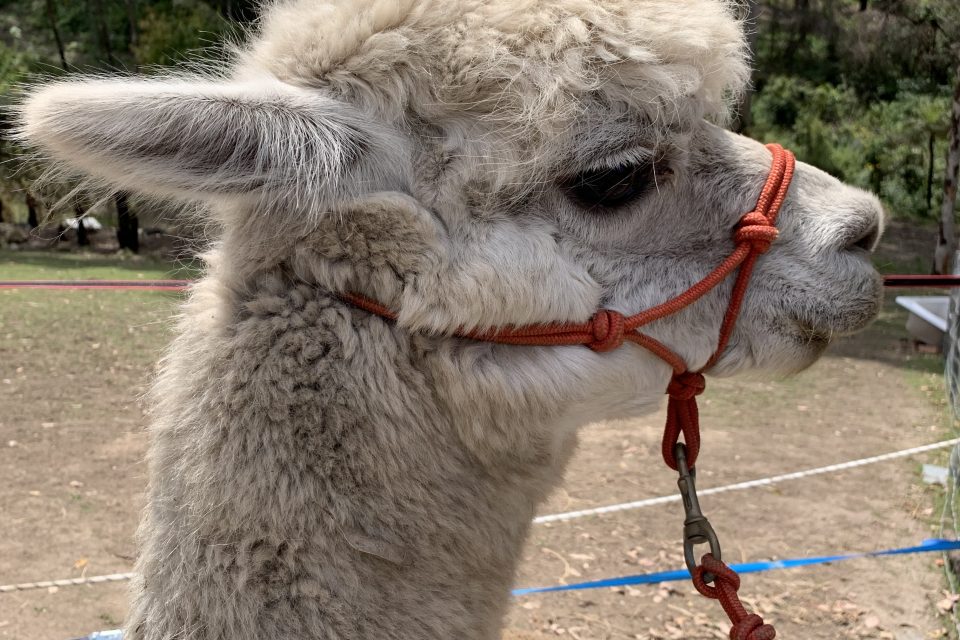 Prince the alpaca awaits his haircut. 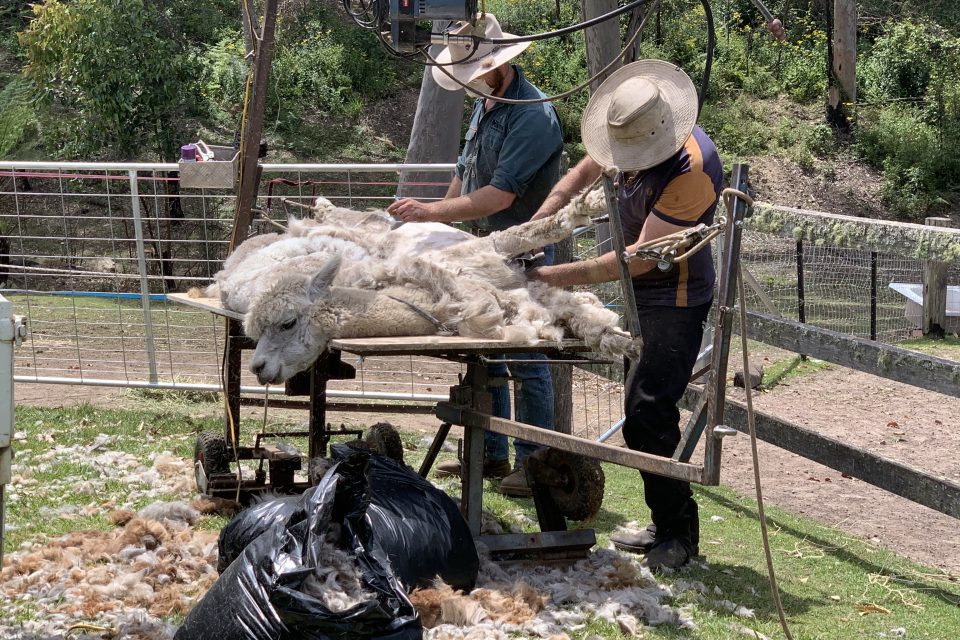 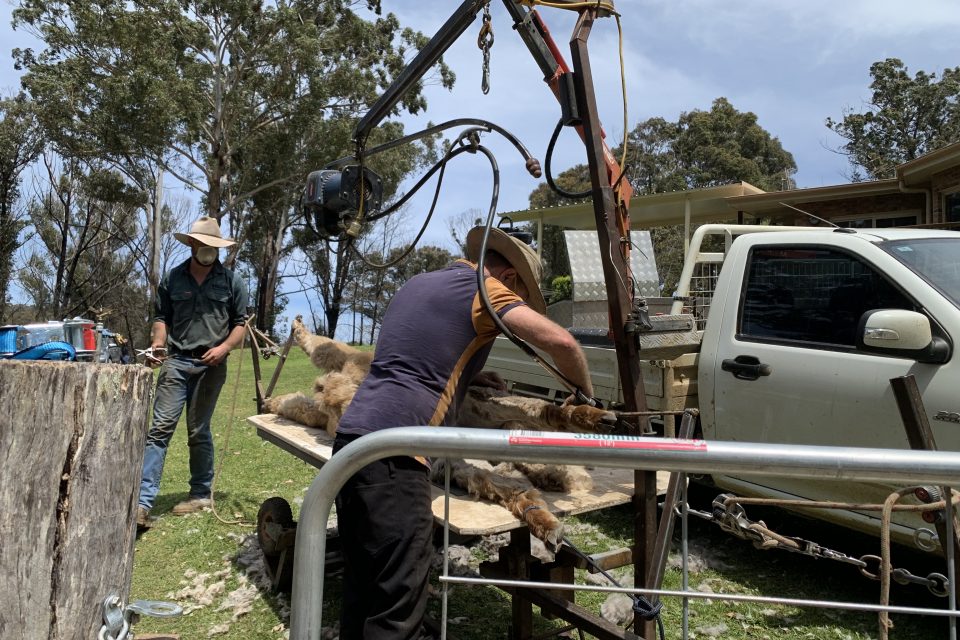 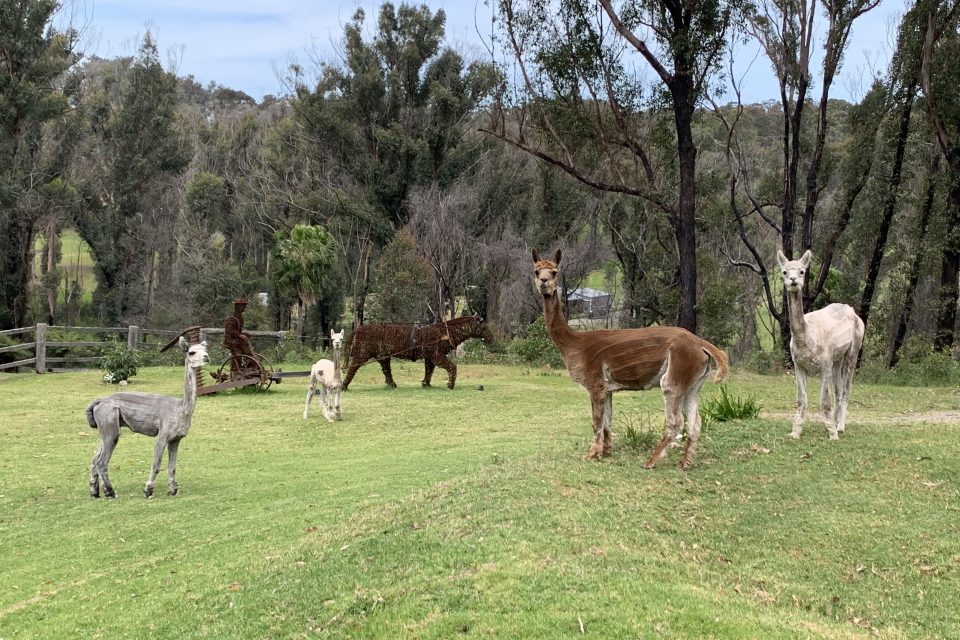 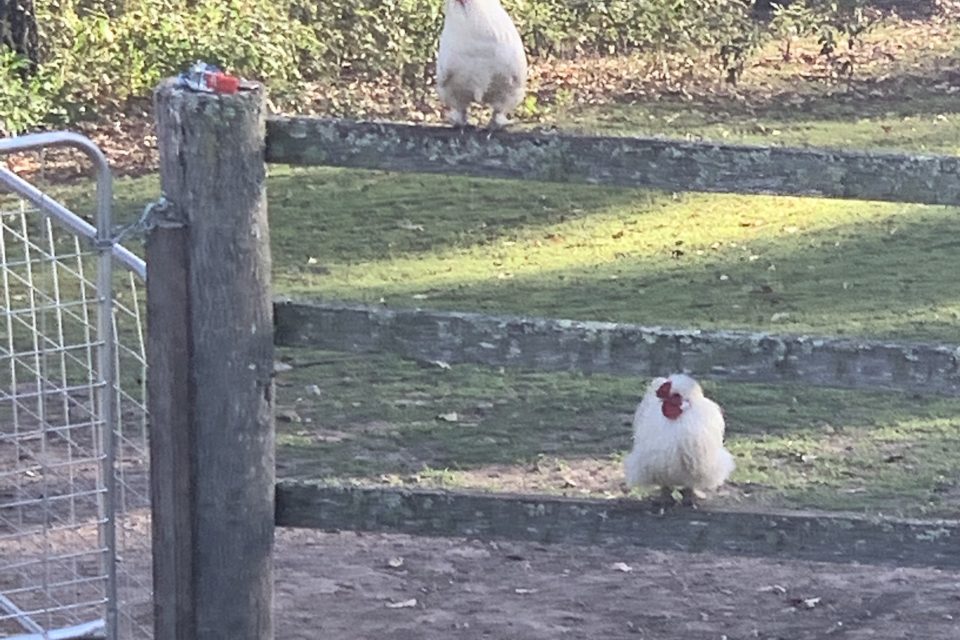 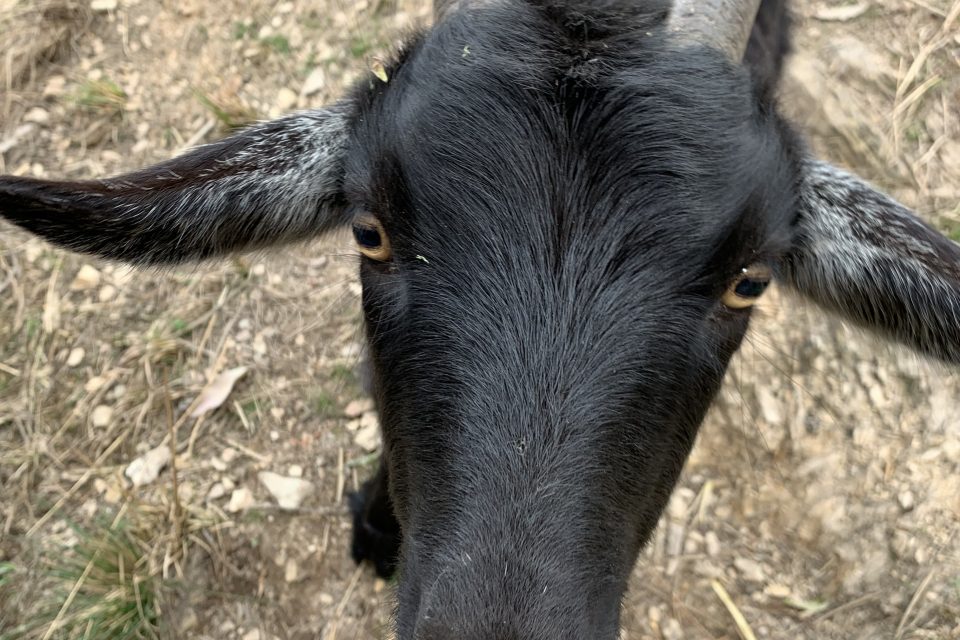 It was written all over both men’s faces – they were ready to pull up stumps and come back when this joke of a hobby farmer had all her alpacas in a row.

“Let’s just give it a go,” I wheedled. “They are very tame … well except Misty, he’s a bit scared, and Prince, he doesn’t like to be touched … ”

Perhaps it was the desperation in my voice or the fact that all four alpacas were lined up around me like post-lockdown hippies begging for a haircut, but they relented.

And so the shearing began, my poor boys, one by one, stretched out on the table while the others tucked up under my arm and I urged them to look away.

It was stressful (for me, not them), but swift and efficient and we got the job done, yards or no yards.

So now, next problem. Is anyone after some alpaca fleece? I have three bags full and – you guessed it – it’s probably going for free. 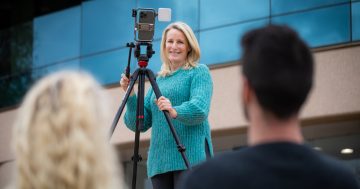 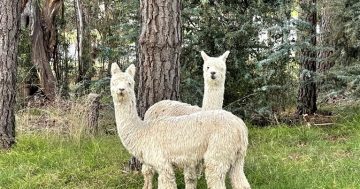 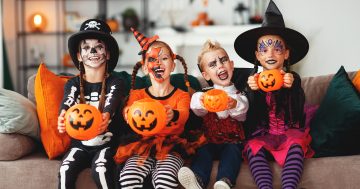 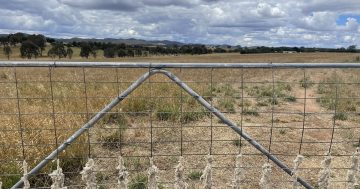 Don't be so sheepish, some things deserve the chop 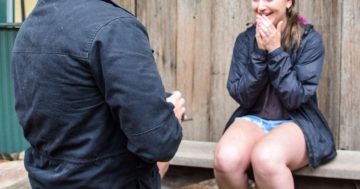 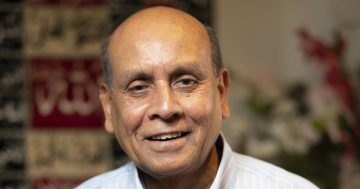 'I have found my family here, my love and my friends': migrants reflect on Australia Day