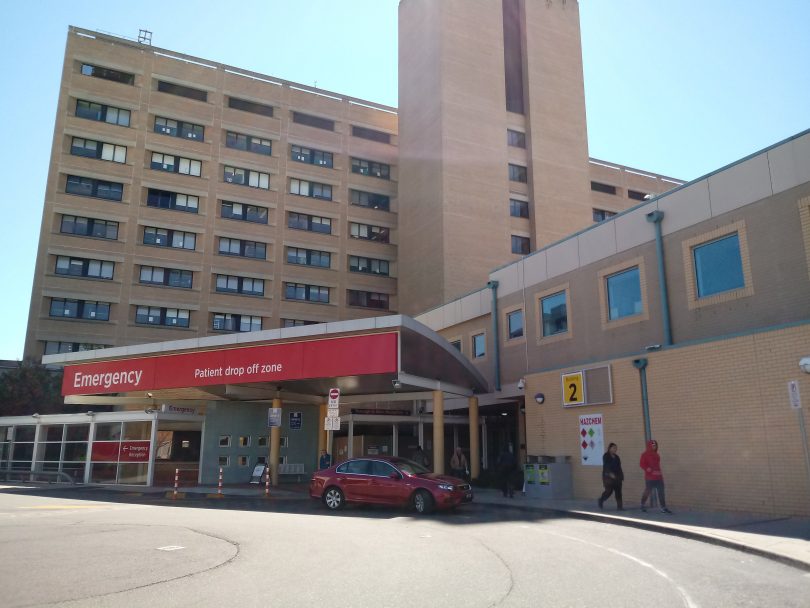 Uniforms are out and happy scrubs are in for nurses at the Canberra Hospital, where staff have been told the less formal attire will soften their image, according to a reliable source.

One nurse recently spent a day sewing hospital scrub tops out of “happy fabric” covered in colourful prints of animals to wear on the job.

Appearances apparently do matter, with the nurse saying nursing staff at the hospital have been told to stop wearing their uniforms because ‘the public will not equate bullying with a staff member wearing a happy top’.

The Canberra Hospital’s image has taken a battering recently, particularly with the interim report of the review into workplace practices, which revealed a disturbing culture of bullying and harassment.

Canberra Health Services CEO Bernadette McDonald has already initiated a number of changes ahead of the implementation of the review’s recommendations including strategies to reduce occupational violence, establishing an employee advocate role and running workshops for teams and departments with recognised problems.

But creating a less intimidating hospital atmosphere through staff projecting a friendlier image by adjusting their work clothes did not appear to be among them.

A Canberra Health Services spokesperson did not address questions about whether staff had been directed to swap their uniforms for happy tops, saying this was optional for the hospital’s nurses.

“Our uniform policy for Canberra Health Services nurses and midwives has been designed to ensure our staff portray a professional image in the workplace and to reflect the pride they take in their work, however CHS nurses may choose to wear a uniform comprised of an alternative fabric from the standard issue garment. This is an individual choice for each nurse,” the spokesperson said.

The happy tops were not new and had been happening in hospitals for a number of years, particularly in children’s wards.

“The uniform worn by our paediatric nurses features bright patterned fabrics specifically designed to assist in creating a happy and positive environment for children in hospital,” the spokesperson said.

The spokesperson said the hospital’s uniform policy was reviewed regularly as part of usual business operations, and such a review was now under way to identify options that are more breathable, don’t need to be ironed and provide maximum comfort while maintaining a corporate-style appearance for our nurses.

On the hospital floor, some are saying hiring more nurses to stop short-staffing might help more than worrying about how they look.

But the spokesperson said patients, particularly those in paediatrics, like seeing staff wearing bright uniforms because it helps them feel less like they are in hospital.

Do you think nurses should wear uniforms or happy scrubs? Does staff wearing more colourful attire make the hospital a less stressful place to be in? If you are a nurse, tell us what you think.

I miss the white uniform. It said a lot for me because when I was very I’ll I woke up thinking there was a spirit or angel near me oh except the time one was sacking out my nose . That was different. I suppose these are more practical and they do look brighter. I think some miss the look of efficiency or trust . Things have become a little too casual so people don’t see them as seriously or who’s who in a place where time is essential?
I do like them overall.

As a very key member of the committee who were involved in the paediatric colourful uniforms being introduced to the Centenary Hospital for Women and Children could I suggest that you get your information correct prior to publishing. Most of this article is invalid.

Kylie Jay - 7 hours ago
Megan Chapman took me 40 minutes to get from Queanbeyan West to Tuggeranong on a week day which would normally take 15 on a w... View
consumeradvocatecanberra - 16 hours ago
Most folk don't get it. Canberrans love their cars and have done so for 30 years. It's quick and convenient. But, imagine car... View
Lucy Jane - 17 hours ago
4 day week for everyone but everyone gets a different day off. Will help immensely with traffic congestion and has been trial... View
Opinion 91

Tender out for next phase of Centenary Hospital expansion