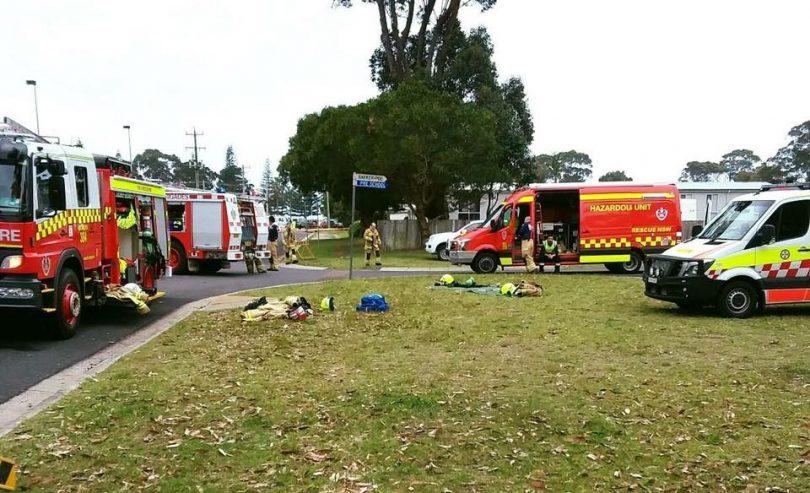 Everyone within a 200m radius of the Field Street Pump Station at Narooma was evacuated. Photo: Fire & Rescue Moruya Facebook.

Investigators from the NSW Environmental Protection Authority and Eurobodalla Shire Council are today trying to identify the source of yesterday’s (October 15) sewer contamination at Narooma after a flammable and potentially explosive liquid was detected.

Those responsible face fines of up to $4000 for individuals and $8000 for corporations under the Protection of the Environment Operations Act.

Council crews were conducting a routine inspection at the pump station off Field Street when they came across a strong smell of petrol. An explosive atmosphere test followed which returned a high reading, promoting assistance from NSW Fire & Rescue.

At about 2:30 pm (October 15), everyone within a 200m radius of the pump station was evacuated, including Narooma Library and the nearby child care centre.

Council’s Manager of Water and Sewer Brett Corven says it appears someone had poured a significant amount of petrol directly into the sewer system, either on a private property or via a sewer manhole.

“It was a significant enough amount to give a high explosive atmosphere reading,” he says.

“Thankfully, there has not been a discharge into the natural environment.” 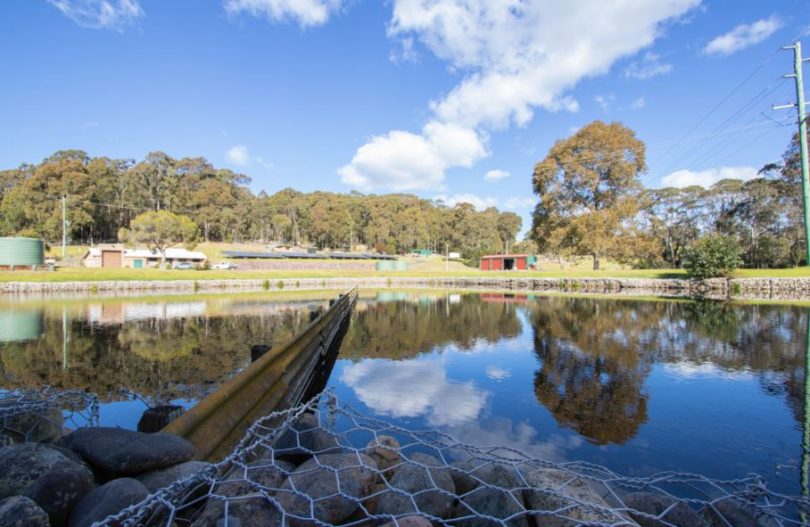 Unfortunately, it appears the workings of the Kianga Sewage Treatment Plant have been damaged and interpreted. The Plant uses a biological process to treat sewage effluent; bugs that have been impacted by the fuel contamination.

A Council spokesperson says, “The bacteria breed exponentially, and we expect to see a return to normal operations in the next couple of days.”

“We’re working with the Environmental Protection Authority and managing operations at the treatment plant to minimise any impact to the environment.”

Just how much petrol made its way into the sewer system isn’t known at this stage.

This year’s Chemical Cleanout was held just last month, the next collection will be held in the second half of 2019.

Large commercial operators cater to businesses looking to dispose of petrol and other hazardous substances.

“Pouring hazardous chemicals such as petrol down the drain or into the sewage network has the potential to cause serious physical injury, contaminate our treatment process and potentially contaminate land and drinking water supplies,” Council’s spokesperson says.

“In this instance, our water and sewer staff were put at risk. The sewer system is a confined space and the explosive atmosphere reading was dangerously high.

“Thankfully it was identified through our routine checks on the system and our trained team responded appropriately.”

The system was ventilated and the area declared safe just after 4 pm yesterday, but some fumes remain within the affected pump station today (October 16). Ventilation is continuing and Council staff will continue to monitor the levels until the fuel vapours clear.

Regarding petrol disposal, Council’s annual collection is completely inadequate. A person with a tank of contaminated or out-of-date outboard petrol will probably need to dispose of it NOW, not next year. In such cases we can expect to experience frequent ‘mistaken’ disposal events. The obvious alternative is to have petrol/oil disposal facilities available at all times.