Is the ACT eating the ‘hot porridge’ in the ‘Goldilocks economy’? 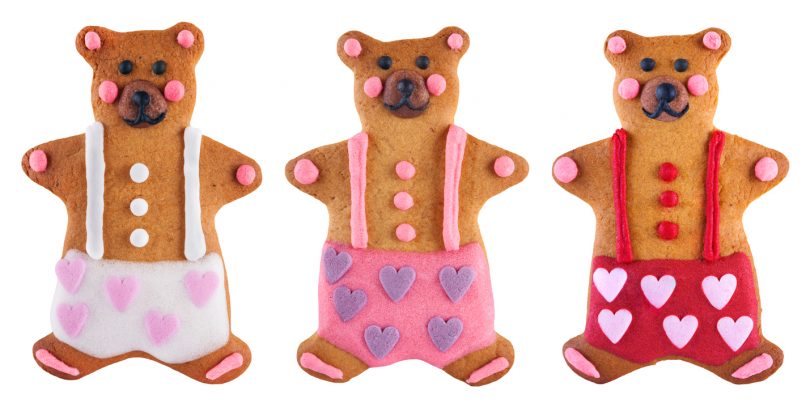 Is the ACT eating the ‘hot porridge’ in the ‘Goldilocks economy’?

The ‘Goldilocks economy’ for those not up on hip economics speak, is an economy that is ‘not too hot and not too cold, but just right’. An economy with low inflation, moderate growth, increasing house prices, low-interest rates, full employment and economic stability.

Sounds familiar doesn’t it? Yep, that’s Canberra to a ‘T’. In fact, the Access Economics report puts Canberra at the top of the leaderboard of Australian States and Territories with the ACT recording the fastest growth in 2016 – 17 (4.6 per cent in 2016-17).

They say that this success is due to a number of factors including:

There is also reference to the $1 billion plowed into stage one of the light rail network (lifting engineering construction by 300 percent), $550 million Public Housing Renewal Program and the $606 million ‘Mr Fluffy’ housing renewal program.

The report suggests that the major sectors seeing employment growth (4.6 percent in 2016-17) from the ‘priming’ of the ACT economy are education and training, accommodation and food services, and administrative and support services.

The report also doesn’t see much downside on the horizon. It suggests that there won’t be much appetite for the Federal Government to raise Canberra to the ground in the Federal Budget as the Government and Opposition are locked in mortal combat over tax cuts for the rich and famous…

There are some statistics singing to a different hymn-sheet including a ‘flattening in housing approvals, a weakening trend in retail sales, and a drop in car sales over the past year’.

But ‘housing construction activity continues to boom… prices are growing, rental vacancies continue to fall, and the room occupancy rate remains above the national average’.

Interestingly the report glosses over the fact the ‘value of commercial building approvals has almost doubled over the past year’… but that is another story for another time.

So is there any surprise that the latest Sensis Business Index shows ACT Small to Medium Businesses confidence is the equal highest in Australia? Nope.

The ACT economy is bordering on ‘hot’. So, are we eating the ‘hot porridge’ in the ‘Goldilocks economy’?

The theory is that steady, sustainable continual growth is a good thing i.e. ‘not too hot and not too cold, but just right’… but of course the ‘Goldilocks’ story has been sanitised over time and has lost its original meaning.

The original ‘Goldilocks and the Three Bears’ was about a badly behaved old woman who enters the home of three bachelor bears, sits in their chairs, eats their porridge and sleeps in one of the beds. When the bears return she jumps out the window and is never seen again, and in some versions of the story she is found impaled on a steeple…

Whilst this report shows the ACT continuing to reap the benefits of continuous growth, is it sustainable, and what will happen once the ‘porridge cools’, and property investment and government spending drops off while interest rates and unemployment starts to climb?

Do you feel that the ACT Government has got the economy on the right path for future prosperity?

Remind me why the local council gets a GST distribution subsidy?

‘Canberra’ is a ‘cost of production’ for the rest of the country. We should be lean and mean not hosing other peoples money around on the wealthiest concentration of people in the country.

When I think of what passes for the management of the ACT economy, I don’t think of Goldilocks, I think of this episode of Seinfeld –

All it will take is for Aus-China relations to sour and our false education economy will tank. Those uni dorms would be empty and property prices would crash.

Eventually the budget will target our overinflated public service and the trams will run empty, apartments won't sell and this will become a ghost town with a huge credit card debt. Then rate hikes will further drive away those able to leave and the rest of us flounder on the edge of bankruptcy.

You should go and see Blue World Order at Dendy. I don't think it's quite that bad but we do need to have a plan that is a bit more sustainable than the Nike slogan - Just Do It ...

All porridge looks smooth on top but generally there are a lot of lumps encountered under the surface.

The hype about the ACT economy is like Goldilocks, just another fairy tale.

Porridge is good for you. Lot’s of fibre and slow burning carbs. Good for the winter months …

The homeless will appreciate that.

Daniela Wilsener - 7 hours ago
Jake Wilsener Ash Garrity could be an option? View
Scott Abela - 8 hours ago
Robyne Mitchell Exactly, complaints from fire and ambulance drivers that these narrow roads are putting lives at risk.. View
Helen Prior - 20 hours ago
About the roads.Enough traffic. already. View
Community 1