Is the Victorian election an omen for Zed? 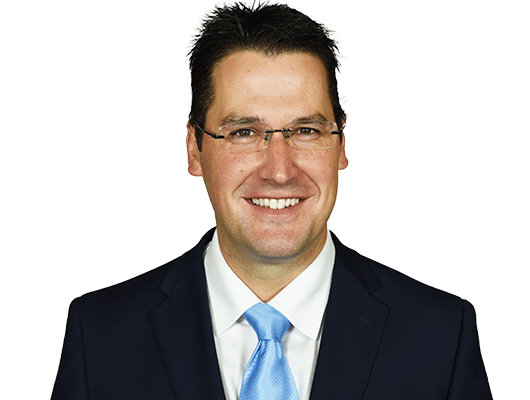 The Victorian Liberal wipeout has heightened fears among Canberra Liberals that Zed Seselja may lose his Senate seat in the forthcoming Federal election. Moderates say many in the party are “distraught” at Senator Seselja’s death grip on internal party politics, in a jurisdiction with strong similarities to the prosperous Melbourne seats conceded by the Liberals on the weekend.

Gary Kent is the former president of the ACT Liberal Party and the longest standing office holder. He says that the ACT is, if anything, more progressive than Victoria and that includes many Liberal voters. “Zed Seselja barely held the seat last time. It’s difficult to see how he would increase the vote. He’s done exactly what the Victorian Liberals did by trying to survive on issues that appeal to this non-existent hard-right based.

“Here we have someone who was intimately involved in the coup that overthrew Malcolm Turnbull, apparently more worried about saving Liberal seats somewhere in Queensland when he has run the Liberal Senate vote down in the ACT,” he said. Mr Kent now belongs to the Victorian Liberal division of Higgins having, by his own admission, left before the local branch could move him on.

“The feedback about Zed’s role in the Turnbull affair and his lack of representation on matters of concern to Canberrans is becoming extremely worrying. I include in this issues like same-sex marriage, the right to die legislation, a whole range of areas where Zed doesn’t represent the people who vote for him in any way.”

Longtime ANU political analyst Dr Norman Abjorensen agrees that the poor fit between Senator Seselja’s beliefs and the local Liberal demographic means that many Liberals “vote for Zed while holding their noses,” but he’s less certain this will presage electoral defeat.

“He is a fish out of water in this electorate, but over the years there’s always been more hope than evidence that the Liberals could lose their Senate seat. The reality is that alternative candidates like the Greens are taking votes from Labor, not the Liberals. The only thing that could dislodge Zed would be an insurrection within the party.”

Dr Abjorensen points to the possibility that a high-profile independent candidate could divide the Liberal vote, but says that would require time, money, expertise and a very clear message about the candidature. And, he says, “ruthless tactics” are likely from the Right faction given Senator Seselja’s effectiveness in dispatching the previous incumbent, Garry Humphries.

“The Liberal vote will never fall below the low 30’s and you only need to get 33 per cent or 34 per cent to get a quota. If we had more senators like the states do, voters could choose from a longer list of names and the results might be different. I think the reality is that Zed will probably get re-elected.”

Gary Kent says there’s been no female candidate for the Senate since Margaret Reid’s time. He believes that there are plenty of women in the ACT division who would potentially fit the bill but describes the hard right as “very blokey” and not female-friendly. Beyond that, he’s looking for “someone with a demonstrated commitment to the values of the Canberra community, someone who is able to speak the language of people in the ACT who don’t want a left-wing Labor government or the Greens, but a good old-fashioned Liberal party that represents Liberalism the way it used to be.

“If you translate the people who voted for Menzies to the current ACT Liberal voters, they are focused on issues like climate change and how to give people equality of opportunity. They are generally interested in the welfare of the ordinary person, they believe climate change is real, and they’re not primarily motivated by divisive issues like law and order or immigration.”

Is there a message in the Victorian election results for the ACT Liberals?

He did not represent the people who voted for him. he’s a right wing conservative god botherer who will do anything to push his own agenda.

Yay, hope he does lose his seat.

Good bye zeb, don't get hit by the door on the way out.

Zed was going to lose it anyway.

He is not popular outside the actual party room, full stop.

Knifing others in the back is never appreciated by onlookers, and particularly not when it's the relatively few competent people in the party who get knifed by the ones who cannot compete on merit.

To all ACT Liberal voters, I beg you, at the very least, PLEASE vote below the line and put the other Liberal candidate before Seselja.

Neica Hall Well yes, but my message was for the rusted-on Liberal voters who couldn't bring themselves to vote for a *gasp* socialist.

What has he done for Canberra?

We saw Abbott hanging around his office in Gunghalin a few times in the lead up to the knifing of Turnbull which seemed a bit suspicious in retrospect.

I could never support someone with judgement so poor that he thought Dutton would make a good PM.

Votes against the ACT passing its own legislation. Gone!

About time the god brigade were made aware Australia is a secular society.

Seeing him standing next to Dutton while he spews out his racist diatribe makes me so angry. He is so unrepresentative of the Canberra community.

All I can say is fingers crossed..

I think that the article really says it all. Zed’s a bit out of touch with the ACT but he’s backed by some ruthless Libs, and the realities of the ACT Senate voting is that it’s one Lib, one Lab, and that’s all there is to it.

He helped knife Malcolm, has lost my vote.

Time for Zed to be replaced

His inability to vote according to the wishes of his constituents was an omen for zed. One which he failed to heed.

Ursula Gamal - 4 minutes ago
Yes yes yes and rude. View
Alex Dee - 55 minutes ago
It’s not, it’s only the noisy minority that are having a whinge about Canberra drivers.... View
Belinda Maiden - 1 hour ago
I’m new to Canberra and have been surprised to find that: * P-platers seem to be allowed to drive at twice the posted speed... View
Breaking 7

John Moulis - 58 minutes ago
Thank you to those people who have responded to my initial post. Since airing my experiences here and on Facebook it is clear... View
I am a Rabbit™ - 10 hours ago
The problem with the approach of the federal government was they were trying to reach a middle ground between not pissing off... View
chewy14 - 11 hours ago
You're assuming what he's saying is correct though. Whilst they do have controls to prevent vaccine "shopping" for people not... View
Property 23

Jason Hutty - 10 hours ago
Tim Van Der Vlist I'm not sure if you understand the economics of a member's club. The members own it. So yes, of course they... View
John Sands - 12 hours ago
John Ryan Steve Boege just means you should go to 19th hole and think about how you would have played... View
Fiona Wright - 12 hours ago
Irene Kelly greenkeepers made a mistake on the greens (in the article).. View
News 23

The world's first plumbing systems emerged around 800 years BC. Created by the Romans, aqueducts and pipes supplied water across...
News 23

@The_RiotACT @The_RiotACT
There's a big week ahead in #Canberra with markets, music and comedy - there's something to please everyone https://t.co/wy6n8HbUv0 (13 hours ago)