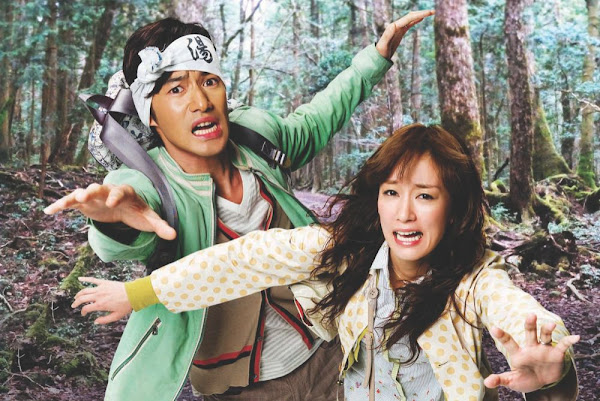 The National Film and Sound Archive is letting us know they’re kicking off the 15th Japanese Film Festival.

Opening Night (Wednesday 9 November) will again be presented FREE to the public by the Embassy of Japan. This year’s opening film will be Railways – the new heartwarming drama from the team behind the hit TV series Always: Sunset on Third Street (bookings essential – phone 02 6248 2000).

Canberra’s Japanese Film Festival is the first chance for Australians to see the top draw of the 2010 Japanese box office – the new film from acclaimed anime Studio Ghibli, Arrietty (G), with a script by its master filmmaker MIYAZAKI Hayao (a favourite of Disney) that’s based on Mary Norton’s classic English children’s story The Borrowers (also the writer behind Bedknobs and Broomsticks).

Don’t miss this chance to catch up with the latest films from some of Japan’s most respected festival and art house filmmakers. Many use classic Japanese cinema genres to explore the issues and anxieties behind this difficult era of Japanese economic, cultural and social transformation. Hula Girls director LEE Sang-il’s film Villain (u/c15+) and ZEZE Takahisa’s epic Heaven’s Story (u/c18+) are amongst the most prized films of recent Japanese cinema, leading the famous Kinema Junpo critics poll. Both films use stories of the ramifications of brutal murders to probe contemporary Japanese social values.

Peter Hatfield - 5 minutes ago
Or just go to the Jollimont and catch a comfortable coach and be in Sydney an hour faster, and at a fraction of the real cost... View
Greg Myat - 2 hours ago
Ross McConchie I agree with you entirely about using rail more to get trucks off our main routes. But trains are the most eff... View
Gail Annette Tregear - 3 hours ago
Canberra Airport has mow come of age but the Railway Station is much as it has always been. Most visitors don't know it exist... View
Opinion 49

Donna Hofmeier - 8 minutes ago
Why ? NSW Rugby have never been kind to us. View
Jay Annabel - 3 hours ago
If the emus don't mind travelling, why not? View
Matt Fallon - 5 hours ago
Dunx Fallon i rckn both View
Property 12

Futureproof - 6 hours ago
One thing that these lockdowns have taught me - if you were ever going to start a business, make sure you can sell all your p... View
News 2

@The_RiotACT @The_RiotACT
The new #VaxTheNation campaign is urging Australians to get the jab for COVID-19 so music venues can return to hosting gigs and delivering live #entertainment https://t.co/lo3ejx179F (27 minutes ago)