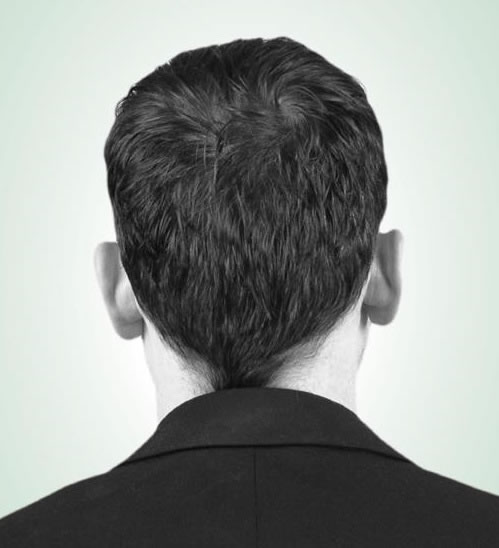 Julian Hobba is best known for “Delicacy”, his play about a real-life case of mutually-agreed cannibalism. Now his imagination has been fired by Herman Melville’s short story “Bartleby”, a before-its-time fable of workplace alienation. With the show opening at The Street Theatre two weeks from now Julian was kind enough to share some of his thoughts on the show and his own creative process with us.

I wouldn’t say the story works better or worse in a contemporary setting, though I’m sure it works differently. What interested me as a writer adapting the story was the familiarity of the central situation described by the story – a group of people (men) cooped up in a workplace that serves to dehumanise them. The story is credited as being among the earliest examples of modernist literature – a literature that describes the condition of the modern world – and it struck me that this basic condition of their workplace translates to the contemporary environment – repetitious work that puts human labour on a production line, of legal drafts, or, now, emails.

It seems to me that in the contemporary office setting we have actually just put that sense of dehumanisation and pressure ‘on steriods’. We’ve changed and enhanced our technology and we’ve placed work even more centrally in our lives and identities. We’ve all experienced workplaces as a place that feels contrived, with forced relationships. But then, we also know how that can change and work and its relationships can become very meaningful.

Bartleby’s story has a lot of interpretations (I see it as about depression, for instance). What is your personal interpretation of Bartleby’s refusal to act or follow orders? In a world where Dilbert and The Office describe common experiences, is passive resistance a kind of rebellion?

I think the most engrossing aspect of Melville’s original and the character of Bartleby is the mystery that surrounds why he prefers not – the fact that no explanation is given. I think depression is certainly involved, and I think that captures the deep sense of melancholy that besets Bartleby in Melville’s original. But it’s also a very contemporary and medical term. We needed to ask: if it’s a type of depression, what is behind that? What are the thoughts, feelings and experiences that cause it and what is the result of it?

To go back to your first question about what the change of medium does to the telling of the story, this is an interesting example: a sense of mystery can be allowed to surround Bartleby’s actions (and even though it is just verbal, it is compellingly active) in the prose story. In a stage version, however, myself and the performer playing Bartleby (Ben Crowley) must necessarily create our interpretation of what lies behind it and what Bartleby is thinking at every moment. It is conjecture, but it has to be done for Ben to be able to play the role. We don’t want to overtly explain it, because I think it should remain a question that lingers, but to make a play, we have to make our own decisions, even if only we know them.

Bartleby’s behavior is strange but his boss’s behaviour – making way for him rather than simply firing him – is also strange. After all, most bosses in the real world would have no trouble ridding themselves of deadwood. Who is stranger, the man who refuses to do anything or the highly successful professional businessman who not only tolerates a non-worker but tries to work around him?

I think this is very perceptive, and something we talk a lot about. Bartleby is obviously the title character, but there’s no question, to me, that Melville foregrounds the Old Lawyer’s struggle with the compassion that Bartleby evokes in him. That struggle drives the action of the story. He does not understand Bartleby, yet he finds himself unable to do what common sense tells him should be done. So, we are asking questions about the limits of compassion and ambition, both in contemporary society and also more widely than that. We’re exploring where compassion sits in the hierarchy of our priorities, and the contemporary workplace provides such a stark environment in which those priorities have to be weighed; it puts a lot of pressure on those choices. In some ways it should be the most natural thing to develop a sense of compassion for Bartleby. So why is that such a challenge for the lawyer?

You’ve decided to set the story in the modern office environment. Do the pressures of such an environment make life harder for Bartleby or does the extra bureaucracy make it easier for them to slip through the cracks?

I think the question of survival – or functioning – in the workplace is probably as much about personality as about conditions. I think we are also playing with the idea of mastery. Different people take refuge in the parts of the system at which they are most adept. In that sense, heightened bureaucracy and the way different people deal with it is playing a big role in this interpretation.

It struck me that all of us will certainly have wished at some point that we could just do what Bartleby does – and prefer not. And that caused me to ask what that would be like today and what would come as a result of that? That’s what I hope we’re exploring in this work.

In 10 words or less, why should people come see Bartleby at The Street?

A very talented cast, a story people will empathise with.

@The_RiotACT @The_RiotACT
St Benedict’s in Queanbeyan has been helping locals for more than 15 years, offering meals, friendship, advocacy & support to those who need it most https://t.co/l22RO7R84o (41 minutes ago)