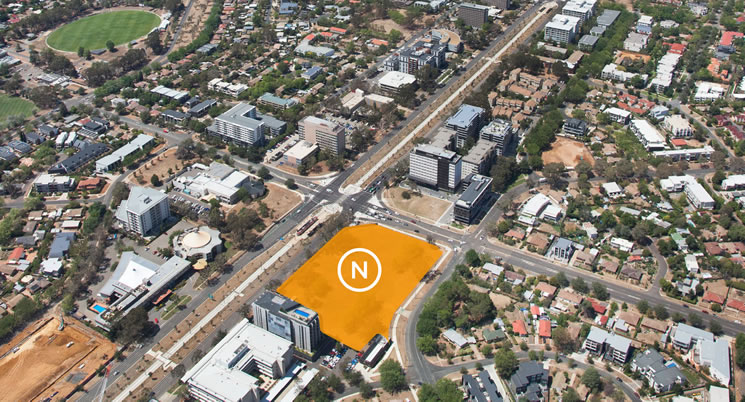 One of Northbourne Avenue’s most significant corner sites, which can be home to more than 400 apartments, has been sold to Art Group for $19 million.

The Suburban Land Agency (SLA) originally released the former Macarthur House site, on the corner of Northbourne Avenue and Macarthur Avenue in Lyneham, for sale by tender in May 2020 but the transaction was completed over the counter last month.

The SLA said the 1.363 hectare site was placed for sale over the counter based on the same sales terms and the same disclosed tender price. Art Group made an offer that was acceptable to the SLA.

It was marketed as an opportunity to build a landmark development within minutes of the Canberra CBD and Dickson dining precincts, and with easy access to Canberra’s major universities.

The former home of a major ACT Government office block, which has been demolished, the site is located at a key stop on the light rail route and is part of the City Renewal Precinct.

Art Group is behind the massive Soho development just across Northbourne Avenue to the north, between the Pavilion Hotel and Morphett Street, and the completed On Forbes in Turner.

Art Group has not yet provided any plans for the site, but development needs to comply with the National Capital Plan, Territory Plan and the proposed Draft Territory Plan Variation 368 (DV368) which embeds the proposed City and Gateway Urban Design Framework that applies to Northbourne Avenue.

A SLA spokesperson said the mixed-use site was flagged to become an ‘urban village’ aimed at bringing density and life to the area.

“The community will benefit given the site has great urban renewal potential, with adjacent access to light rail, public open space, shops and employment hubs in Civic and Dickson,” said the spokesperson.

The holding lease permits the development of up to 424 dwellings and includes a requirement for a minimum of 50 dwellings to be sold at the ACT Government Affordable Home Purchase thresholds.

Developers can build to 48 metres high on the site after changes were made to the City and Gateway Urban Design Framework in 2019, confirmed with the approval of Amendment 91, developed between the National Capital Authority and the ACT Government.

The controls the ACT Government placed on this site as part of the sale demonstrate its commitment to achieving a high-quality development outcome for the site, said the SLA.

The site was initially to be sold as part of the Federal Government’s asset-recycling scheme, but missed the 30 June, 2019, deadline. 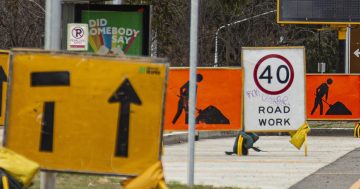