Lame listless limp leaderless Brumbies go down to the Force

Foxsports have the tale of woe that is the Brumbies home loss to the lowly Western Force.

The Brumbies’ one-time home-ground fortress is now proving more a gateway to four competition points for visiting teams, with the ACT franchise a dismal one from four in Canberra this campaign.

The upshot is the Brumbies’ finals hopes are dead and buried – even if coach Tony Rea refuses to believe so.

“We’ve got no margins now,” was all Rea would admit to with his side languishing in 11th position 12 points adrift of the top six at the halfway mark of the season. 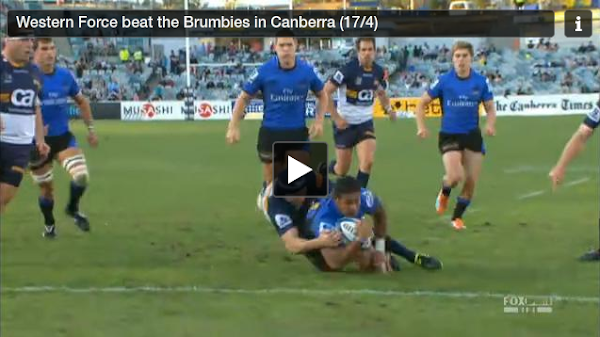