Last chance to comment on the future of Civic’s heart. 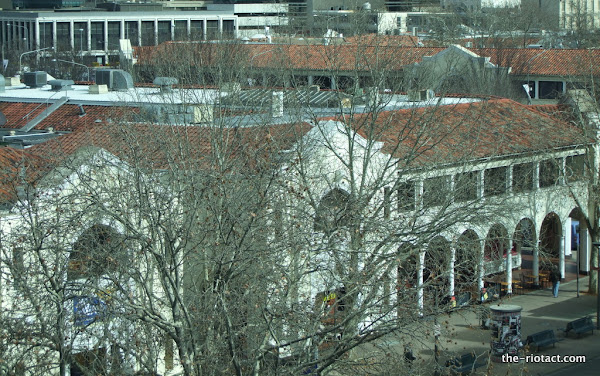 The Economic Development Directorate is letting us all know that you’ve got until Friday to comment on their the draft Conservation Managment Plan for the Sydney and Melbourne Buildings.

Your comments on the draft Conservation Managment Plan are welcome.

The draft plan helps the owners and traders in the Sydney and Melbourne Buildings conserve these iconic landmarks for future Canberrans and their visitors and is an interesting read for those intrigued by the history of the national capital.

4 Responses to Last chance to comment on the future of Civic’s heart.
Filter
Showing only Website comments

The central part is useless and the whole thing looks like a missmash of things.

The report is not about finding alternatives for the buildings anyway.

Judging from the Diamond/Flint and Moosehead fire’s these things would seem like a death trap. I dont think they are worth much because you can’t do much with them. The central part is useless and the whole thing looks like a missmash of things.

Goverment should sell buy them and launch a competition to redesign and make much better use of the space which is pretty much the heart of canberra. Use some money on decent public art.
One idea would be to include a tunnel / walkway or connected sublevel between the two buildings or new stuctures to better connect City East and West or even including an actual Bus interchange or taxi rank.

Anyway as far as most canberrans know they both look the same so if we keep one that should be enough?

Where else would you go to get stabbed while waiting for reheated pizza?

Michael Ilsley - 28 minutes ago
How lucky are those children going to be being taught by such an incredible person. View
Rhonda Maxwell - 4 hours ago
Brad is an amazing young fella who is living a full life. His family and friends are s wonderful support as is his footy team... View
Pam Perkins - 5 hours ago
A very inspiring young man all the best in all your future endeavours and wonderful community support... View
Community 10

John Beagle - 1 hour ago
100% correct Gordon. The toilets are a disgrace. They appear to be the original 1999 edition, and the only illumination is on... View
News 6

aussie2 - 15 hours ago
Firstly I would be challenging directing all southbound traffic to Woden interchange. We are spread out. Surely those outside... View
chewy14 - 17 hours ago
I actually like what they are proposing here and I think integrating the CIT into the new development space is a sensible mov... View
JC - 21 hours ago
So true. It’s far easier to whinge about anything and everything. Though think the core issue is many here just don’t lik... View
News 9

@The_RiotACT @The_RiotACT
A new public housing complex in Dickson will provide 20 new homes. Meet some of the excited tenants who are moving in https://t.co/cDzC1xhW3Q (2 hours ago)

@The_RiotACT @The_RiotACT
A Canberra father in his 50s who has been accused of repeatedly hitting his wife and choking their daughter has been granted bail this week, despite being denied bail when he appeared in court earlier this month https://t.co/db6PJrP50f (3 hours ago)