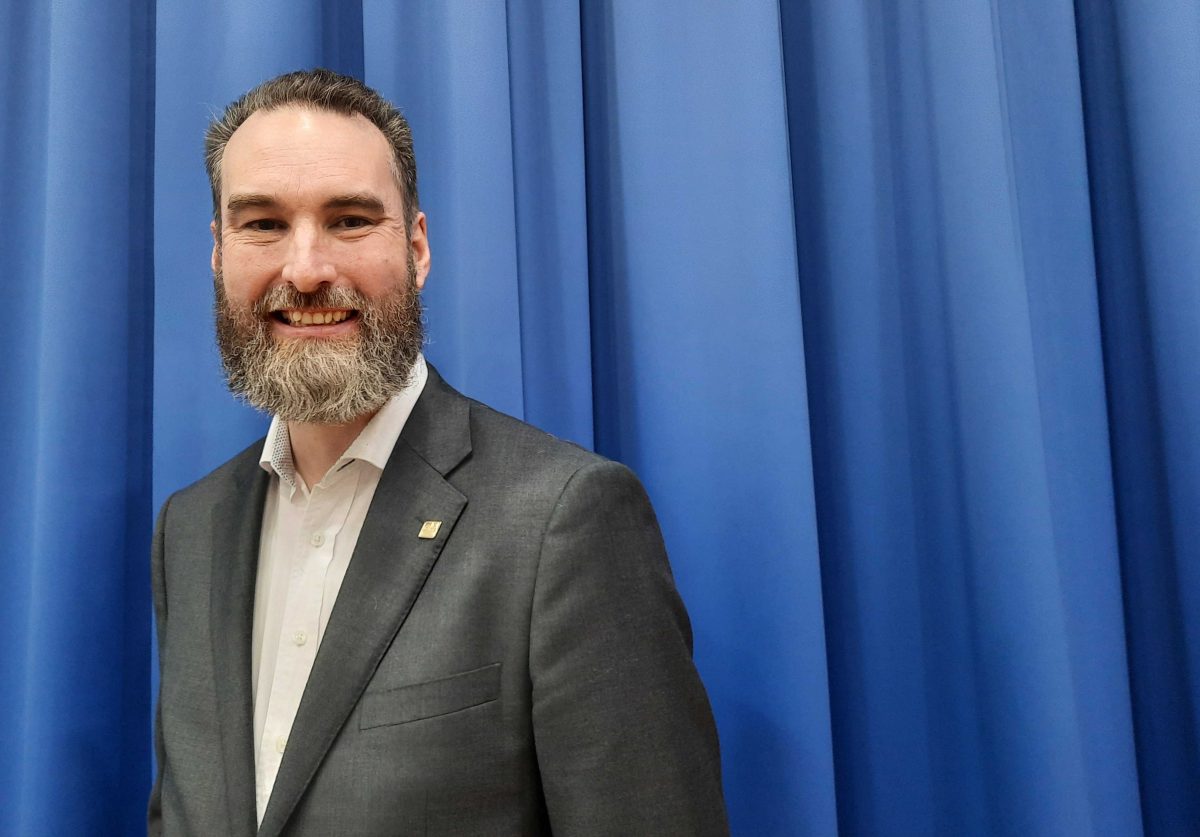 Perennial Liberal candidate Ed Cocks will finally take a seat in a parliament, replacing Giulia Jones to represent the southern electorate of Murrumbidgee in the Legislative Assembly in a countback boilover.

Mr Cocks was not in most people’s reckonings, with fellow Liberal Amardeep Singh thought to be the expected victor.

But at today’s Elections ACT countback at the Assembly at 12:30 pm to determine who would replace former deputy leader Giulia Jones, it was Ed Cocks’ name that Commissioner Damian Cantwell read out after the computer did its work.

Mr Cocks said he was humbled to be elected and looked forward to hitting the ground running with leader Elizabeth Lee and representing his electorate.

Asked whether he was surprised at the result, Mr Cocks said he knew it would be close.

“Amardeep ran a fantastic campaign during the election and he would have been a great representative as well.”

Mr Cocks did not pinpoint any particular issues he wanted to pursue but said his priority was to make sure people were heard.

“I’ve always wanted to make sure Canberrans and people in Woden, Weston Creek and southern Canberra have really good representation,” he said.

“While I was campaigning, I knocked on a lot of doors and heard from a lot of people who didn’t feel like they were being heard. My priority is really to get out there and represent my electorate.”

Ms Lee welcomed Mr Cocks to the team and said she looked forward to working with him.

“He’s been a great candidate a number of times, as you know, for the Liberal Party and has been at the forefront of standing up against decentralisation in Canberra, standing up for Canberra jobs,” she said.

“He did that very well as a policy convener within the party and is somebody who’s been a lifelong Canberran who really knows the Canberra electorate.” 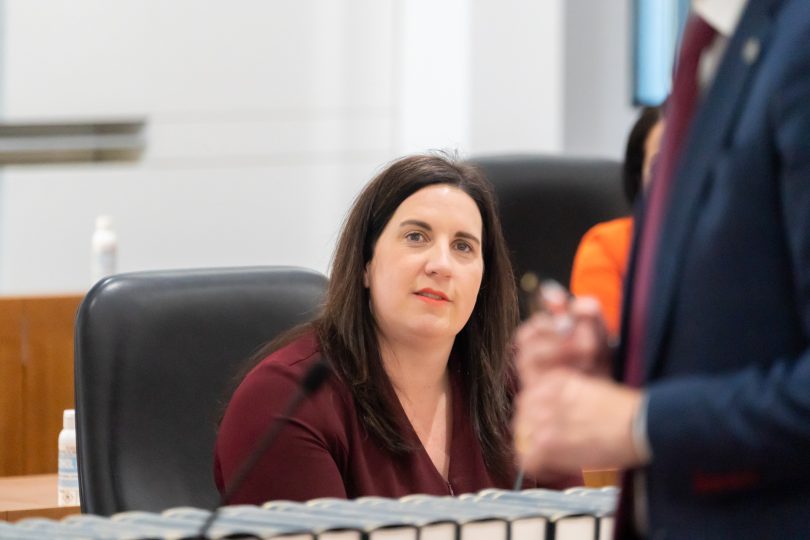 The resignation of Giulia Jones from the Assembly prompted the countback. Photo: Region.

Ms Lee said Mr Cocks brought a wealth of experience from his time working in the Australian Public Service, especially in his current role at the federal Department of Health.

“In that role, Ed has had a strong focus on mental health policy and I have no doubt he will be an asset for the Canberra Liberals and the people of Murrumbidgee as we head towards the 2024 election,” she said.

Mr Cocks is a father of two, has served on a school board, and has been heavily involved in local community councils.

Mr Singh said the countback was a very complex process and he never took it for granted that he would take the seat.

“I won’t use the word disappointed because I don’t want to be disrespectful towards the enthusiasm and excitement of Ed Cocks,” he said.

Mr Singh said he would be back in 2024 for another tilt at the Assembly.

Mr Cantwell said Mr Cocks received a majority of preferences after Mrs Jones’ votes were distributed by computer count, which only took a matter of minutes.

Mrs Jones announced her resignation from the Assembly in May, citing family commitments and health reasons.

The mother of six stepped down as Deputy Leader in January and then took an extended period of leave.

The ghost of Zed still lingers! The party can’t move on if it keeps giving us far right conservatives like Ed Cocks. Ed is a Zed Seselja patsy and a Zed without the “Z”. Just another conservative pulling the leadership strings.

Estelle, you seem very preoccupied with the Liberal party.

Perhaps you should join them and reshape the local party into the progressive utopian political force you desire?

According to the article, Estelle, it’s the countback process which determined Cocks would be Jones’s replacement – not the Liberal party. So, while you might be right (pardon the pun) about Cocks’s leanings, it’s hardly fair to blame the local Libs for the outcome.

He was chosen by Zed and Alistair as a candidate and preselected by the party JustSaying. If the party keep giving us conservative candidates the party will remain in opposition. And yes Chewy I am preoccupied with the party, it’s right wing candidates and its inability to win
govt after 21 years in opposition.

Estelle,
Which is why I suggested you join them and reshape the party in to your preferred progressive vision.

Seems strange to spend so much time focused on a party and candidates that you clearly dislike so much.

At least you acknowledge the unhealthy obsession though, good for you.

Yes, Estelle, he was chosen by the Liberal Party to run as a candidate in 2020 (18 months ago), by people who no longer formally represent the party (e.g. Seselja and Coe). It was a quirk of fate, without any input whatsoever from the current Liberal leadership , which has led to Cocks making it into the current Assembly. Surely, it’s important to look to the future and see who the party nominates for 2024 rather than rake over the embers of 2020, which were virtually extinguished but for the resignation of Jones?

A quirk of fate where there was no input from the current Liberal leadership? The Canberra Liberals have been in opposition for 21 years. They are a conservative party that is unelectable because they do not represent Canberrans. The current leadership team are pretend moderates with the conservatives pulling their strings. All Liberal MLA’s unashamedly supported Zed Seselja during the election campaign. This was despite his far-right conservative views, his interference in ACT politics and working against Territory rights. Since proportional voting was introduced in the Senate in 1949 the recent election saw the ACT becoming the first jurisdiction in Australia to lose party representation. It is now the only Australian jurisdiction without party representation. How bad is that!!! The party’s former president and Zed Seselja confident Tio Faulkner is currently shacked up in a NZ gaol writing his memoirs! But all looks bright so we hear. Elizabeth Lee, in a speech last week reminds party members that it has been a tough couple of weeks. But don’t despair, Deputy Federal leader Sussan Ley will be popping into town next week for a party fundraiser. Remember Susan Ley folks? She was the previous Liberal environment minister who took a taxpayer funded trip to the Gold Coast to buy an investment property. She also actively worked against releasing a report during the election campaign on the environmental damage being done to the Barrier Reef. The venue for this auspicious event? The National Museum of Australia!! How good is that!!!