Liberal mess is a boil that must be lanced: Phelps 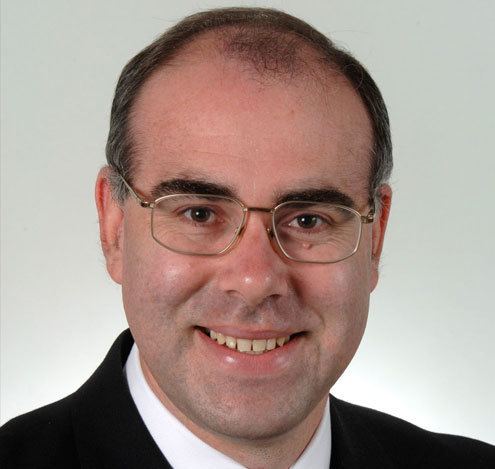 Queanbeyan-based MLC Dr Peter Phelps says that nothing will save the federal government, but it’s not too late for the NSW Liberals. Photo: Liberal Party.

Queanbeyan Liberal Party MLC Peter Phelps says that “absolutely nothing” will save the government as the Federal party spirals into freefall, but an early election is vital to rescue the NSW government’s chances in the forthcoming election. And the conservative State parliamentarian, who lost his own pre-selection for the NSW Upper House recently, says he is “utterly unsympathetic” to Liberal Party members who expect interventions to save their seats.

The latest round of chaos has centred around southern Sydney MP Craig Kelly, who looked set to lose his pre-selection after Liberal Party members in suburban Hughes built the numbers for a moderate takeover.

Kelly’s plea for a high-level intervention was dramatically opposed by former Prime Minister Malcolm Turnbull, but a last-minute move from the NSW executive has guaranteed the safety of all sitting members. Phelps, a dyed-in-the-wool conservative himself, says that Kelly “doesn’t have the numbers, simple as that. You can’t call on your leader and say please save me, I’m going to lose.

“The problem with that is the Liberal Party is all about competition. In these situations, I wonder how a Philip Ruddock or a John Howard, who had to face down pre-selection panels of 20 people would consider this desire that you have to be accommodated, and there can’t be internal strife caused by the democratic right of branch members to have their say.”

The deeper irony pointed out by many commentators, is that Kelly was one of the voices calling for reform to ensure that branch members had a greater say in who was pre-selected as a Liberal candidate. The plan originated with former PM Tony Abbott, who had a surprisingly close call with his own Warringah pre-selection recently, in the face of an apparent moderate resurgence in some Liberal Party branches.

Phelps says the ongoing chaos in the Liberal Party is one of a number of sure signs that Federal defeat is imminent. He’s repeating his call that an early Federal election will lance the festering boil and give the NSW Liberal Party some clear air. Since the Federal election trumps State arrangements, he’s suggesting that calling a March 1 Federal election would force back the State date and that even a month would help the situation.

“The Liberal brand is being poisoned by what’s going on federally,” he says. “The best thing that could happen is that the Feds bite the bullet, and the bitterness and unhappiness that the voters have is excised. Every poll from July 2016 has been 53 – 47 for Labor with the margin of error. Every single published poll. Put bluntly, there is no hope for the Federal government unless Bill Shorten went out and murdered someone on live television.”

He doesn’t give any particular credence to the notion that a moderate wave will save the Liberals. “I think it’s futile energy from the sort of people who claim that if we move the party to the left, we’ll pick up votes. If you want those politics, you vote Labor or Greens. Why go for progressive light? Fraser didn’t win by being a progressive, neither did Howard or Abbott.”

While he describes himself as “roadkill on the factional superhighway”, Phelps believes that there are generally good Liberal prospects in NSW from the so-called blue-collar aspirational vote in places like the Central Coast and regional centres including Wagga and Queanbeyan. “Gladys Berejiklian is not flashy but she’s competent. State voters want roads, schools, no crime waves, and the NSW Liberal Party has been good at the retail end of politics.”

And while Phelps will be out of a job himself from next March, he’s realistic about his fate. “The Liberal Party are great on competition, not so much at looking after their former members. I’ll be chucked on the scrap heap, but I’ve been in politics and I know what it’s like. McDonald’s at Queanbeyan is still hiring – at least I”d have a respectable job then!”

Is the Liberal government headed for certain defeat at the polls?

One thing Phelps got wrong is that every federal poll since July 2016 has been 53-47 to Labor. In Nov 2017 around the end of the marriage survey, Newspoll had Labor leading 55-45. Then it gradually rose until Apr 2018 when Labor’s lead was pulled back to 51-49. Apart from a slight dip in May-June it stayed there until 12th August. The trashing of the NEG and change of PM saw it blow out to 56-44, a point it had never reached under Turnbull. Morrison’s “honeymoon” period saw the lead drop back to 53-47 by mid October, but Liberal actions since then, including allegations of internal bullying, have seen it increase back to 55-45.

Kelly O’Dwyer said that voters saw the Liberals as homophobic anti-women climate deniers and she’s not wrong. When the right wing of the party have decided to fight their culture wars on marriage and climate and strong armed MP’s to support a change of PM, that’s when public support has turned away. The great what if of today is what if the right wing of the Liberals were rational and supported the NEG and Turnbull? I suspect that the polls would have seen them draw level with and maybe even slightly ahead of Labor by now. Instead they’re facing down the prospect of a massive election loss of their own making.

Garfield, I didn’t get anything wrong in relation to the polling.

Genevieve appears to have incorrectly transcribed “within” as “with”, but even on that basis the figures you cite ARE WITHIN THE MARGIN OF ERROR. 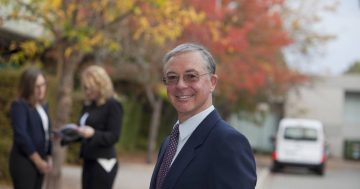 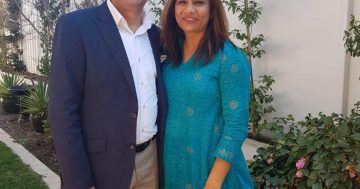